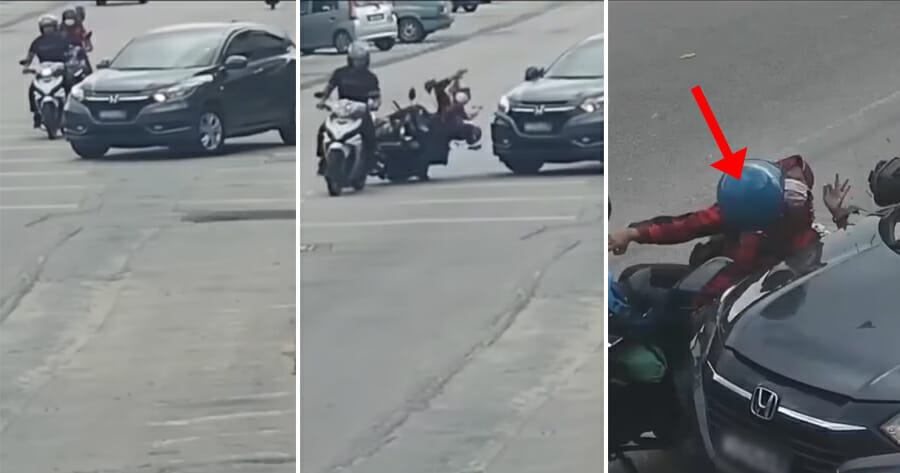 TW: This article contains images and videos that some viewers might find distressing. Viewer discretion is advised.

Sometimes we enter a wrong lane and need to make a little u-turn to get back on track. But some drivers are just too lazy to find a proper and legal u-turn junction to make a safe turning.

One driver caused an accident with a motorcyclist after he decided to make an illegal u-turn on the spot without considering oncoming traffic. The incident took place on 25 March at Jalan Kelochor, Kota Bharu.

In a video posted on the Facebook page Info Roadblock JPJ/POLIS, a Honda HRV can be seen slowing down just before entering a one-way lane with its right signal light switched on.

The driver then starts turning, seemingly wanting to make a u-turn to enter the opposite lane while two motorcyclists approach the scene.

One of the motorcyclists manage to dodge the turning car and at this point in time, the driver is alerted of the oncoming motorcycles and stops. However, the second motorcyclist fails to manoeuvre around the car and rams into it, causing two of its riders to fall to the ground.

The driver immediately reverses out of the way as passers-by rush to the motorcyclists’ aid.

It is unclear if the two motorcyclists suffered any injuries as further information have not been made available at the time of writing. 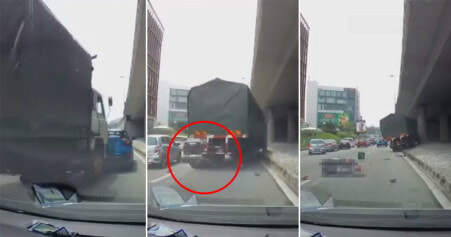