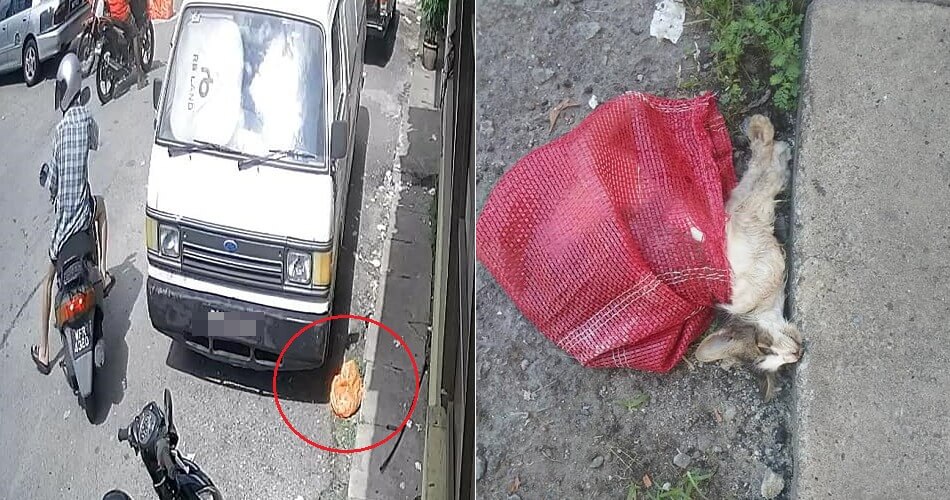 This is just cruel!

The Star reported that just last week, a stray cat was found dead in a red mesh onion bag near a shop in Selayang Jaya. Omg, poor cat!

This act of cruelty was brought to the public’s attention by a netizen who shared videos and a picture of the man throwing the cat near the shop. Nurul Ain Abdul Hamid was quoted as saying,

“The shop owner informed me that based on a CCTV recording, she saw a man tossing the bag with the cat in it.”

You can watch the horrific videos below:

Apparently, the desperate cat tried to free itself of the bag for about an hour but it finally gave in and took its last breath. According to the CCTV footage, the tragic incident happened at around 10.35am on 5th May 2019.

Besides that, Nurul also shared the motorcyclist’s number plate which was caught on camera. What’s even sadder about this story is that the poor cat – which is usually found wandering around the area – is actually “mute”. 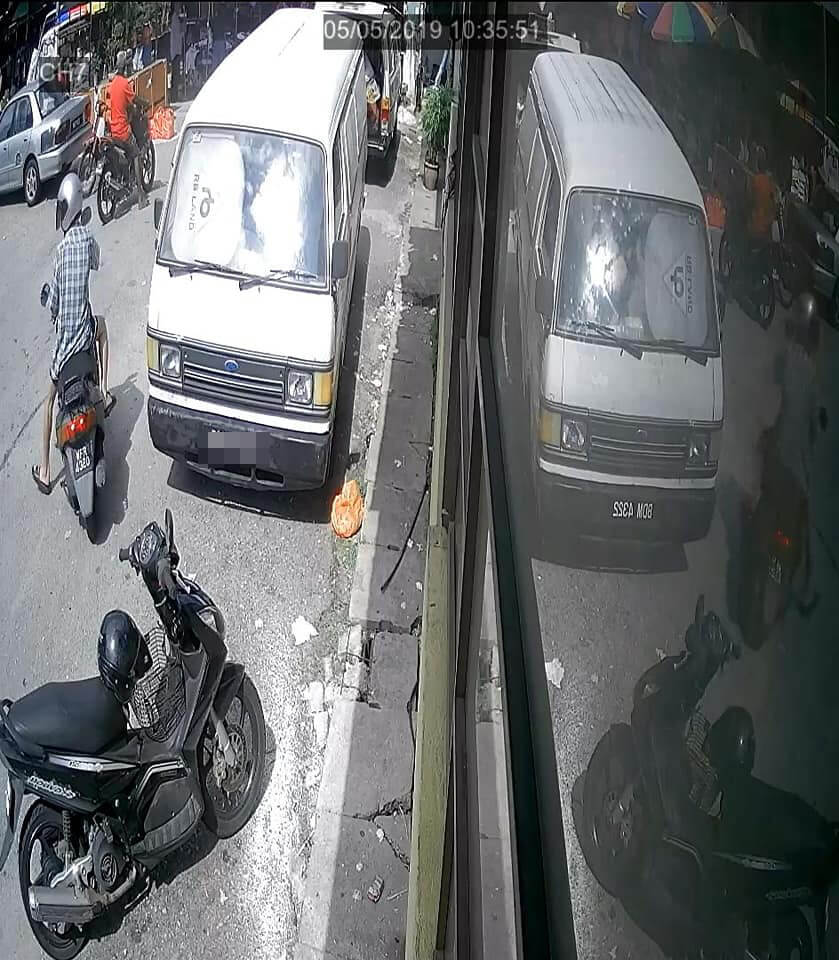 “(Dear motorcylist), where is your humanity? The cat also has a right on this earth.”

At the time of writing, Nurul’s FB post has garnered over 2,400 shares and more than 2,500 reactions. 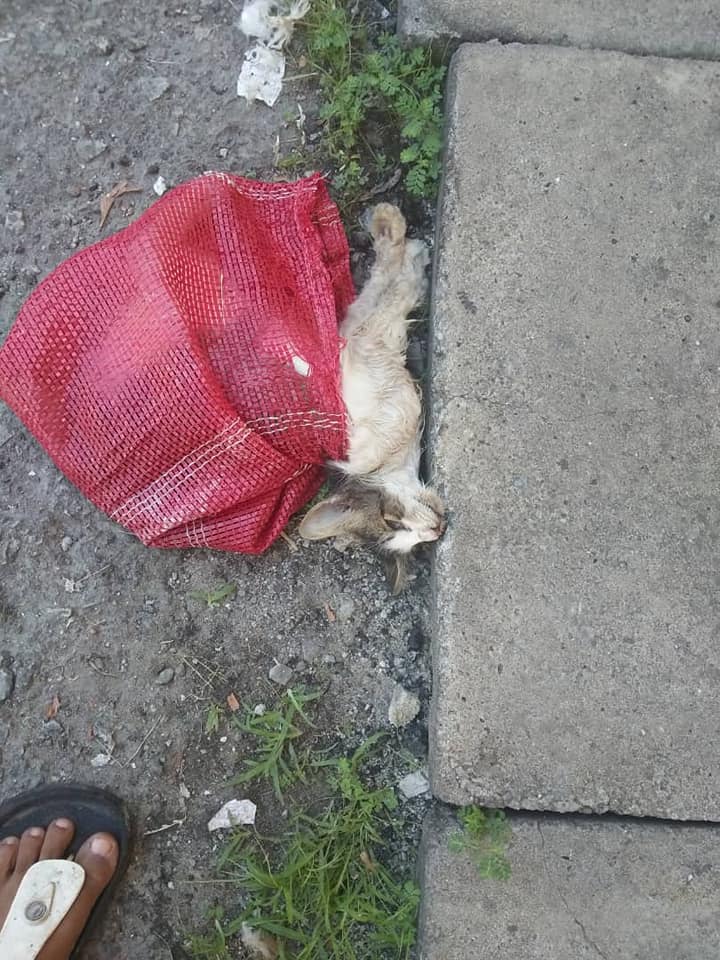 In her post, Nurul also revealed that she has made a report with the Veterinary Services Department. Following that, the cat’s carcass was taken by the department in order to perform an autopsy.

On that note, we hope the authorities will quickly get to the bottom of this matter and prosecute the man accordingly if he is found guilty. 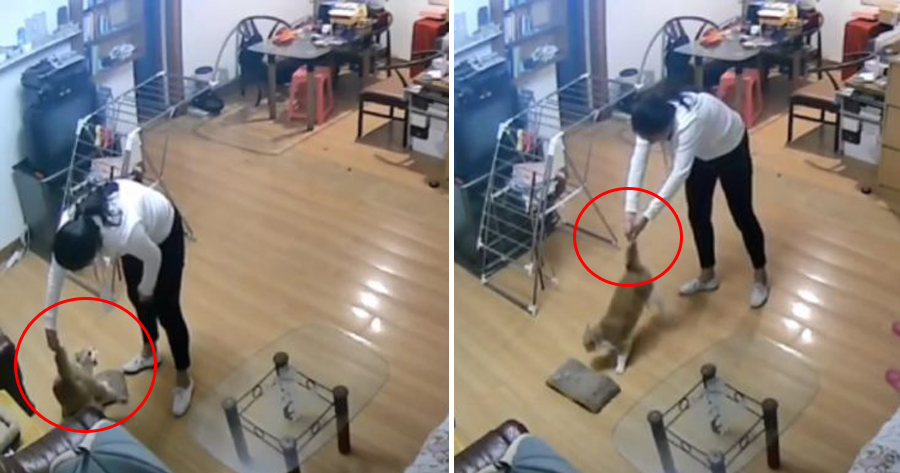