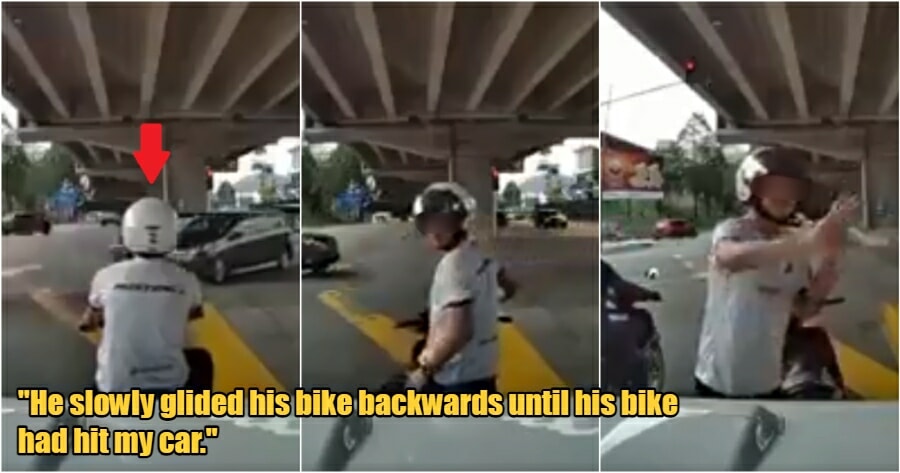 We’ve said it multiple times in the past, and we’ll loudly say it again: Get yourselves dashboard cameras!

If you’re till this day not convinced, here’s yet another good reason why you should install one for your car.

The 我们是马来西亚人 We are Malaysians Facebook page shared a dashcam footage of a motorcyclist in KL, attempting to scam a car owner by backing up into the car and then claiming that the car had hit him instead. You should see the motorcyclist’s reaction the moment he realised the whole thing was being recorded. 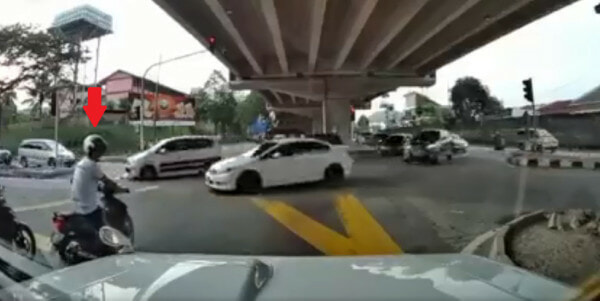 Via 我们是马来西亚人 We are Malaysians, the car owner wrote, “This guy suddenly came and moved his bike in front of me. Then, he slowly glided his bike backwards until his bike had hit my car. Then, he started making a scene. I warned him about my dashcam, then only he got onto his bike and left. Please be aware of such scammers!”

In the video, the motorcyclist could be seen stopping at the traffic light next to the car, but after a quick glance at the car, he moved to position himself in front of it. Considering how close he positioned himself from the car, the whole situation already seemed suspicious. 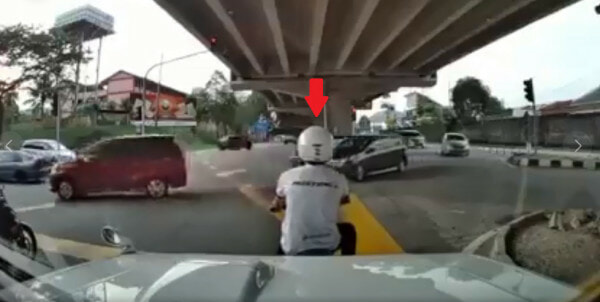 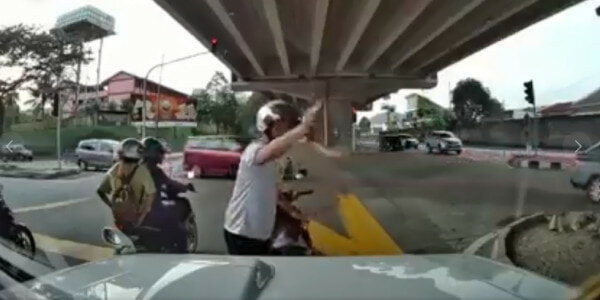 Then, after a while of waiting at the traffic light, the motorcyclist made a swift move backwards, hitting the car.

He immediately got down from his motorcycle and made angry gestures, argued and signaled for the driver to get out. Only after the driver had informed the motorcyclist of the camera recording him, did he stop his drama. 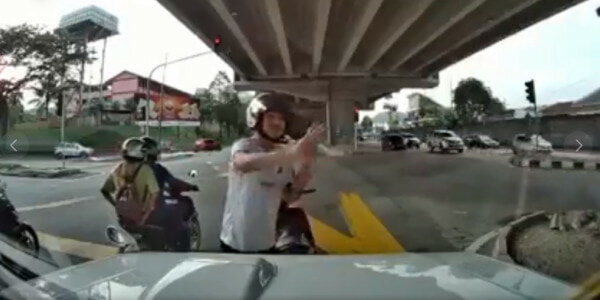 Even then, the driver had to honk at him to move when the traffic light turned green, as he still tried to argue with the driver.

You can check out the footage here:

Posted by 我们是马来西亚人 We are Malaysians on Thursday, December 1, 2022

At this point, everyone should have dashcams in their cars. 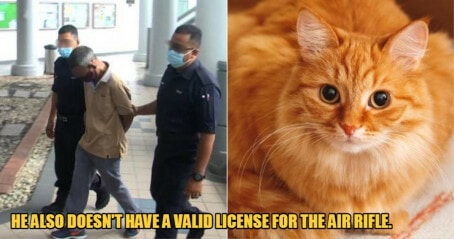