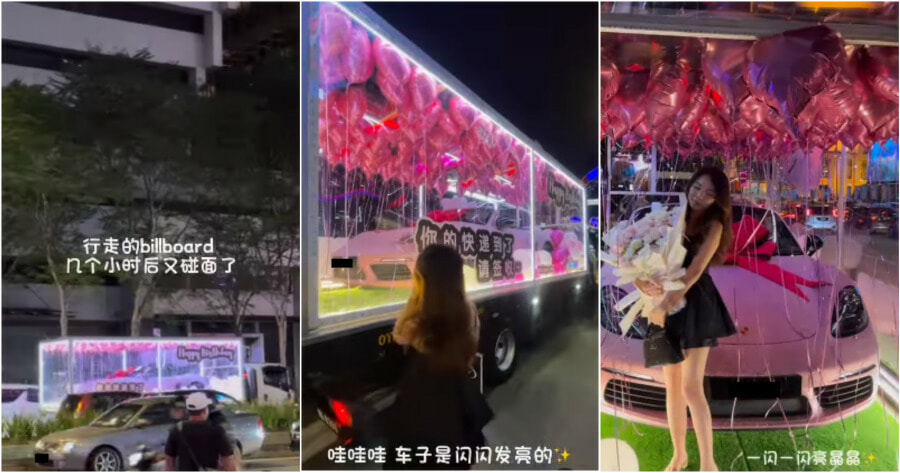 Who wouldn’t want the super car of their dreams, right?

Who knew that a simple joke could become a reality, especially when there’s a Porsche involved. But that is exactly what happened for a girl who was out with some friends in Kuala Lumpur.

Taking to her Instagram account, @hippo.ysc showcased the massive surprise her boyfriend had sent her, after she joked around with the idea of owning a bling-ed out super car. Well, it’s safe to say that her boyfriend took her joke seriously. 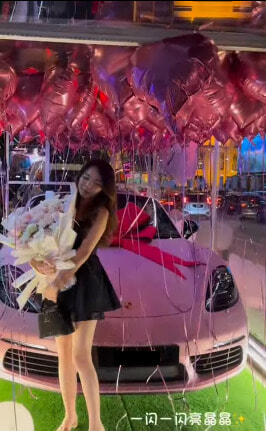 Speaking to WORLD OF BUZZ, she shared how she was surprised by the arrival of a transparent container-like structure on a truck, filled with pink balloons and carrying a sparkly pastel pink convertible Porsche, while she was out on a girl’s night. 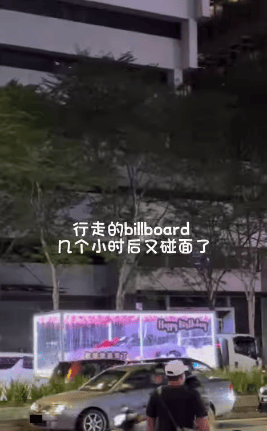 “It all began from the conversation with my boyfriend a few months ago, where I was joking about having a bling bling super car,”

“So on Saturday (December 3), I went on a date with my girlfriends. As I’m trapped in the traffic, suddenly this ‘transparent truck’ passed by me and it caught my eye. Who knew that a few months later (after her joke), this whole joke turned into a reality and it really caught me by surprise that the car is a gift to me,” she said. 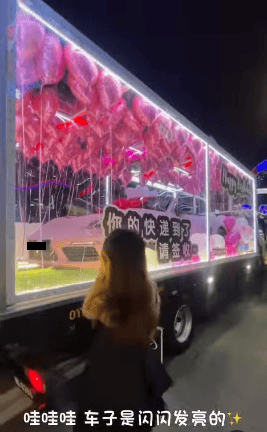 She also added that the whole situation took her breath away.

“It was so surreal to me because I never thought that all of this would happen to me at all.” 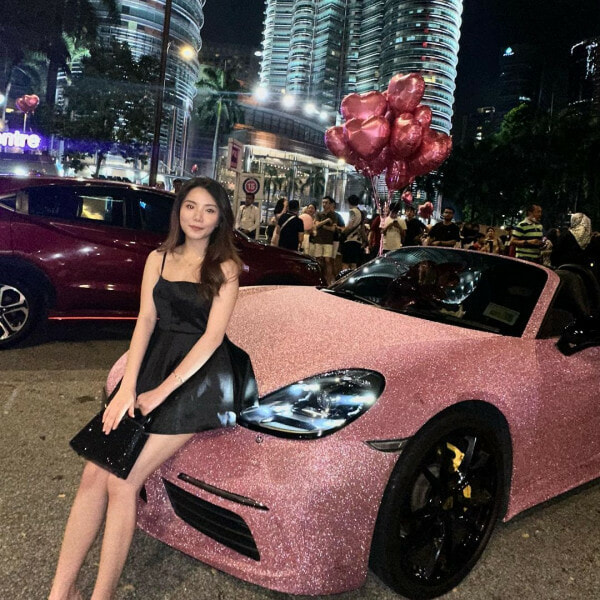 You can check out the video to the super sweet surprise here:

Also read: M’sian Threatens to Cheat on Her BF if He Doesn’t Buy Her the Latest iPhone 14 Pro Max 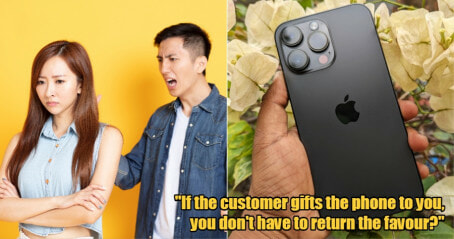