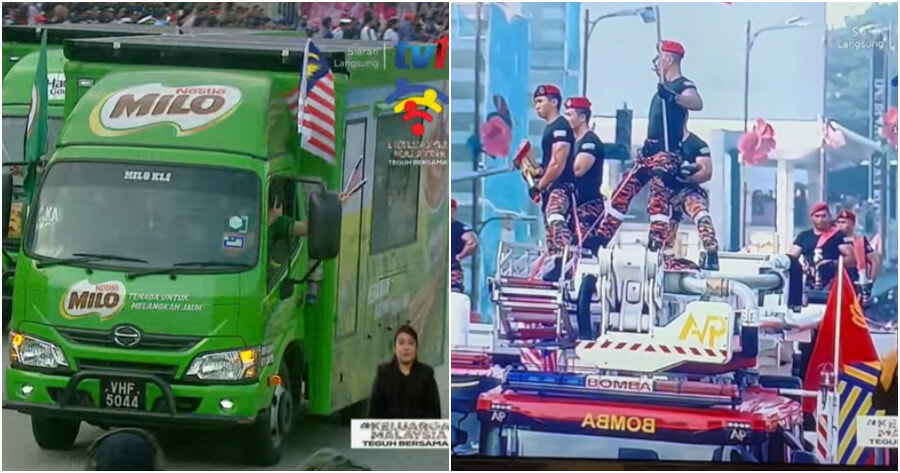 For the love of Milo! No matter where we go or what time of day it is, Malaysians simply cannot deny their affection for the renowned beverage.

A pack of iced Milo sounds like the ideal beverage to enjoy while admiring the gorgeous firefighters that were seen at the Dataran Merdeka performance earlier today celebrating Malaysia’s 65th Independence Day, and that is what spectators got as they were treated to a nostalgic trip when Milo trucks “guest starred” in the parade!

If you look closely, you can see that one of the passengers proudly waved the little Jalur Gemilang from his seat as the crowd applauded. If you were watching the parade from home, you might have wondered if the Milo trucks merely drove by the crowd, leaving them “thirsting” for the famous beverage.

Several Malaysians who happened to be there stated in the comments section of MGAG’s Facebook post that people were able to quench their thirst with Milo because they did in fact get free beverages! 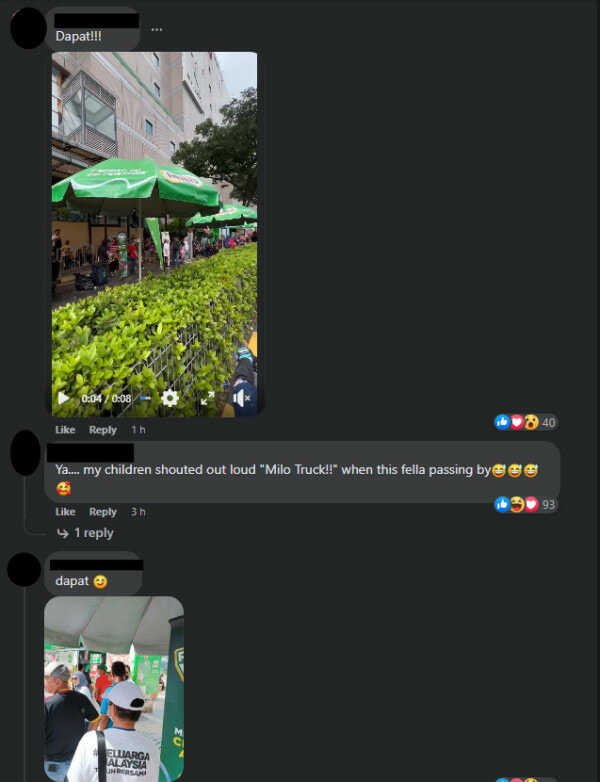 Meanwhile, Malaysians used the occasion to convey how happy they were to see Milo trucks on the scene. Some were pleased that Milo trucks were included in the National Day Parade since they are so recognisable, and netizens also joked that Milo trucks are the only weapon one will  ever need to rule the world, in addition to it bringing back fond childhood memories. 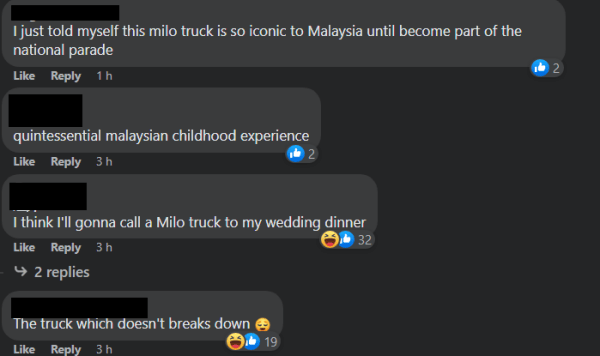 The visitors, regardless of their age, all cheered in excitement upon the “grand entrance” of the Milo trucks. 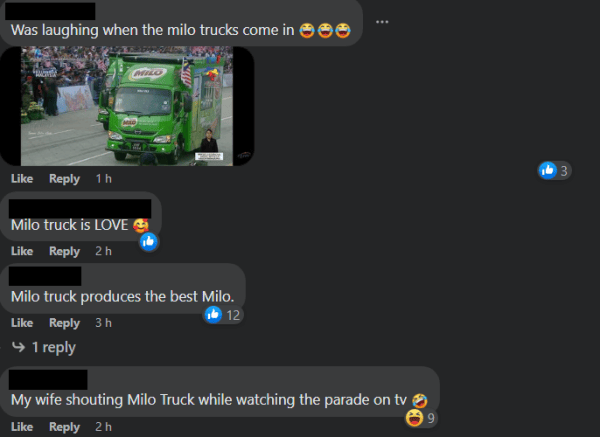 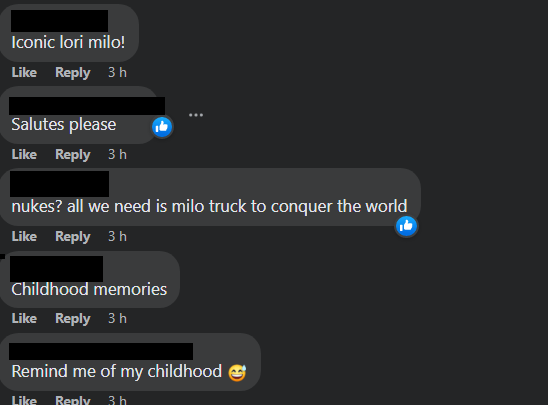 There is never a bad timing for Milo, but something else also came that ignited Malaysian’s ‘thirst‘ – and it was not for beverages!

Firemen “to the rescue!”

Those who attended the parade also had their attention on a group of muscular firefighters on the fire truck that took the parade by storm!

RTM took to their Facebook page and shared a short clip of a team of firemen standing on the trucks while holding the Malaysian flag. 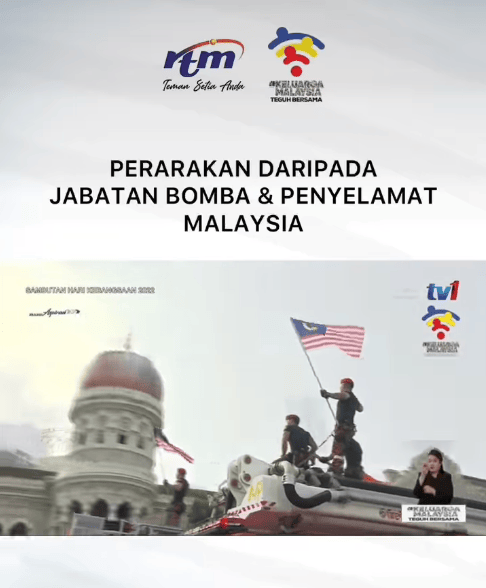 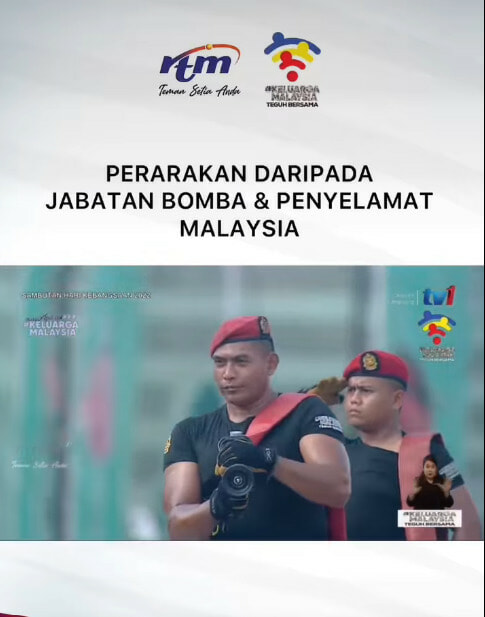 The “pleasure” of seeing muscular, good-looking firefighters hoisting the Jalur Gemilang during the parade certainly delighted the ladies.

A witness who was present at the parade sent WORLD OF BUZZ a video of the firefighters.

She was a little bit further away from the scene, so she could not see the firemen as clearly, but she was convinced of one thing. The ladies were cheering for our fellow ‘abang sado’ firefighters!

It also did not take long for other social media pages, such as MGAG, to also come up with a meme to highlight the fine looking abang bomba(s)! 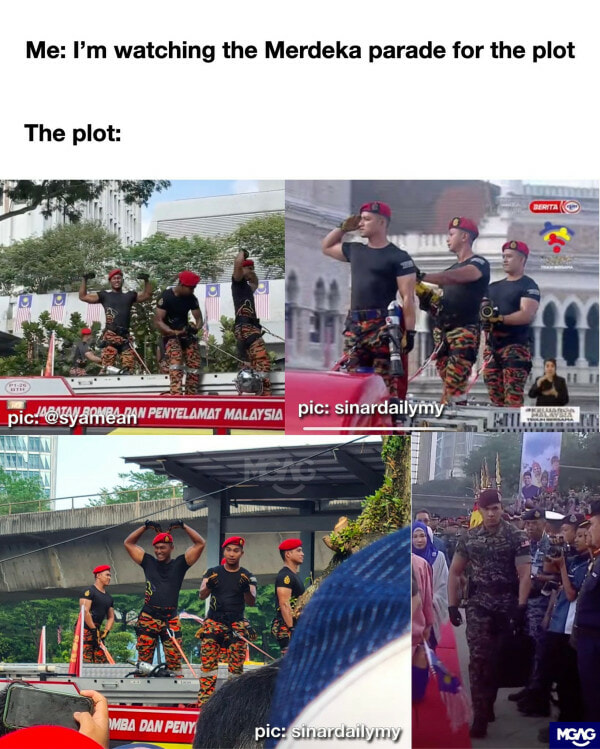 Do share with us what else captured your attention during the parade! 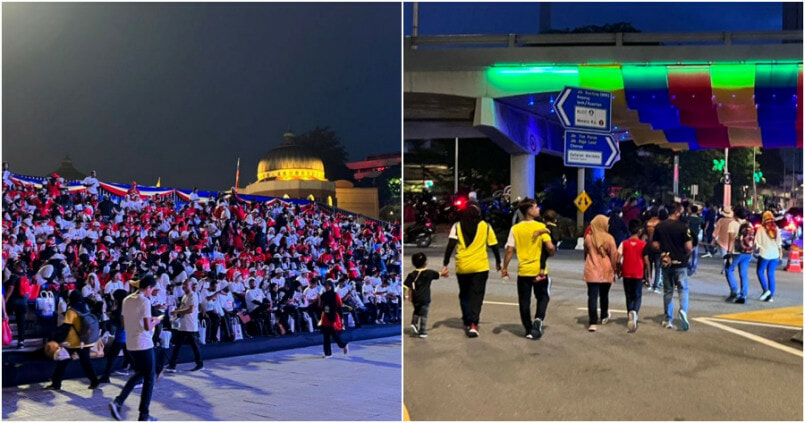