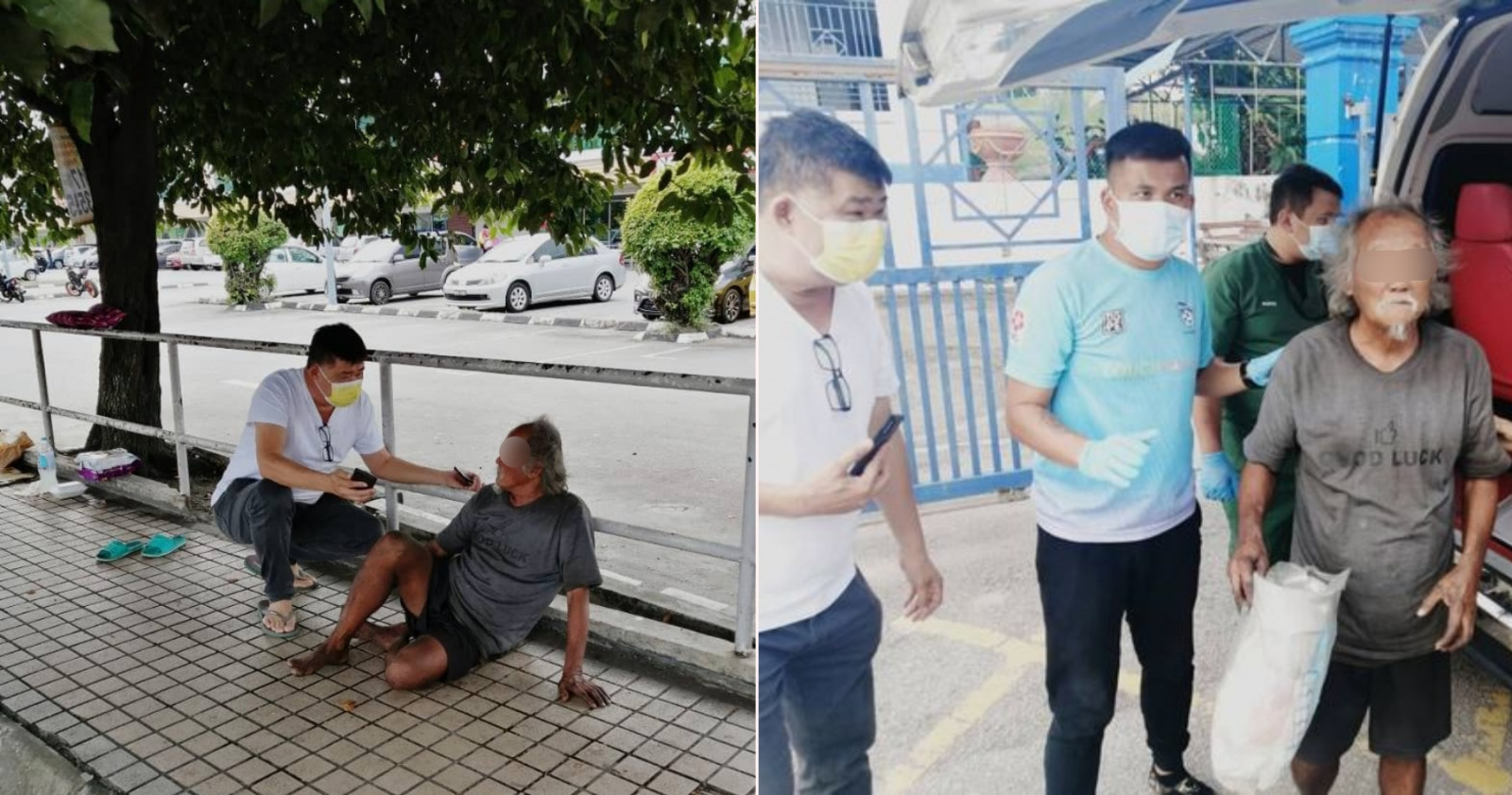 With Chinese New Year coming up, many Malaysians are saddened that their celebrations will be dampened due to the Movement Control Order (MCO).

But, thanks to Uncle Kentang, one family will be celebrating Chinese New Year with a family reunion they won’t forget.

Kuan Chee Heng, better known as Uncle Kentang, took to his Facebook page to showcase how he had convinced a mentally unstable man living on the streets of Puchong to return home, despite others telling him to leave the man be. 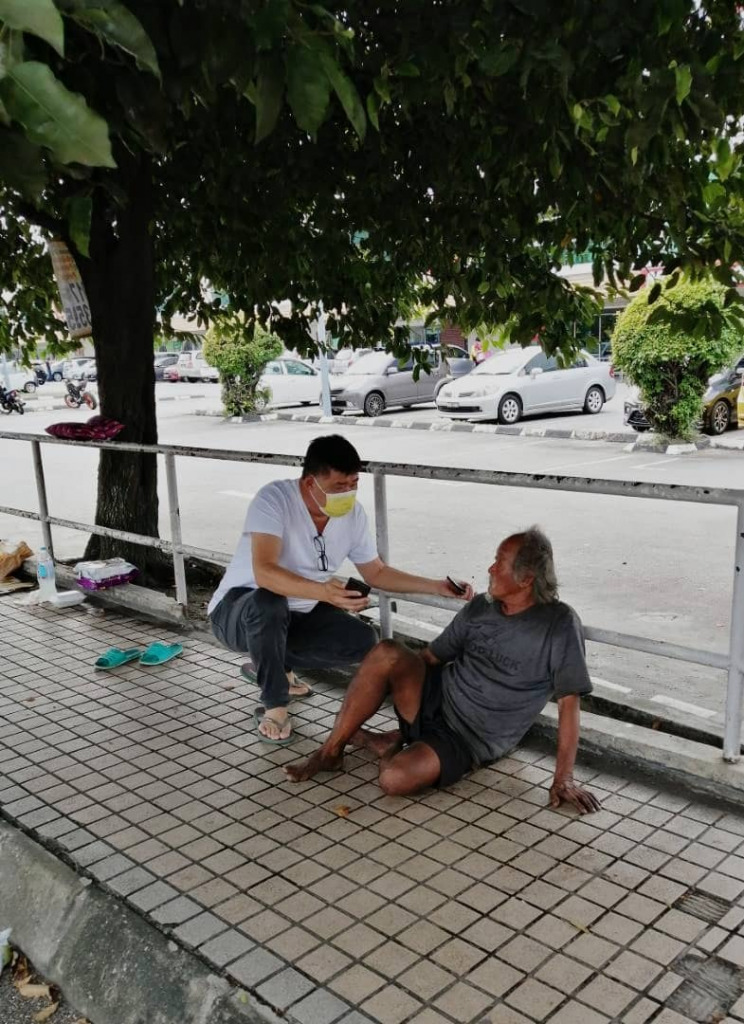 He wrote, “He searches for food from the rubbish dump in front of Tesco, Puchong. He will eat from rubbish bins. Someone alerted me and we sprang into action. We found him and we put him on Facebook, and we received information that his name is Ah Tat. His elder brother is Ah Seng, who lives in Mantin opposite the Mantin police station. He has had mental problems since young.”

Uncle Kentang shared that he tried many tactics to get the elderly man to open up to him, including giving him chicken rice, mandarin oranges, water, coffee, cigarettes and beer, but failed. 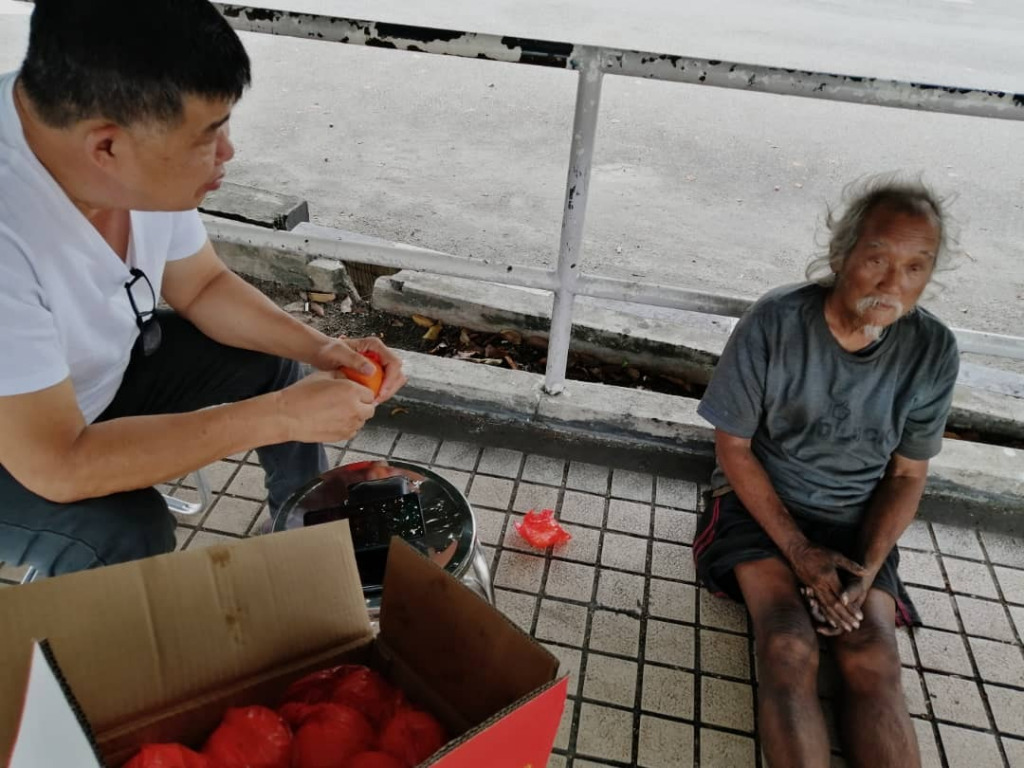 “I gather all the information and spoke to him but in vain. He only gives short and one word answers. But we never gave up. We can easily leave him alone, but I don’t have the heart to do that. I spoke to him and tried to communicate but he often gave silent stares or he will shake his head, signalling a no to me.”

Apparently, people had told Uncle Kentang to leave the man be, as he is not violent or noisy, and doesn’t pose a threat to public safety. 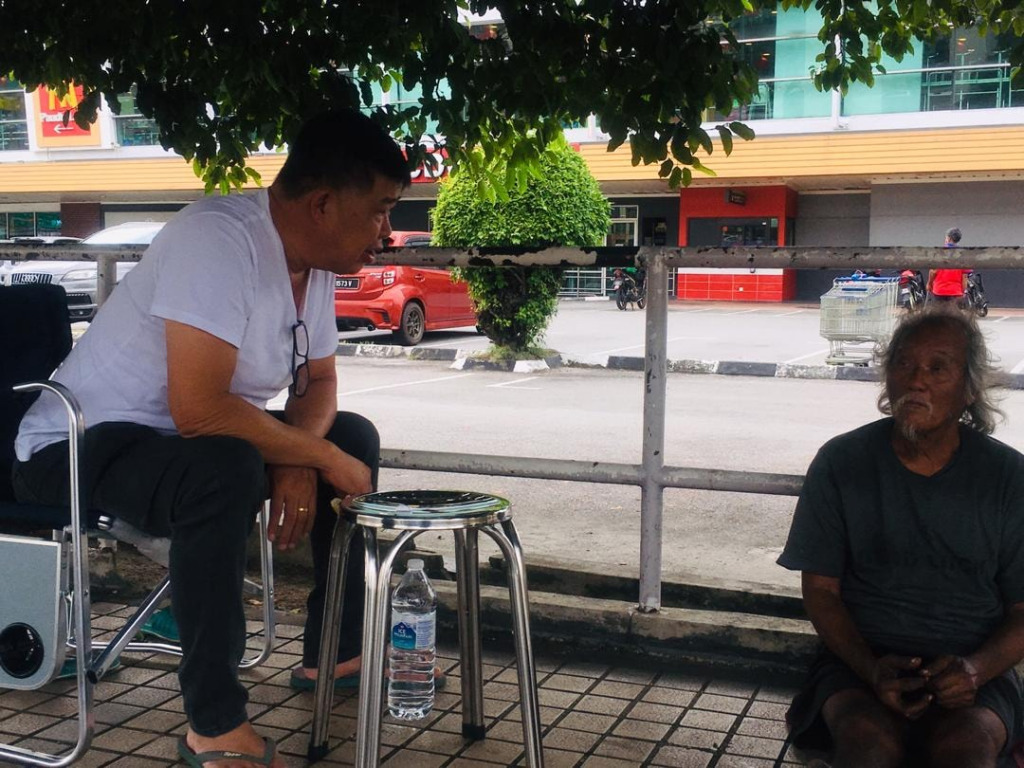 “But, this is Puchong, we shall help him. It is pitiful for him if we leave him as he has been sleeping under a tree come rain or shine. He has slept there for weeks,” he added.

With that said, Uncle Kentang didn’t give up his efforts to help the elderly man and eventually managed to convince him that he just wanted to help.

“As I dug and probed further about his brother and their relationship, I let him hear his brother’s voice through the phone. He knew I wanted to bring him home. I told him, ‘It’s Chinese New Year, come on, let’s go home’, he suddenly gave me a smile and a nod, saying he is willing to go home.” 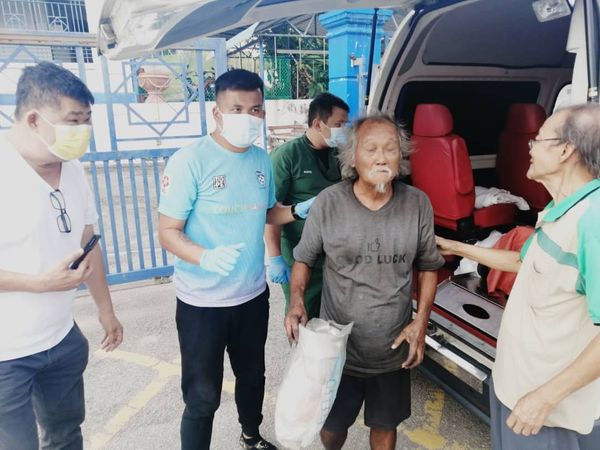 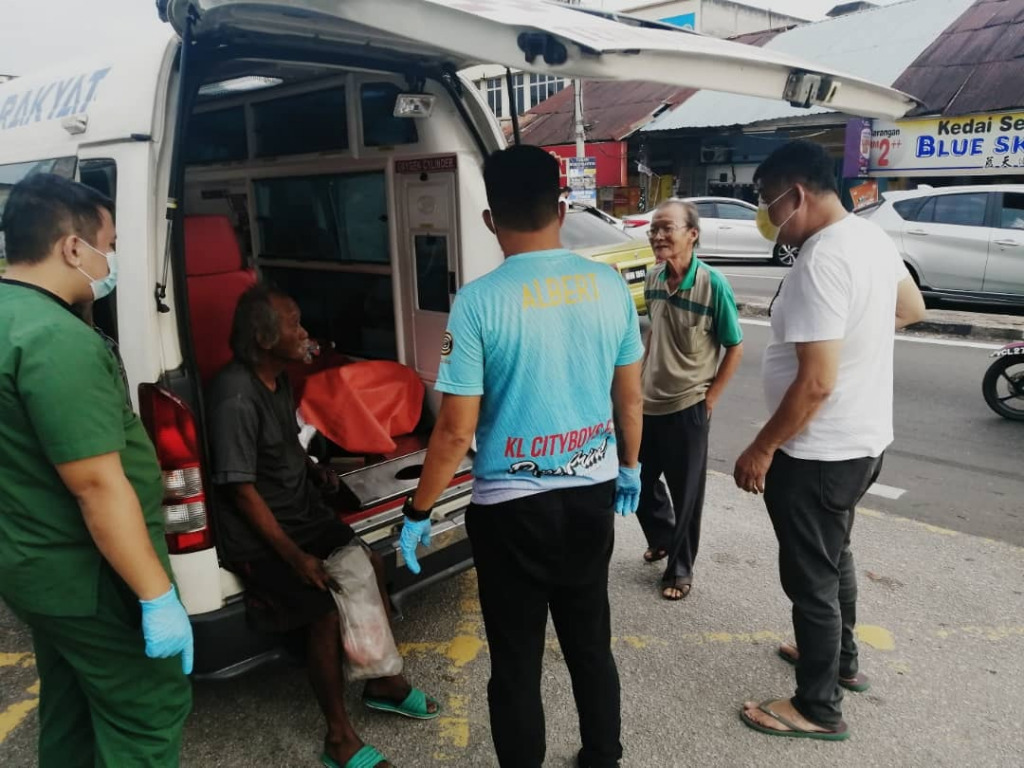 The main lesson Uncle Kentang learned from this experience?

“We brought him home. Lesson learned. Patience wins the day.”

We’re so glad that the uncle is now safely home with his family, just in time to celebrate Chinese New Year together.

Thank you, Uncle Kentang, for showing us that the most important thing about festivals and celebrations is family. 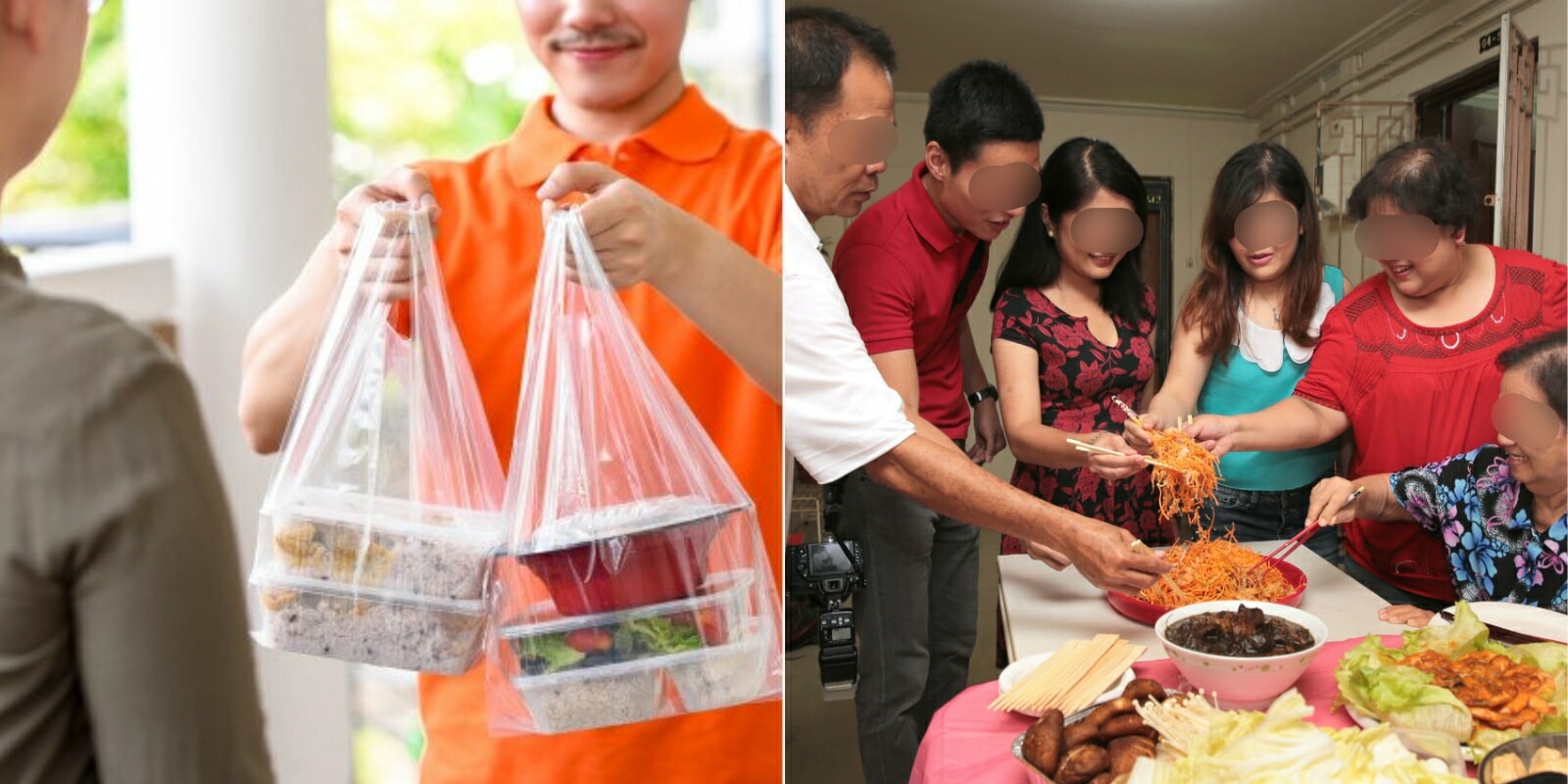