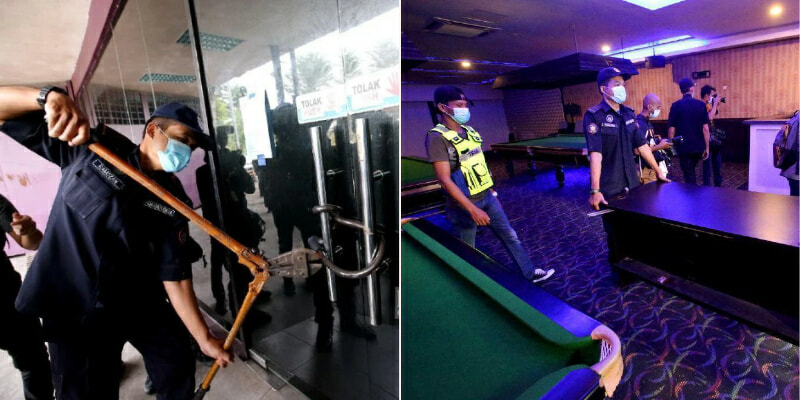 After receiving reports that authoritative figures were receiving bribes to protect illegal gambling establishments in Sungai Buloh, the Shah Alam City Council (MBSA) is now taking matters into their own hands.

As showcased by the Info Roadblock JPJ/POLIS Facebook page, officers of the law could be seen preparing themselves for a long day.

The operation not only focused on illegal gambling dens, but also roadside stalls that are operating without licenses.

“Today’s operations are also being implemented towards businesses and stalls that do not have licenses which are operating on the side of the road, causing traffic congestion,” said Shah Alam Deputy Mayor, Mohd Rashidi Roslan, as according to Berita Harian. 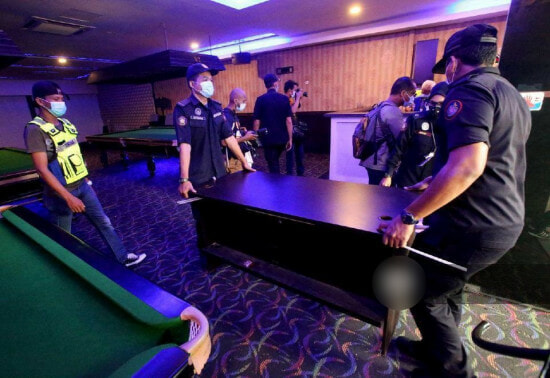 They managed to find a snooker hall that had secret rooms for illegal gambling activities, but the location was already abandoned. They managed to seize the items left behind, including furniture and cut off the location’s water and electricity supply. 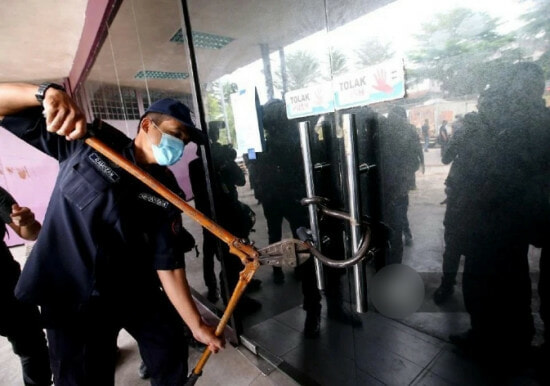 “The seizures are in accordance with the MBSA Hawker By-Laws 2007 Provision 19 (leaving operating goods in public places), Provision 3 (hawking without a license) and Provision 42 (authority of seizure),” he added.

He also added that they managed to give out a good 101 notices to businesses around Sungai Buloh, yesterday.

Over 230 governmental personnel were involved in the cleanout.

It’s good to see our boys in blue cleaning up our streets so that those who are willing to carry out their businesses while following the rules can be prioritised.