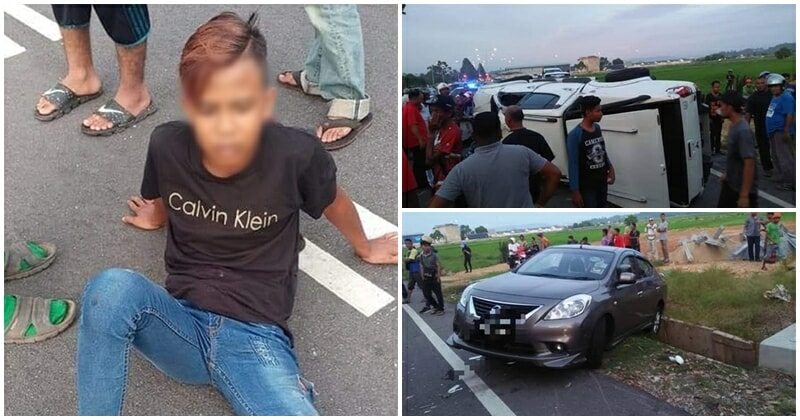 There is simply no end to the Mat Rempit epidemic – from squishing pastries in FamilyMart to making horrendous noises in the wee hours of the morning on their motorcycles.

If you didn’t hate Rempits before, this article will surely make you hate them now.

In an attempt to show off his bike riding skills, one maniacal Rempit became the cause of a severe freak accident that took place on Jalan Guar Chempedak, Kedah. 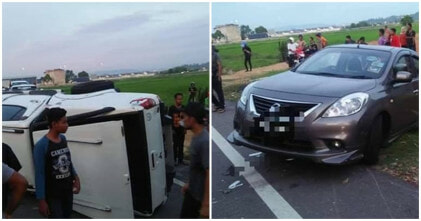 The incident was recorded by the owner of a Nissan Almera which was involved in the accident, and it showed the Rempit and his several attempts to perform a ‘wheelie’ on the busy road which led to the collision.

The video which received more than 200k views saw the Mat Rempit crashing and falling on the opposite lane causing an oncoming Triton to swerve sharply to avoid running him over, and in the process flipping, and ultimately colliding with the Almera.

The photo of the culprit surfaced on social media and netizens took turns criticising the brazen motorcyclist.

“If I was the Almera owner, this kid would have received a piece of my mind. He is better off dead than continuing to be a nuisance to everyone.” 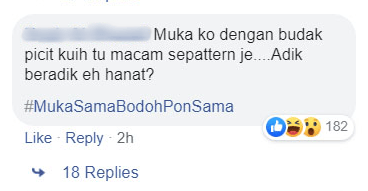 “Your face looks similar to the one responsible for squishing pastry. Are you two siblings?”

We would like to note that we are unable to confirm whether both culprits are related in any way.

The Mat Rempit should be taught how to be considerate to others and recognise that what they do not only endangers others but also themselves. 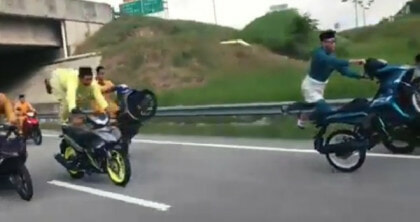