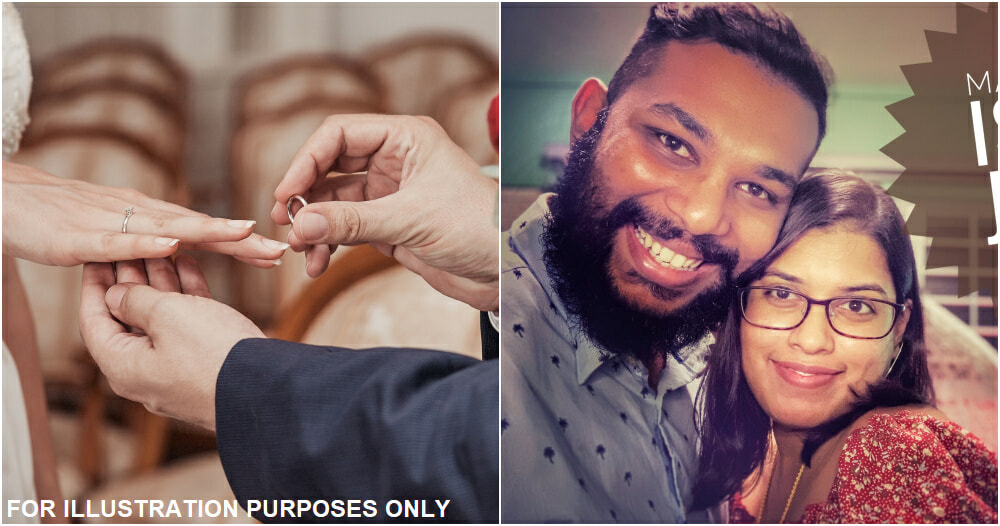 We all have come across movies and stories deeming marriage as a fairytale land that is filled with butterflies and roses. But, in reality, marriage requires compromise, sacrifices, respect, loads of forgiveness, and acceptance.

Some of the common stereotypical ‘jokes’ one would have come across at least a couple of times in their lives are the ones revolving around their wives.

Think about it, how many times have you heard a stereotypical joke about wives giving their husbands a tough time? 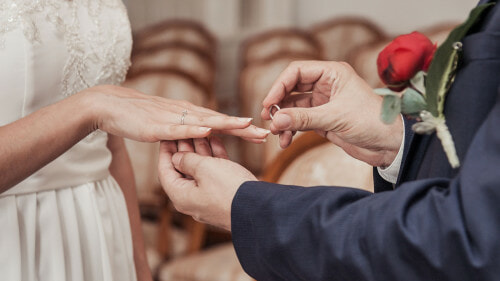 Well, 31-year-old Steven Saudararajan has had enough of these typical ‘wife jokes’ as he took to Facebook to speak up about the long-overdue matter.

In his post which garnered over 1,200 shares, Steven questioned his readers about the common ‘wife jokes’ he would constantly receive in WhatsApp group chats.

“So, I have been in many different WhatsApp chat groups for the past few years lah. But one of the random things that always puzzled me is that men in the groups or rather Indian men would like to share wife jokes or jokes about marriage. (Pondatti (wife) jokes/videos),” Steven wrote in his post.

“But why, huh? I really don’t understand you know. Making Kalyanam (marriage) sound like a death trap and like signing off your soul to her. Even Indian comedians in films make jokes about marriages, “en pondatti ooruku poita!!” (my wife went back to her hometown!).

I mean I don’t see jokes about mothers, sons, sisters, brothers, etc. being forwarded around. But these marriage jokes always pop up here and there and some will even agree with the jokes.

Especially the ‘nagging wife’ jokes and men being victims of women’s personality. Isn’t marriage a tag team concept? Two different people from different journeys coming together to live life. To be a team. One is not superior to another.”

The common stereotypical wife jokes we have all heard before

Steven then goes on to give some examples of the common stereotypical wife jokes that have been circulated around.

“Examples of marriage these jokes are like “What kind of tea do you wish you’d never have? PondaTEA”. (The word ‘pondatti’ is wife in tamil).

In another example, a boy asked his father, “Daddy, how much does it cost to get married?” and the father replied, “I don’t know, son, I’m still paying for it.” 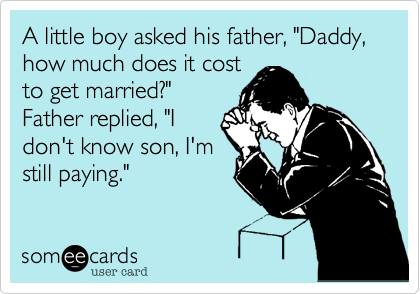 “Marriage is a journey with ups and downs. I get it. Everyone knows that. But do we need to generalise it to a negative thing? You made the choice to get married just like every other choice you made in life.

On a side note, you [should] get married only when you are READY, not because of age or family pressure. It HAS to be your Personal choice rather than a stage of life you need to attain,” Steve explained.

Steven reminded his readers that all women have a maternal instinct in them.

“Perhaps, women tend to nag because they feel more responsible for managing the family and household. Or perhaps men nag too but we just don’t label it as nagging?

Anyways, if anyone sends you a joke about marriage, Just remember, MARRIAGE IS NO JOKE. If you know what I mean,” he said. 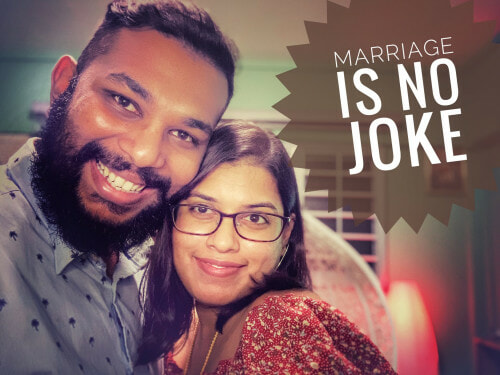 Speaking to WORLD OF BUZZ, Steven, who has been married to his beloved wife for three years and counting, commented further saying:

“A lot of men will think, “it’s a joke. Take it as a joke“. But if it hurts your other half and makes her uncomfortable, then it’s time to reflect and be the CHANGE as men, my fellow brothers. That’s the first step when you self-reflect it for your wife. That all it takes. Isn’t that what marriage is all about? If we change our perspective as men, we can educate the next generation.

This is also a form of abuse. Of course, not physical abuse but an emotional one. Wives feel emotionally degraded and hurt when her husband encourages such things. Why would you want to do that to your partner?”

As much as jokes against marriage and wives create laughter, it creates hurt among women as well. Think about it friends, let’s not even talk about the world, let’s start from home. Let’s start now within you.” 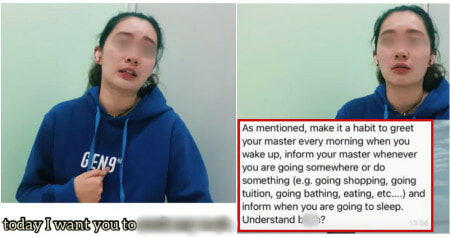