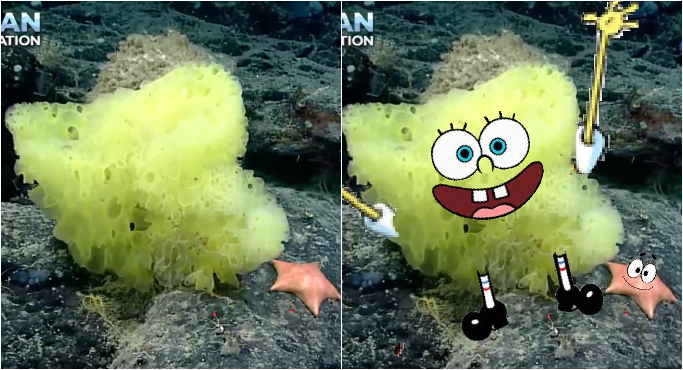 A majority of us can almost immediately answer this question, “Are you ready, kids?”, loudly as we probably would have grown up watching the nautical world of Bikini Bottom with all of its residents; especially SpongeBob Squarepants and Patrick Star. Inspired by a real place by the name of Bikini Atoll somewhere in the pacific ocean, we often imagine what if the Spongebob Universe really exists in real life?

Well, seems like SpongeBob and Patrick does exist as they are real living creatures, although not as flamboyant as their cartoon versions as recently, marine scientist Christopher Mah, spotted the two best buds on the side of an underwater mountain called Retriever seamount, which is located 200 miles east of New York City using a remotely operated deep-sea vehicle. He tweeted the discovery and it immediately went viral.

Christopher Mah told Insider that he thought it would be funny to make the comparison, which for once was actually kind of comparable to the iconic images/colours of the cartoon characters although mostly everything depicted by Patrick and SpongeBob is incorrect. He elaborated that the sponge in the image belongs to the genus Hertwigia and it was rare to find one with such a bright yellow colour so deep in the ocean. The Patrick in the image is a Chondraster which has five arms covered with tiny suckers, creeps across the ocean floor and attaches itself to rocks and other organisms. The sad reality is, SpongeBob in the image is actually Patrick’s prefered menu item.

He revealed that through the NOAA deep-sea expedition, his team has been able to explore up to 4,600-meter depths and discover never-before-seen ocean life, including huge deep-sea corals, deep-sea fish, starfishes, sponges of which many are new to science.

Also read: This Dark Theory About SpongeBob Squarepants Is Ruining Our Childhood Forever 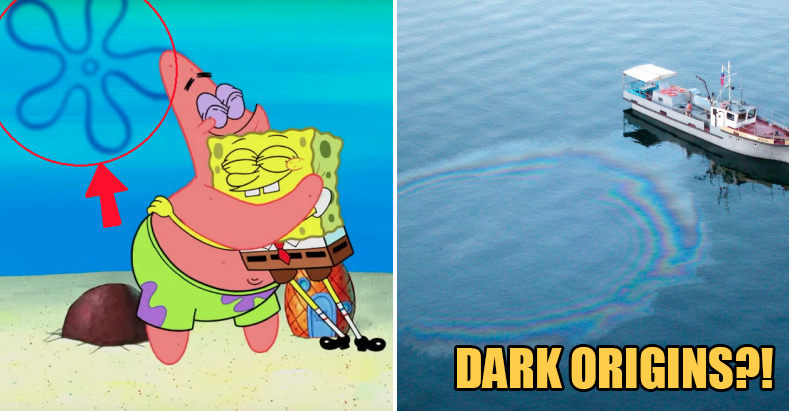