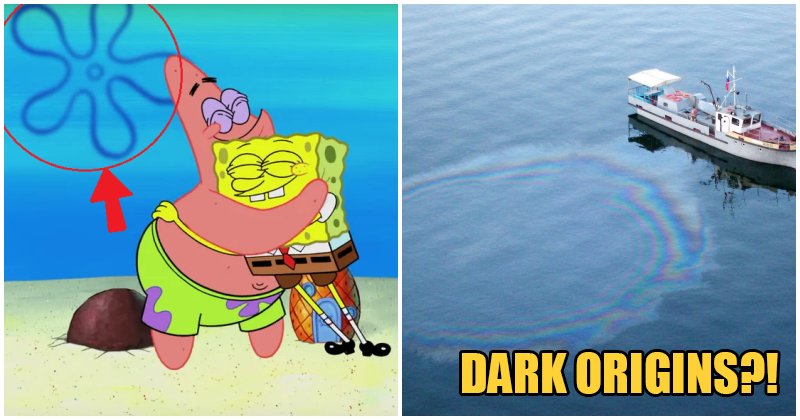 Let’s just cut to the chase, cartoons in the 90’s were so much better than the cartoons kids watch now. I mean, 90’s cartoons were funnier, had better characters and surprisingly, had a lot of underlying, hidden messages.

For example, SpongeBob Squarepants may have been one of the funniest cartoons we watched as kids, but adults have now discovered a dark conspiracy theory about its origin.

CS (@CahayaSakinah_) took to her Twitter account to point out that the flowers floating above the city of Bikini Bottom, the ones we thought were their version of clouds, might be the effect of oil dumping and spills.

She wrote, “Did you guys know that the those aren’t flowers on the surface of the ocean in SpongeBob Squarepants, it’s actually oil pollution?” 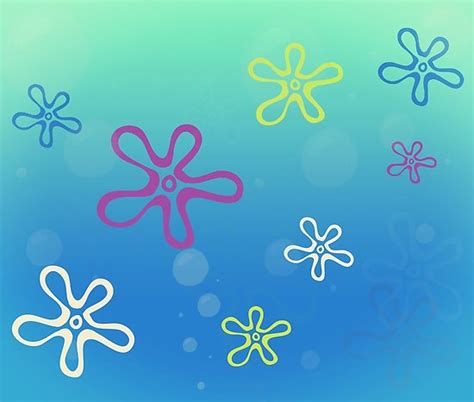 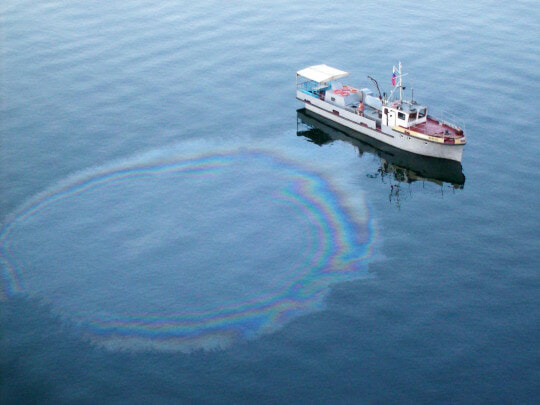 And that’s not even the end of it.

The Conversation has reported that Bikini Bottom may be based on a real life nuclear weapon test site in the Marshall Islands, called Pikinni (or Bikini) Atoll. Between 1946 and 1958, the U.S. government detonated 67 nuclear weapons on these islands causing radiation contamination that has yet to dissipate.

This may jog your memory. 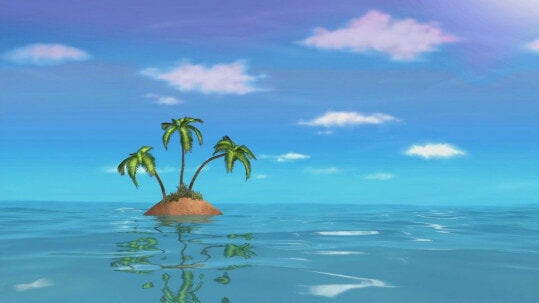 Many speculated that due to the nuclear testing, it caused the animals and fishes in the sea to mutate. Hence, the possible origins of Bikini Bottom.

Since discovering the theory, netizens have also highlighted the fact that Bikini Bottom looks like a wasteland built on scrap metal and typical human pollution. 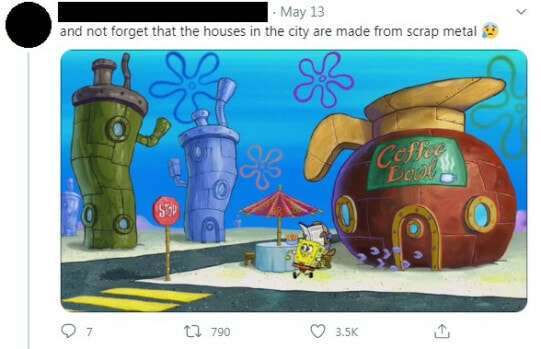 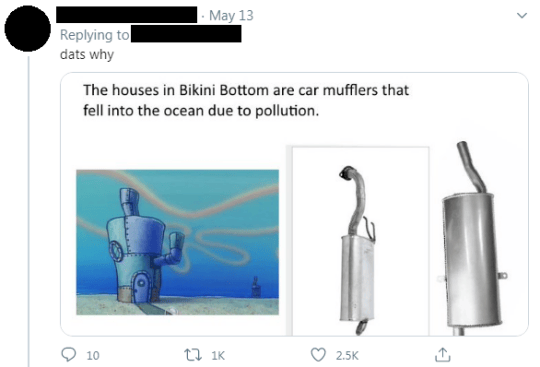 Now, with all these conspiracy theories going about, we decided to take a closer look at it.

Flower clouds are actually for the Hawaiian feel?

The crew at Spongebob Squarepants have denied those claims before. SpongeBob’s voice actor, Tom Kenny has told Huffpost that Bikini Bottom may have been named after Bikini Atoll, but it is definitely a place of its own.

“I think Bikini Bottom is like its own world… When the camera drops below the water and you go to Bikini Bottom, it’s almost like it’s another planet,” he said.

Furthermore, background designer Kenny Pittenger once clarified that the Flower Clouds are actually to give it some ‘feel’.

“They function as clouds in a way, but since the show takes place underwater, they aren’t really clouds… So really, the sky flowers are mostly a whimsical design element that Steve came up with to evoke the look of a flower-print Hawaiian shirt – or something like that.”

As much as SpongeBob himself has debunked this theory, I still don’t think I’ll ever be able to watch SpongeBob Squarepants in the same light ever again.