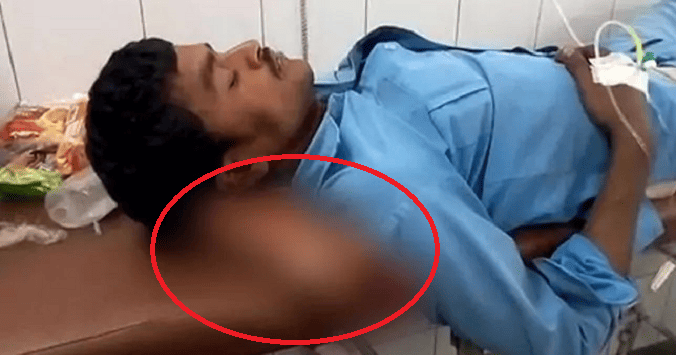 What do you use as a pillow when you’re separated from your comfy bed at home? Bags, stack of books, water bottle, or basically anything that comes in handy to substitute as one. But for this guy, he had a one-of-a-kind headrest.

A man from Jhansi, India had his severed amputated leg used as a pillow to prop his head up on a stretcher in Jhansi Medical College. 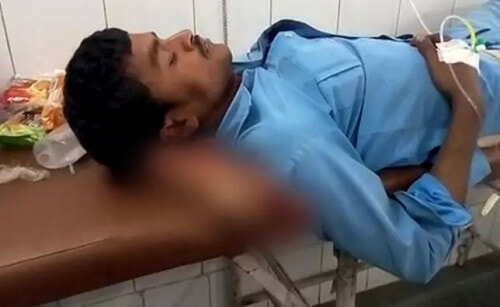 The 28-year-old road accident victim, Ghanshyam, who is a conductor of a school bus had met with an accident in Mauranipur, 65km from Jhansi, NDTV reported. Almost a dozen children were also injured in the accident when the bus turned turtle in Lehcura area in Jhansi district on March 10.

The bus, filled with students, was on the way back from Lehchura. According to The New Indian Express, some animals suddenly came on the road in a village named Bamouri. The driver of the bus then lost control at the sight of the emerging animals, causing the bus to overturn by the roadside. Ghanshyam was standing at the gate and got trapped with his severed leg.

Unfortunately, Ghanshyam lost his leg in the accident and was sent to the Jhansi medical college after preliminary treatment at a local health centre. His brother, mother and other relatives accompanied him to the medical college and brought the severed leg along.

When his family members came back to visit him, they were horrified to find his amputated leg being used as a headrest for him in the emergency ward. 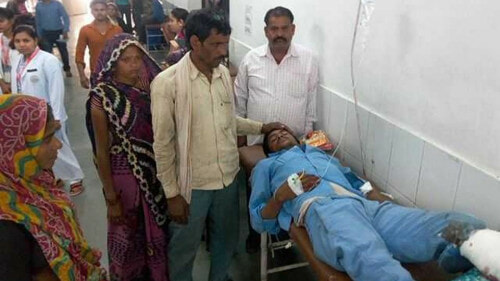 “When we reached the hospital, we saw his leg being used as a headrest. I repeatedly asked the doctors to intervene but they refused,” Ghanshyam’s relative told NDTV.

His relatives also told NDTV that the hospital staff ignored their requests to provide Ghanshyam a pillow. Eventually, his relatives bought a pillow from a local market after two hours as no action was taken.

Hospital authorities intially denied the involvement of the staff in the incident and claimed that a woman, who was the ‘patient’s attendant’ had placed the leg under his head. Sadhna Kaushik, principal of the Maharani Laxmibai Medical College and Hospital in Hjansi said the patient was given ‘immediate’ medical attention and that one of his relatives placed the leg under his head.

She said a woman who had the limb with her did not give it to doctors or other medical staff after the medico-legal formalities were completed. 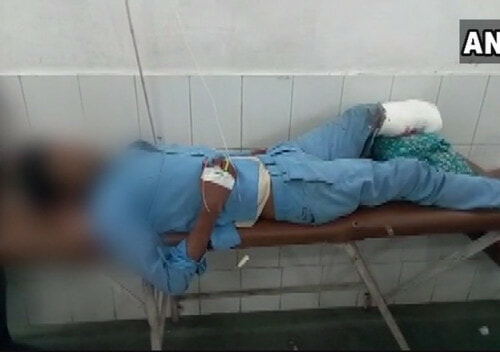 “The doctor looked for something to raise his head, and the patient’s attendant used the leg. I have spoken to 30 people in the emergency ward, no one saw any staff doing it. The case appeared to be the result of mischief,” she said.

However, the victim’s mother insisted that it was a doctor who had placed the leg as a headrest as there were no pillows available at that moment, according to local journalists who spoke to the family.

The shocking incident has led to four staff members of the hospital, including a doctor, a medical official and two nurses, to be suspended by the Minister for Medical Education, Ashutosh Tandon on March 10. 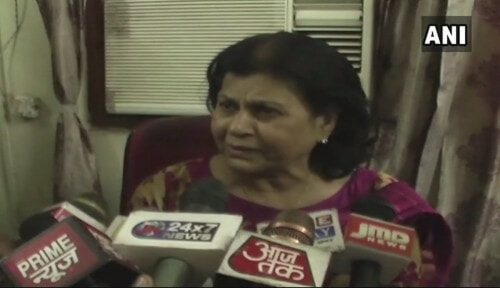 Administrators at the state-run Jhansi Medical College hospital vowed “strict action” after those photos emerged, and the CCTV footage would be examined to find out who was responsible for the “shameful act”, Hinduism Times reported.

“A four-member committee has been formed to find out who put the severed leg under the patient’s head. Strict action will be taken if our staff is found to be at fault based on the findings of the report,” Kaushikk said.

Chief medical superintendent Harish Chandra Arya also said that strict actions will be taken against those guilty after the inquiry.

Hopefully appropriate action is taken against the medical staff responsible for this horrific act!

Also read: Baby Killed in Seremban Accident Aftre Being Flung Out of Car From Father’s Lap 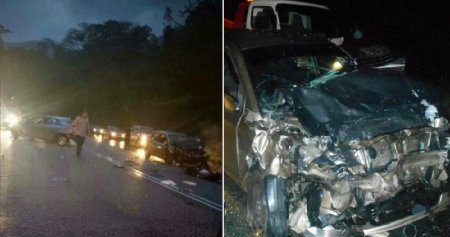