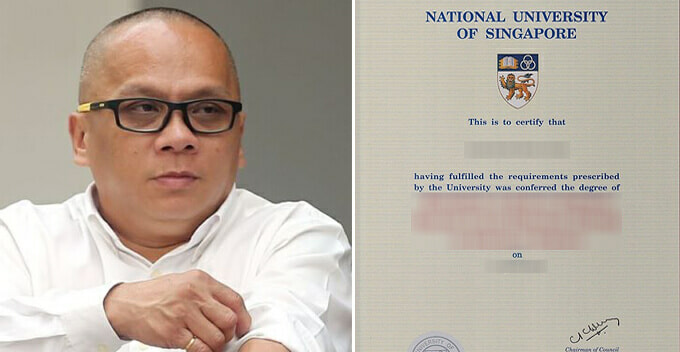 For the past several years, this 49-year-old man has been hopping from one company to another and earning a lucrative salary all based on his fake documents. At one time, he was even earning SGD$9,000 (approx. RM27,000) per month!

According to The Star, Chin Ming Lik only had a primary school qualification and started forging fake documents as early as 2014 when he first heard about how civil engineering is a lucrative career. These were some of the documents that he had forged;

He managed to pull this off after coming across two certificates belonging to other people from previous jobs. Chin overlaid pieces of paper filled with his particulars over these certificates and photocopied them to forge the documents. Don’t do this, guys! 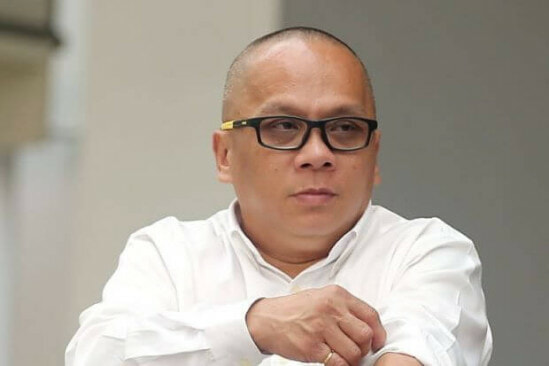 Knowing how certain potential employers would request for original documents, he even made a statutory declaration on 9 September 2015 saying that he had misplaced over ten original certificates when moving house. Therefore, he couldn’t produce them during his job interviews.

On his ‘impressive’ resume, he claimed that he had 16 years of experience and had previously worked for construction companies in Singapore. In fact, he even turned down a job at CHL Construction as a project manager because the salary was deemed too low! By the way, the salary offered to him was SGD7,500 (approx. RM22,500) per month.

Since he doesn’t have any real knowledge in civil engineering, Chin hopped from one company to another before his cover could be blown. It was understood that he never held any position longer than three months in a company and from 2013 to 2017, he had worked at 38 companies with one paying him up to SGD$9,000 (approx. RM27,000)!

His streak was finally broken when a company sent his NUS degree scroll to the university for authentication. No match was found on the database and the police were notified. Jeng jeng jeng!

He was subsequently stopped by the police on 23 April 2017 at Woodlands Checkpoint. Interestingly, he had pleaded guilty for forging the documents but the investigation revealed that Chin has been driving four different cars without a valid license for the past ten years. Also, he committed shop theft while out on court bail on 19 September 2017.

As such, Chin was sentenced to two years and 11 months’ jail and fined SGD$1,600 (approx. RM4,800) for his crimes. His defence lawyer said that Chin was “deeply remorseful for his actions”.

For some reason, this guy reminds us of the movie ‘Catch Me If You Can’. Are we the only ones who feel this way? 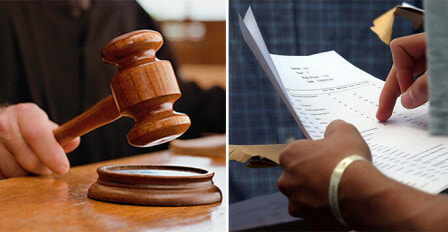