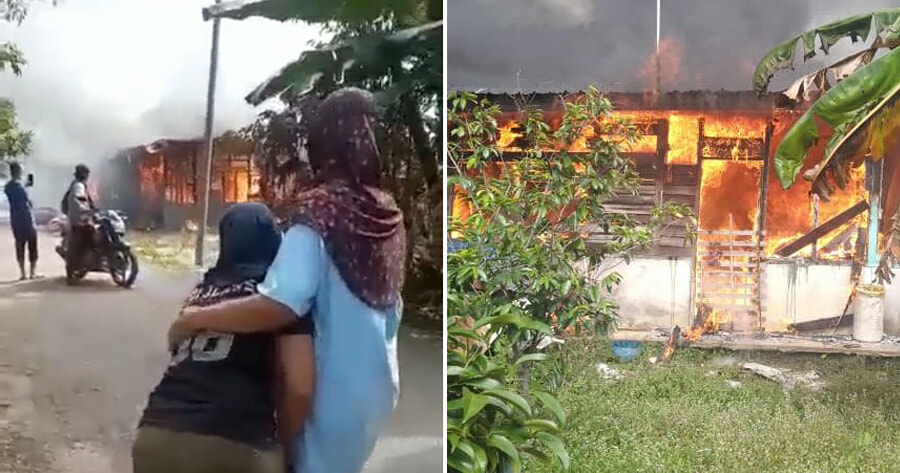 A man who was just released from jail for drug offences set his family’s house on fire after failing to get money from his mother.

According to Berita Harian, the incident happened at Kampung Bukit Kapar, Selangor on 11 October where the man in his 30s was arrested.

North Klang District Police Chief, S Vijaya Rao said the police received a report about the fire at 3.30pm from a 37-year-old woman. She said that she was at work when she was informed that her house was on fire and immediately rushed home.

Upon arrival at her semi-detached village house, the firefighters had already arrived and were trying to put out the raging fire.

It was revealed that the complainant is the niece of the suspect and lives next door to his house. The suspect had confronted his mother, who is also the complainant’s grandmother, to ask for money.

However, after failing to get any money from his mother, the suspect threatened that he would burn the house down if his mother did not give him the money.

He then proceeded to do so which caused 90% of the house to be destroyed.

Selangor Fire Director, Norazam Khamis said a team of firefighters from the Kapar Fire and Rescue Station (BBP) and Kota Anggerik BBP were sent to the location after receiving a call at 3.34pm yesterday. He added that the fire was brought under control at about 3.50pm.

“No casualties were reported,” he said.

Meanwhile, investigations revealed that the suspect is an unemployed man who had just been released from prison for drug offences.

He would be remanded for four days until 15 October while the case is being investigated under Section 435 of the Penal Code for committing mischief by fire with the intention of causing damage to property.

The accused shall, upon conviction, be punished with imprisonment for up to 14 years and shall also be liable to a fine. 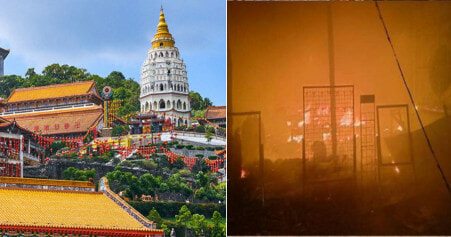