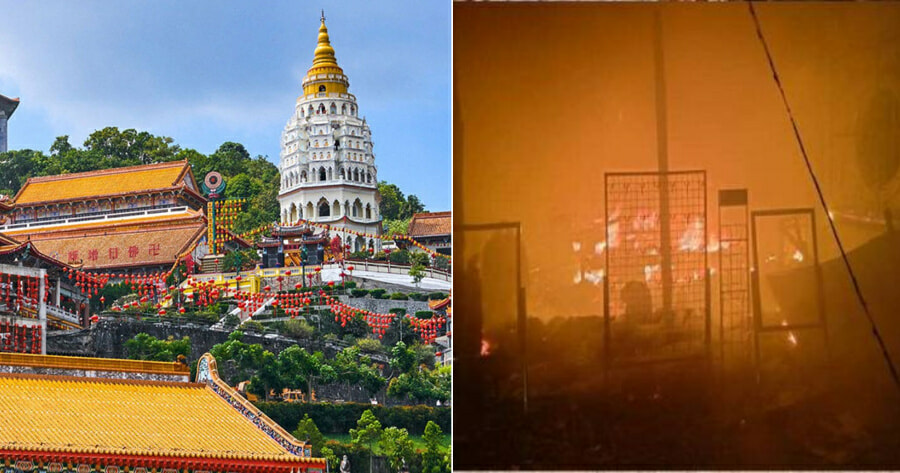 The 130-Year-Old Temple in Georgetown, Penang was engulfed in flames early this morning. The Fire and Rescue Department were alerted of the fire around 2.56am on 12 October.

The Operations Officer, Muhamad Norhisyam Ibrahim stated that once they arrived at the scene, they discovered that one of the hilltop temples had been desecrated. 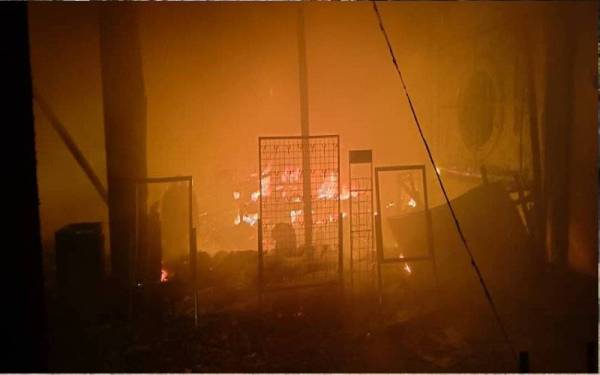 “The damages were estimated to be at 70 per cent. Efforts to control and put out the fire is still ongoing,” he said, as reported by Sinar Harian.

Fortunately, no injuries or deaths were reported. 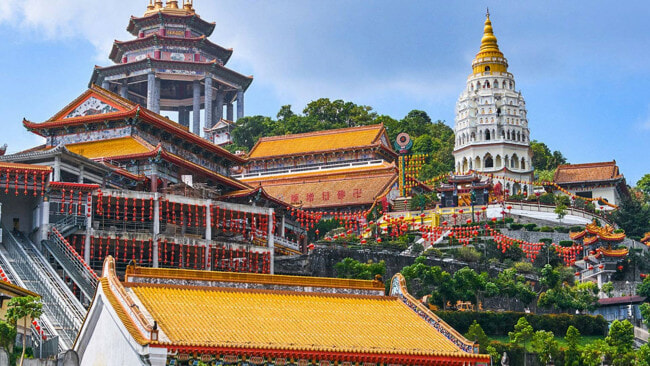 Built in 1891, the Kek Lok Si Temple is one of the finest and largest temples within the South East Asian region. Consisting of extravagant and beautiful murals, carvings, pagodas; and archways, this temple has been utilised for multiple purposes.

Not only acting as a centre for the Chinese culture and Buddhist teachings, the 130-year-old temple is also considered a one-of-a-kind cultural treasure, with Mahayana Buddhism and ancient Chinese rites blending into a beautiful whole.

It is one of the most popular attractions in Penang and Malaysia.

Kudos to the Fire and Rescue Department for the quick response!

Also read: Fire Breaks Out At TNB Substation In Kuchai Lama Area, Cause Still Under Investigation 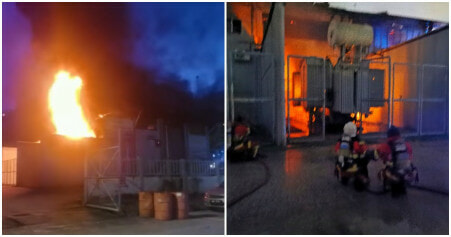