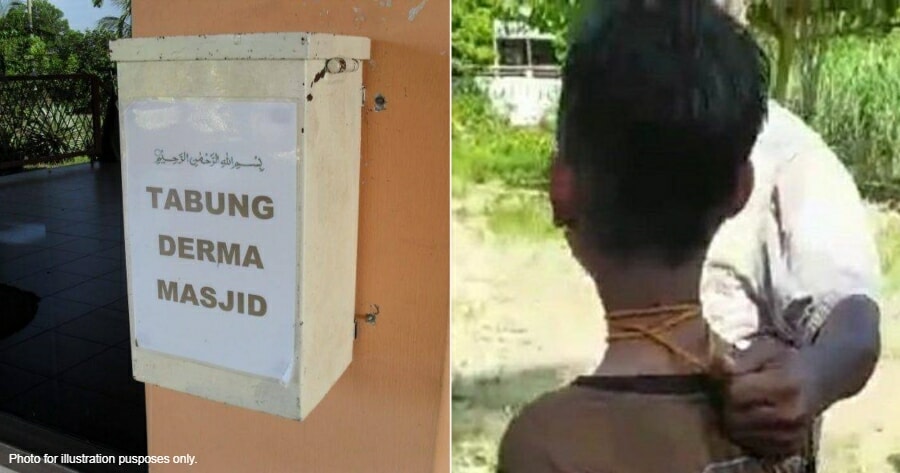 Sometimes, there truly are saddening reasons behind why people resort to crime.

An Indonesian man had tied a young boy’s neck and hands with a rope, before he attempted to parade the boy like an animal after the boy had stolen money from a mosque donation box in Tanah Jambo Aye, Indonesia.

According to Detik News, the 10-year-old boy had resorted to stealing the money so that he could buy food for his sick father and for himself. 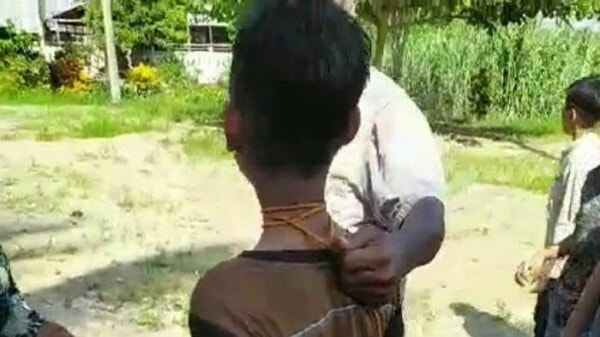 The man had apparently managed to walk the boy for a few steps before he was stopped by residents in the area who were disgusted by his actions and asked him to untie the boy.

Indonesian police spokesperson, Ahmad Yani, shared that their investigations found that the boy had taken Rp1.5 million (RM432.11) from the donation box of the Gampong Ceumpeudak mosque in order to buy food for his father who is sick.

“His father is ill and is being treated at home. The perpetrator wanted to buy food for himself and his father. The remainder was given to his uncle, who then rounded off the money and returned it,” he said.

He added that the case was resolved between the family and the mosque manager and that the man who tied the boy’s neck will be called to testify before the police.

While it is understandable that what the boy did was a crime, the man should have let the authorities do their job instead of taking matters into his own hands in such a disgusting manner.

Based on a report by Kompas, while the family has agreed to pay the mosque back, the man who tied the boy’s neck has since apologised and made peace with the boy’s family. 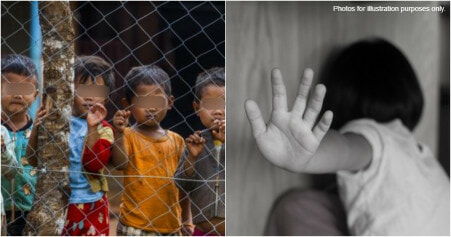