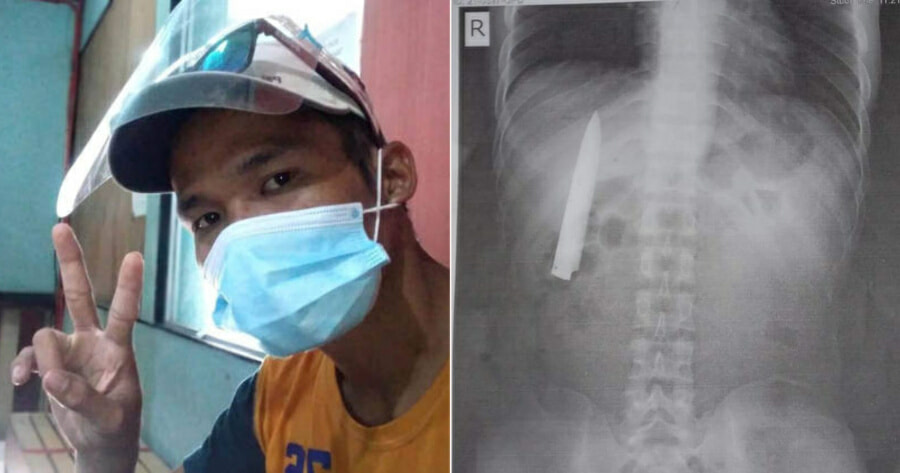 Getting stabbed is already a bad experience to endure, but imagine having the knife stuck in your body for more than a year!

That’s exactly what happened to a 25-year-old man from the Philippines.

According to The Inquirer, Kent Ryan Tomao found out he had a knife in his chest after he had gotten an X-ray which was required for a job he had applied for with a mining company in Agusan del Sur. 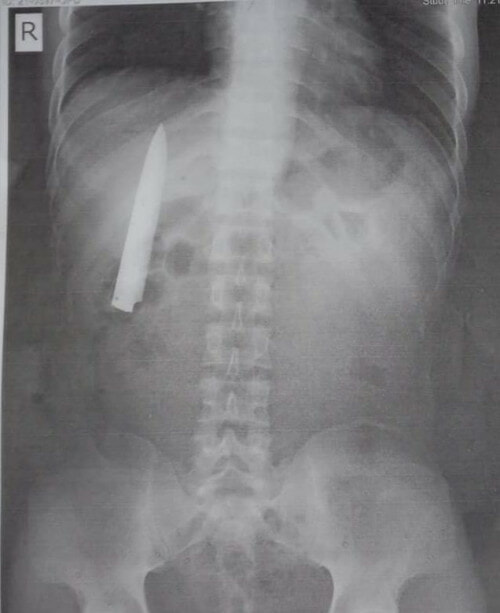 He was bewildered to be notified by doctors that ‘an object resembling a knife’ was lodged just mere inches away from his lungs.

All of this began when he was treated for a stab wound on 4 January 2020, after some teenagers had stabbed him on his way home from work and he almost died.

He doesn’t know if the government-owned hospital that treated him had performed an X-ray on him. 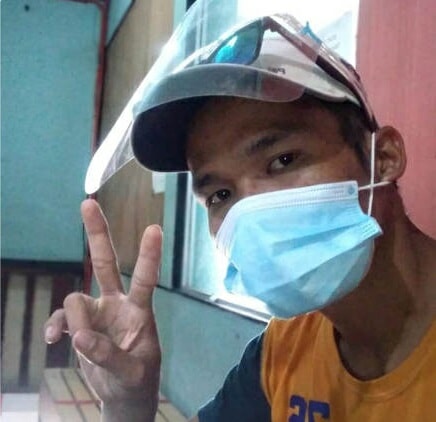 Kent didn’t notice anything unusual with his body as he recovered from the stab wound but shared that he felt internal pains during cold weather.

“I always wondered why I felt some pain in my chest when the weather is cold. But, I had no idea there is a knife in my chest,” he said.

He has since revealed that he has no intention of taking legal action against the doctors that treated him for the stab wound, but instead, simply wishes for help to have the knife removed.

“I am just seeking help so it (the knife) can be removed,” he added, in hopes that he will land the job at the mining company after the knife’s removal.

We genuinely hope that Kent manages to get the help he needs so that he can land the job he wants! 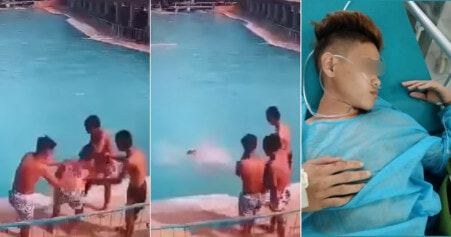