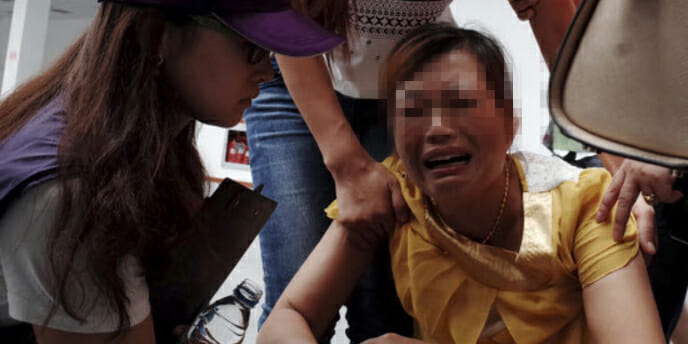 Disclaimer: Image used is for visualization purposes only

When a person’s life is at stake, it’s common sense to move quick so that person may be saved in an emergency situation. Speed and precision are vital parts of emergency services. Abuden, if so slow then cannot call it emergency service liao right?

So what happens when these services are too slow? Syahiza Radzi decided to share an ABSOLUTELY frustrating and heartbreaking story of her neighbor’s. In her Facebook post, Syahiza wrote

“7 weeks ago, she (the neighbor) received a call from her husband while she was out. He told her that he was having chest pains and difficulty breathing, to the point that he couldn’t make it down the stairs (of the 2 storey house) himself.

“She called 999 to get an ambulance for her husband. She rushed home to find him labouring to breathe. She arrived before the ambulance. In fact, the ambulance took 35 minutes to arrive.”

But the late arrival is just the start of probably one of the most painful memories this lady has to endure.

Grrr…..seriously?! No sirens at all? Were you out on a drive or working?!!!

“And when she frantically went to them, desperate for them to help her husband, they leisurely told her she had to back her car out of the driveway first, before they could do anything.”

“After they had parked the ambulance, 2 out of 3 personnel sauntered into the house, empty handed. She asked them where was the oxygen tank. When she called emergency services she had specifically told them her husband couldn’t breathe and was likely having a severe asthma attack.”

“So they didn’t bring it. There was no oxygen for a man who was dying because he couldn’t breathe. The ambulance was totally empty of supplies.”

“By this point, he had collapsed, knees folded behind him. The third guy who sauntered in with blankets (for the stretcher) asked the others to help him lift the husband.”

Of course, the wife was at this point desperate for her husband’s life to be saved. She just did as told hoping these men would move her husband into the ambulance and off to the hospital already.

“Unfortunately, because clearly life means NOTHING to these men in these ambulances, and they don’t actually know what the f*ck to do (barely knew or cared to do CPR and manual breathing assistance), the husband died before ever getting to the hospital.”

Some of you may be thinking why didn’t the wife just send him to the nearest hospital herself? Why wait for the ambulance?

“Well, she was not confident that she wouldn’t do more harm than good – she knew that she couldn’t support him if he collapsed on the stairs (they are pensioners). So she waited for the ambulance.”

The worst part of it all was that when the wife called the emergency hotline, she specifically requested for Subang Jaya Medical Center (SJMC) which was super duper near her home. Apparently, SJMC never got the call. Instead, the operator had contacted Pusat Perubatan Universiti Malaya (PPUM) instead which was located much further away.

When investigations were done, it seemed that the operator who was located Hospital Kuala Lumpur (HKL) took 7 fricking minutes to contact the hospital to dispatch an ambulance! And get this, that day the operator only received ONE emergency request!!!

Outraged, Syahiza stated the hard truth about the emergency services in Malaysia.

“Sad fact is that there are hundreds, if not thousands, of people who have gone through the same ordeal, only to have loved ones dying unnecessarily at the hands of people who are untrained, unprofessional and clearly don’t give a rats a** about lives.”

“But where’s the anger? Where’s the action? Where are the demands that something be done to fix this fucked up situation”

“Malaysians can kick up a fuss about a bunch of guys wearing flag bearing swimming trunks to the point where our messed up government actually takes action, but shrug their shoulders at people literally dying, saying “Oh, that happened to me. Like that la. What to do?””

After reading this tragic and enraging stories, 2.6k angry Malaysians shared out this story and many left comments towards the emergency services in Malaysia.

“Should consult lawyer and see if she can sue the bloody hospital for negligence! What kind of healthcare services are they providing?“

“Emergency services. Please explain to me the definition of EMERGENCY and get your act together. This is despicable.”

“Call private ambulance …. No point calling govt ambulances. They won’t come. And u get 1,001 excuses …“

What happened was very unfortunate, especially when help was clearly requested in advanced, only to have a loved one dying due to the emergency team’s incompetency! This is clearly an outrage and let’s hope every hospital in Malaysia is doing something about it!