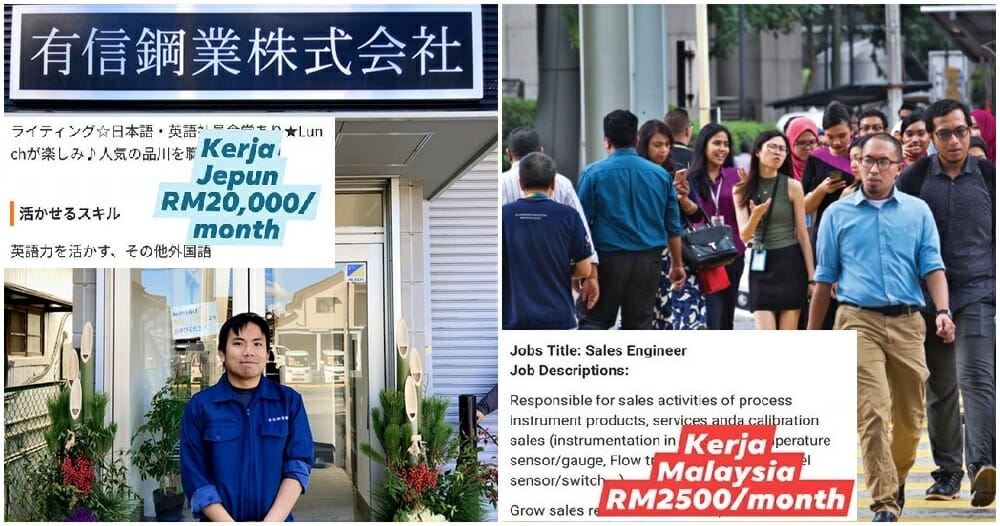 Ahmad Sabri, a Malaysian who lived in Japan for more than a decade returned to Malaysia with his family as he wanted to give back to the country he called home. However, in the process of doing so, he discovered how underpaid Malaysian professionals are compared to fresh graduates in Japan. 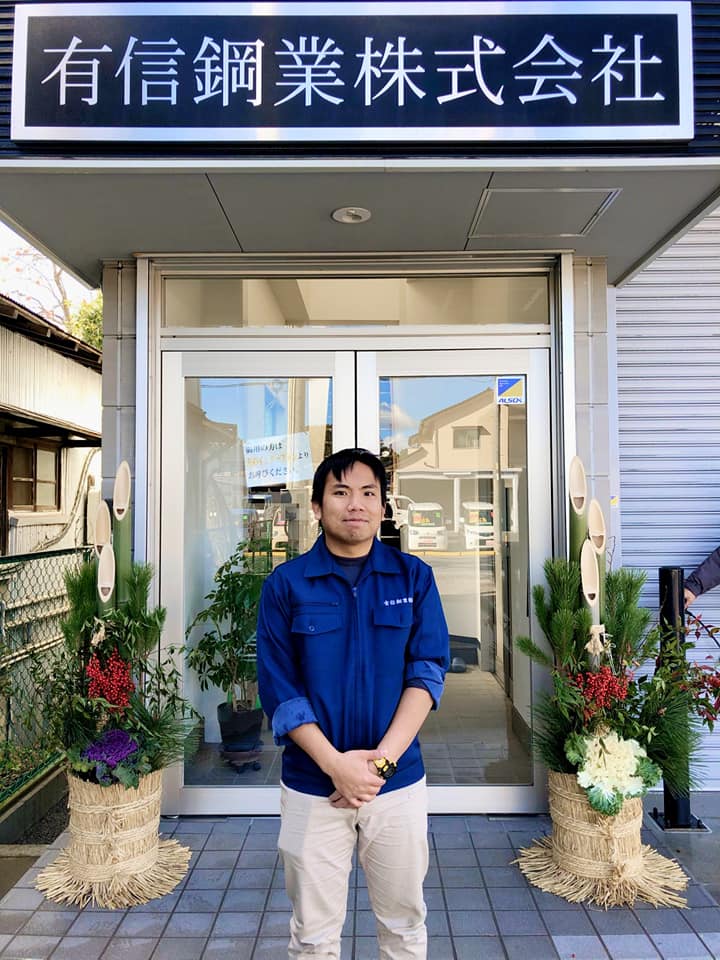 On 16 August, Ahmad took to Facebook to reveal just how little local professionals are getting paid.

“I was shocked to see the wide job scope of engineers in Malaysia but the salary offered is only RM2,500 a month.” Ahmad said that in Japan, “the highest salary of Japanese engineer graduates can go as high as RM3,500. [But] by only using Japanese language ability, the salary can reach RM8,000 a month. The work is easier and the salary is higher, who wouldn’t want that?” added the netizen in his post.

Ahmad then compared the living expenses in Malaysia as opposed to Japan. “Let’s say the place of work is Puchong, where the cost of living is high despite being far away from the city.”

“[Including] transportation costs, tolls, gas, and parking costs that we need to bear, this takes up about RM300 a month.” He continued to break down all the living expenses that needed to be taken into consideration, “After considering the costs of cleaning and maintaining the vehicle, there’s also tax insurance and EPF, that will leave around RM1,500 left. We haven’t even accounted for rent or food expenses. By then, you will only have RM1,000 left.”

Compared to Japan, Ahmad says he found a translator role in a game software manufacturing company that offered, “RM20,000 a month with all transportation costs borne by the company. After deducting taxes, insurance, and EPF, you will still be left with around RM18,000 to RM19,000 a month.” 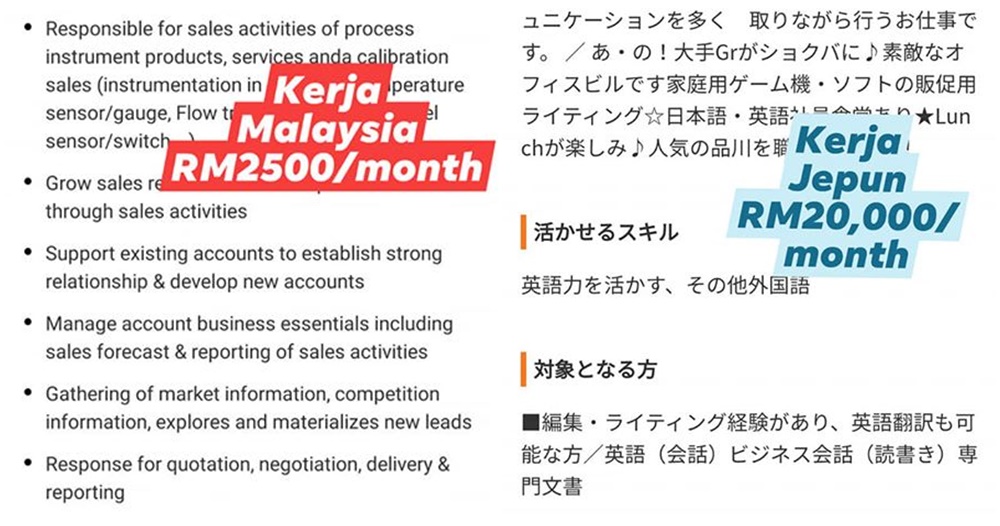 Ahmad’s comparison of the job scope and salary in malaysia and japan.

While living costs are higher in Japan, the amount you’re getting paid is enough to cover expenses and still live comfortably! “After calculating rent which will take about RM2,000 to RM3,000, your net salary will still be around RM15,000 to RM17,000 a month. The job scope is less and the salary is higher!“, said Ahmad in the post.

Ahmad then posed the question, “Are Malaysians underpaid, or are the Japanese overpaid?”

The netizen said he personally thinks Malaysian professionals working locally are underpaid for all the job responsibilities they are expected to accomplish. “Engineers only have the title but not the income. Sometimes it’s too ridiculous. The salary offered is so low but the expectations for employees are so high,” he continued. 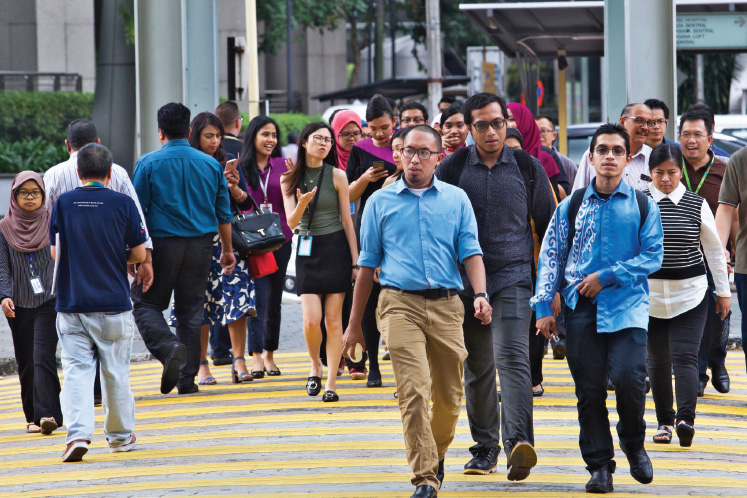 “Too many of my friends who studied in Japan with me returned to Malaysia and were forced to change their field of work. Most of them left the engineering field.”

When asked what he thinks needs to be done to tackle this income disparity, Ahmad told WORLD OF BUZZ that there were a lot of things that need to be addressed such as, “mentality, government enforcement, the battle between quality and quantity, fewer opportunities and nurturing customs that largely differ in each country.”

Do you think local professionals are underpaid in Malaysia? Share your thoughts with us in the comments!

Also read: M’sian Engineer Shares How He Went From Earning RM1.8K To RM2.6K By Schooling His Boss