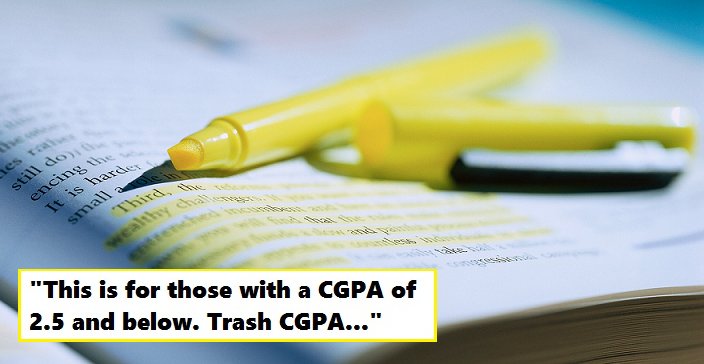 Being Asian would mean there is a certain expectation from our parents since young. We need to score well in our studies and exams, get a good job, earn a lot of money, then get married and give them grandchildren. 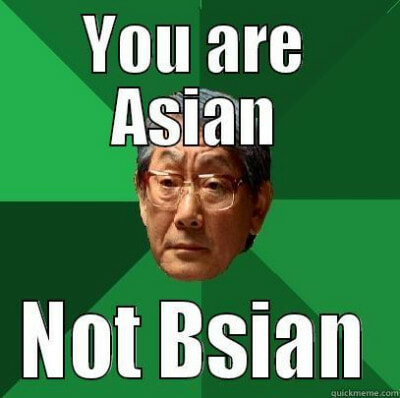 But things don’t always work out that way. Most of us don’t always get A’s in our subjects or become successful. So, this guy decided to share his university and work experience with everyone.

He posted it anonymously in UNITEN’s confession page on Facebook. Be warned, some of you may feel the pinch from his words.

“This post is directed towards the soon-to-be graduates who are suffering from a CGPA of 2.5 and below. Trash CGPA.

“I’m a mechanical engineering graduate with a CGPA of 2.1. I was hard-working but I guess I just wasn’t good academically.”

The poster complained that the shittiest thing about having a low CGPA was meeting his cohorts again.

“When there’s a reunion, everyone would talk about their amazing careers, salary, allowance and travel. Majority of my UNITEN friends work at Petronas, Shell, etc.

“I, on the other hand, work at some small engineering company in Kajang as a project engineer. But every day I just bring foreign workers in the van and drive them to sites.

“Hence, during reunions I don’t know what to say, so I just listen to them. Truly, my life is f*cked up. Even my girlfriend at that time was snatched away by my own friend.”

Ouch! I feel your pain bro…

The guy even tried applying for better jobs at bigger companies but none of them accepted him. So he stuck with his low-paying job where sometimes the pay comes in super late.

He was even verbally abused by his super mean and harsh boss on a daily basis, but he put up with that for five whole years and learnt a lot from his boss.

“Finally, I resigned from this company and was offered a job from a big company. They didn’t hire me based on my CGPA but for my work experience.

“When I was working in this big company, I realised that for the past five years I was actually multi-tasking. And working at this multinational company was a much easier job.”

After realising his own potential of being able to handle almost any kind of job, he left and changed jobs quite frequently.

During the world oil crisis, many people lost their jobs but luckily for him, with all the skills he picked up during his first five years, he was never jobless. But it wasn’t the same for his UNITEN mates, many of whom had lost their jobs.

“So… crisis or not, it was the same for me. I survived with my skills. And now I plan to retire young, within the next five years. Stay low and humble.

“To all students who are disappointed by their results, don’t feel pressured.

“When you’re in university, go ahead and play more. Don’t just be a bookworm. Be happy and join loads of associations’ activities.

“You will miss your student life once you’re in the career world – a world of shit and hypocrites.”

The wise man even added that most of what we learn during our university days only makes up a small amount of knowledge in the working world.

“That’s all I want to advise students – CGPA is not everything. Play more because you will miss it.”

Indeed, many people who are successful today didn’t score 4 flat CGPAs. In fact, some of the most successful people in this world are college dropouts. Eh, we don’t mean you shouldn’t study hard at school or uni, ok…

Also read: Malaysian Man Who Worked Hard to Lose 100kg Shares the Struggles of Being ‘Fat’ 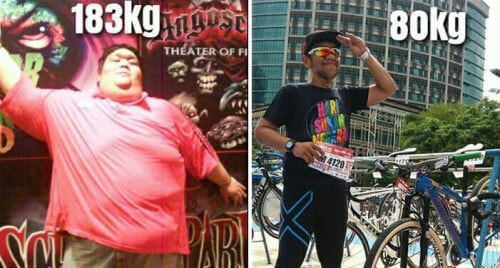