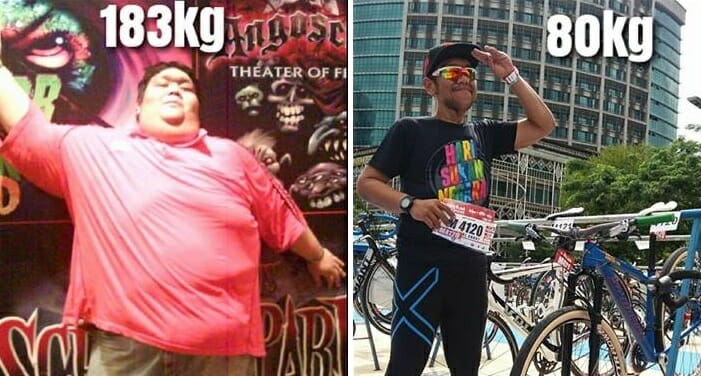 There comes a point in our lives where we think that many things are just not achievable. In the end, we just give in and let everything stay stagnant.

As much as Jazli Hassan felt that way for most of his life, he decided to finally transform into a better version of himself.

He decided to become HEALTHY. 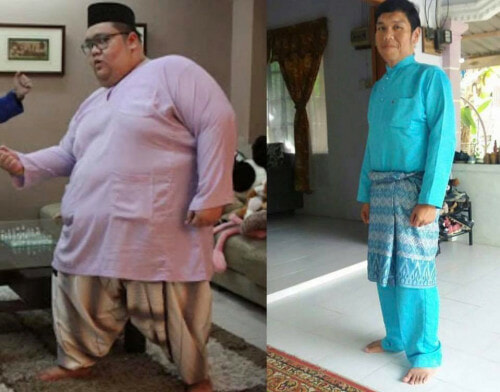 In a lengthy yet honest Facebook post, Jazli expressed his journey of how he lost over 100kg in a year.

“I used to be extremely FAT! I was the fattest man weighing 183kg while wearing size 6XL shirts and 60-inch pants. Now, I’ve changed into a duathlete.”

Duathletes are people who perform duathlons, which usually consist of running and biking.

“I never expected a man who has been obese since I was two years old to change into a duathlete at the age of 30.”

“During my school days, ever since kindergarten and throughout primary and secondary school, I’ve accepted the fact that I could only sit by and watch others play during sports day.”

“I was always teased for running slowly and weirdly. People constantly mocked me with the word ‘fat’. I’ve received all sorts of criticism.”

“These people only knew how to ridicule me, but they’ve never once looked into my heart and felt my pain.” 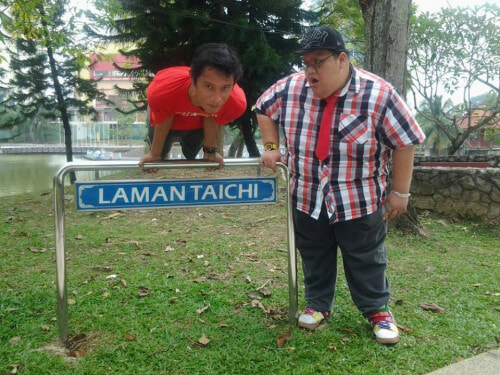 Finally, he set his mind to seriously lose all that weight.

“I started with walking just 5 minutes. Then, I went on to brisk walking and then a level higher. Because I could not run, I patiently did those activities and watched my diet.”

Life wasn’t easy for Jazli though, because he could barely walk for 5 minutes without running out of breath.

“When I was trying to lose weight, people would laugh at me and said lots of mean things. But I never gave up. I failed many times but I tried again until I’ve reached this level today.”

True enough, the man moved closer to his dream of becoming a duathlete as he started to cycle too. At that time he weighed 160kg and people would taunt him for cycling so slowly.

However, the determined man persevered. Jazli never gave up and continued working hard. 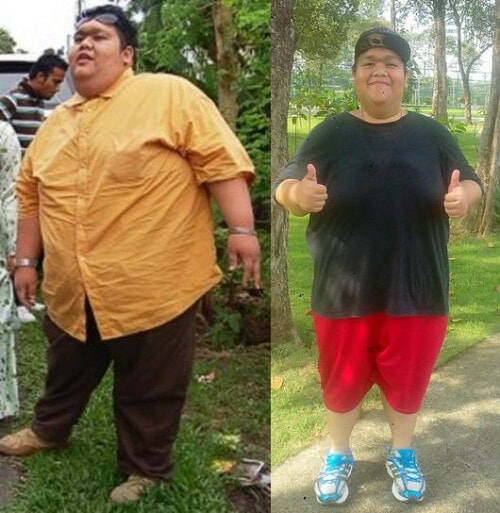 Aside from the terrible insults, Jazli also didn’t have much money to buy proper attire and tools to boost his weight loss.

He could not buy a good road bike, proper shoes or even socks!

“My cheap socks tore and I had to sew them back together. I even cried while applying ointment on my feet due to blisters, which formed from wearing the lousy socks.”

Of course, Jazli’s efforts paid off as not only did he manage to become fit and healthy, he even finished a whole duathlon.

Recently, he was able to run 5km in 32 minutes, cycle 30km in 59 minutes, and then run for another 33 minutes! Next, Jazli hopes to participate in a triathlon. 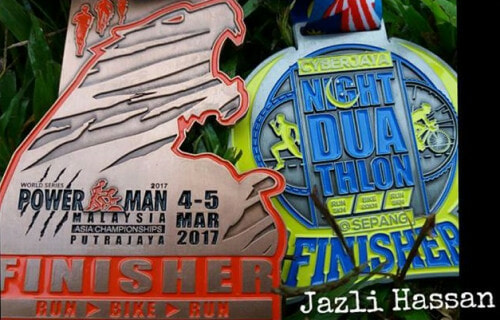 Ultimately, Jazli just really wanted to help people realise that no matter what, we can change for the better.

“I was the person who used to be insulted, terribly rejected for interviews, almost became sterile, was morbidly obese, whose heart was almost swollen, and whose heart hurt due to judgment from others.”

“I’m not sharing this to boast about my weight loss but I want people to see what I’ve been through.”

“For those people who are super fat like how I was, I’ve proven that it’s doable. This story is just a piece of the ups and downs I’ve gone through. I hope to one day pen down my life’s journey.” 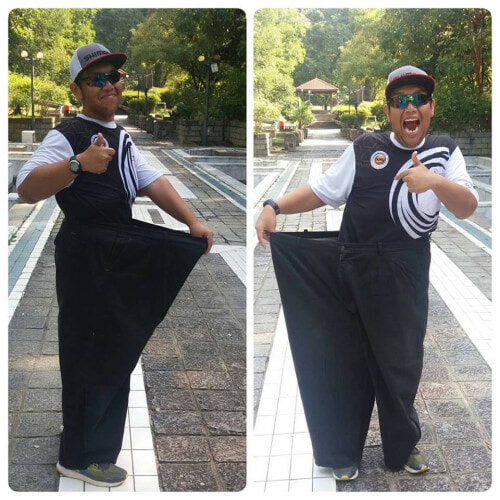 This goes to show that ‘impossible’ is just an excuse for people to not try. It doesn’t have to be about weight loss either as it can be applied to any challenge you may be facing in life right now.

So don’t give up before even trying! You can do it! 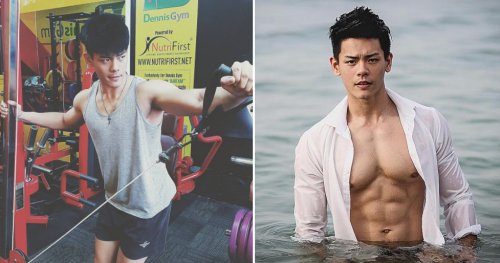