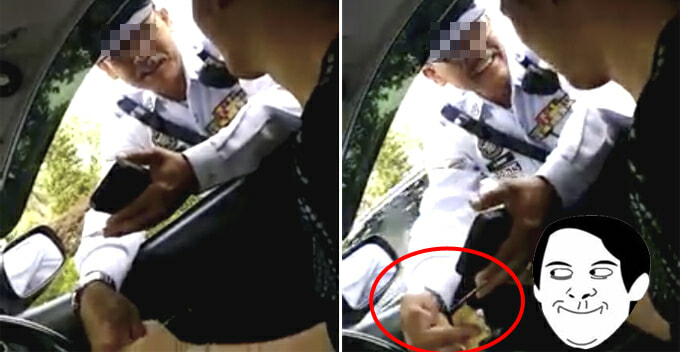 Malaysians are really good at solving problems. Take for example, when we get pulled over by the police for violating traffic rules, the first thing most drivers would say is, “Can settle ah?” And this was exactly what happened in this video that went viral on social media.

From the seven-second video, a traffic police was seen ‘settling a problem’ with a driver who got pulled over. They were shaking hands inside the car and a banknote was subtly passed to the policeman in the process. Smooth… 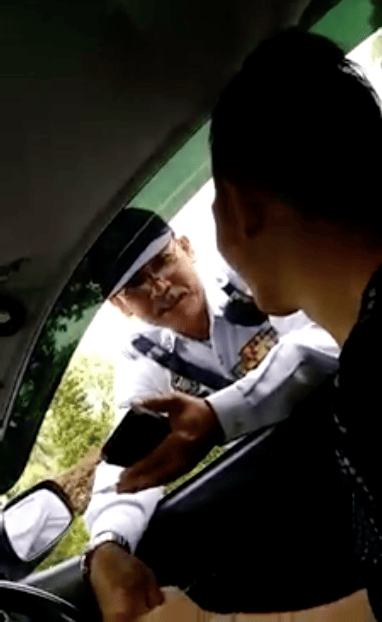 The policeman was extremely friendly and was heard saying:

The poor policeman had no idea he was being recorded, and no thanks to this video, he’ll probably lose his job, or even get jailed!

After the video went viral on Facebook however, many netizens also blamed the person who recorded it.

“You’re the one who asked for the favour, but now you exposed him for helping you? Also, since you uploaded the footage, both of you will be prosecuted if action is taken,” a Facebook user said.

There were also some law-abiding netizens who reckoned that bribery is wrong, period.

“I’ve been through the same thing before. He (policeman) asked if I wanted to receive summons or settle on the spot. So I chose the first option. If he really wanted to help me, he’d have let me go with a warning, not asking money from me,” another netizen commented.

Regardless of giving or accepting bribes, getting involved in bribery is wrong, period. If Malaysians really intend to stop such corruption, we need to stop it all together. Abide by the law or accept your summons with dignity ok! 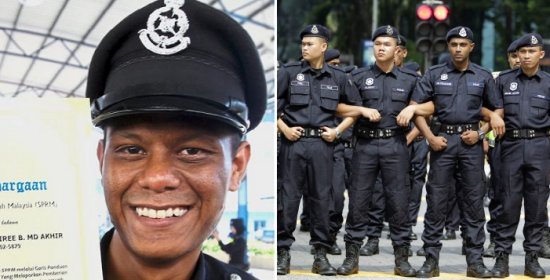