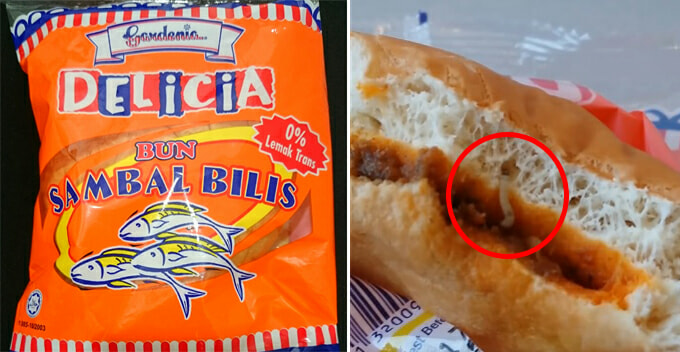 There’s nothing more terrifying than finding a wriggling worm in our bread.

A Malaysian netizen, Kenny Ooi recently took to Facebook when he shockingly found a worm wriggling on his bread. His post which includes a video footage has garnered almost 34,000 shares and received over 2,800 comments since January 22.

According to Kenny, he bought the bun after feeling hungry. However, after going through half of the bread, he saw a worm that appeared to be a maggot wriggling on his bread. Thankfully, you haven’t sink your teeth into the wriggly thing yet. 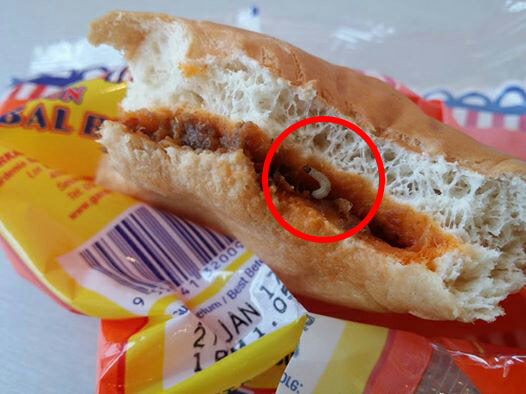 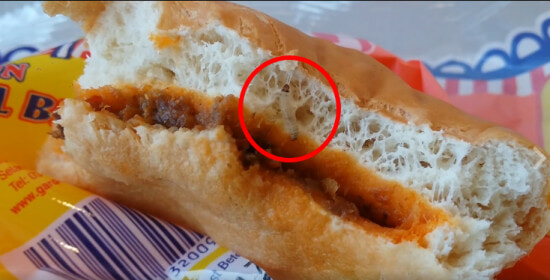 Although he didn’t disclose the brand of the bread, but through the 35-second video which he uploaded on Facebook, it was easily identified as the plastic packaging was Gardenia Delicia Sambal Bilis.

“Please spread this to your friends and family. Ask everyone to be cautious. I believed this is not the only bread that contains worm. After all they were made in the same factory.”

“That is a vegetable worm. How can it end up in a bread?” said a netizen.

“How is it possible that the worm survived the heat through baking process?” commented another netizen.

Shortly after the incident, Gardenia has issued an official statement saying that the accusation was baseless and fuelled by ill-intentions.

“The worm would have been dead when exposed to the extreme baking heat of 240 degree Celsius for approximately 12 minutes which makes it impossible for the worm to survive not to mention to be actively crawling about.”

Kenny too stated through his Facebook that the incident was true and he did not create the hoo-ha out of thin air.

After having both sides weighing in with their story, whatchu guys think?