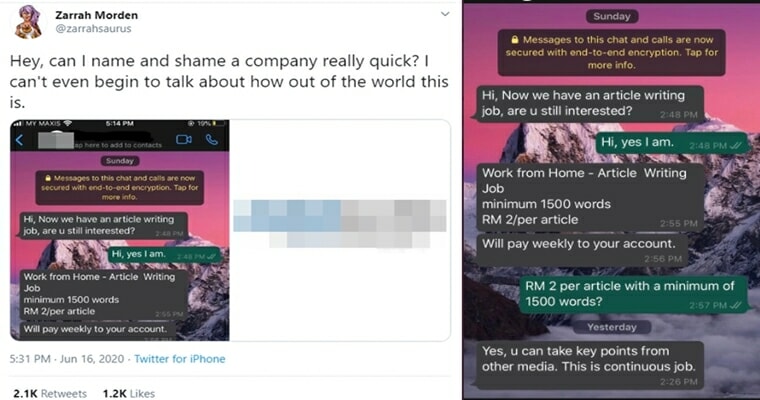 A tweet recently went viral and is being shared around shows a writing company offering an article writing job online, with wages of RM2 per article. An article also has to be a minimum of 1500 words or more. 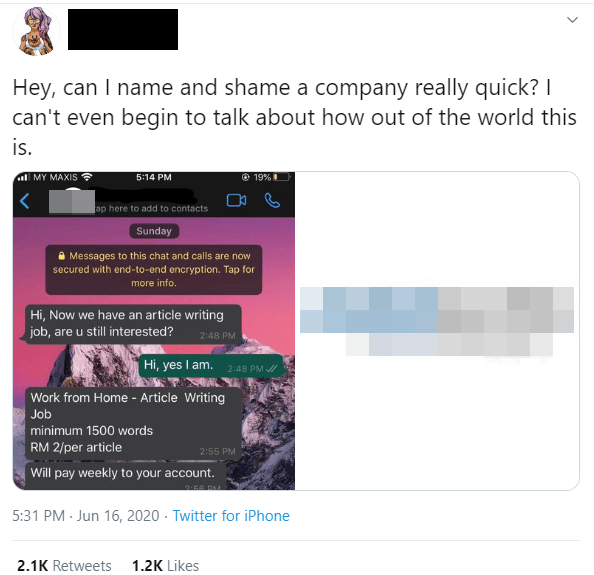 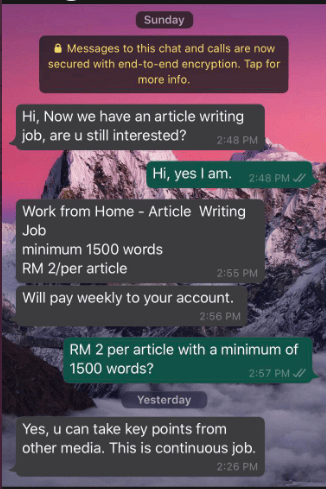 Zarrah Morden, who posted this tweet, voiced out her dissatisfaction with the salary proposed.

This tweet attracted many comments on how the company is giving such an offer and how the effort of the writers is not being cherished enough.

Another person, Sophie also commented on how she only got paid RM6 on a proofreading job that has almost 8k words for an article. 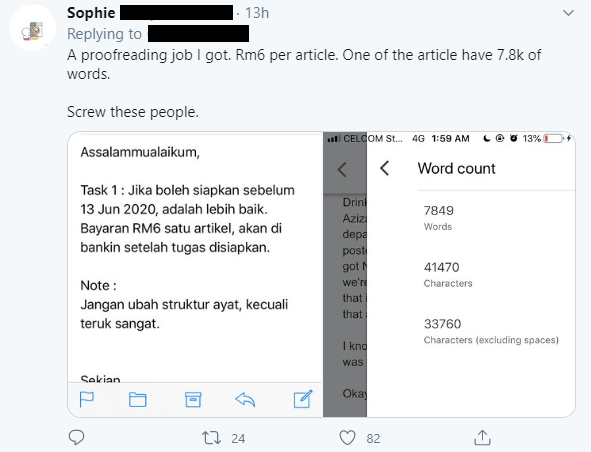 Some felt like it is a shame for the companies to give such remunerative offers. You cannot even afford a plate of chicken rice with that salary paid for one article.

Other than writers, occupations such as photographers and designers are so underappreciated these days.

What do you think about this? Do you think the company has missed typing two more digits at the back?