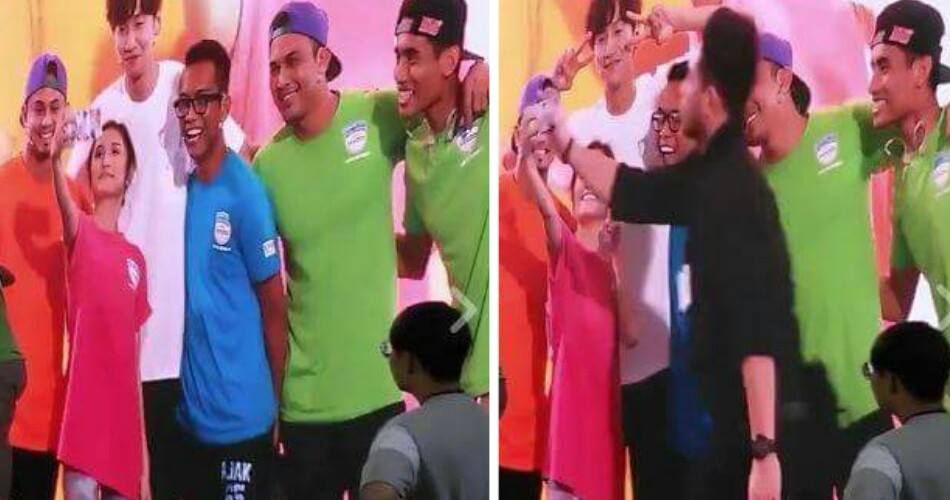 Korean superstar Lee Kwang Soo was recently in Paradigm Mall for an event called ‘Running Man Challenge’. A few local artists were also part of the event as brand ambassadors. 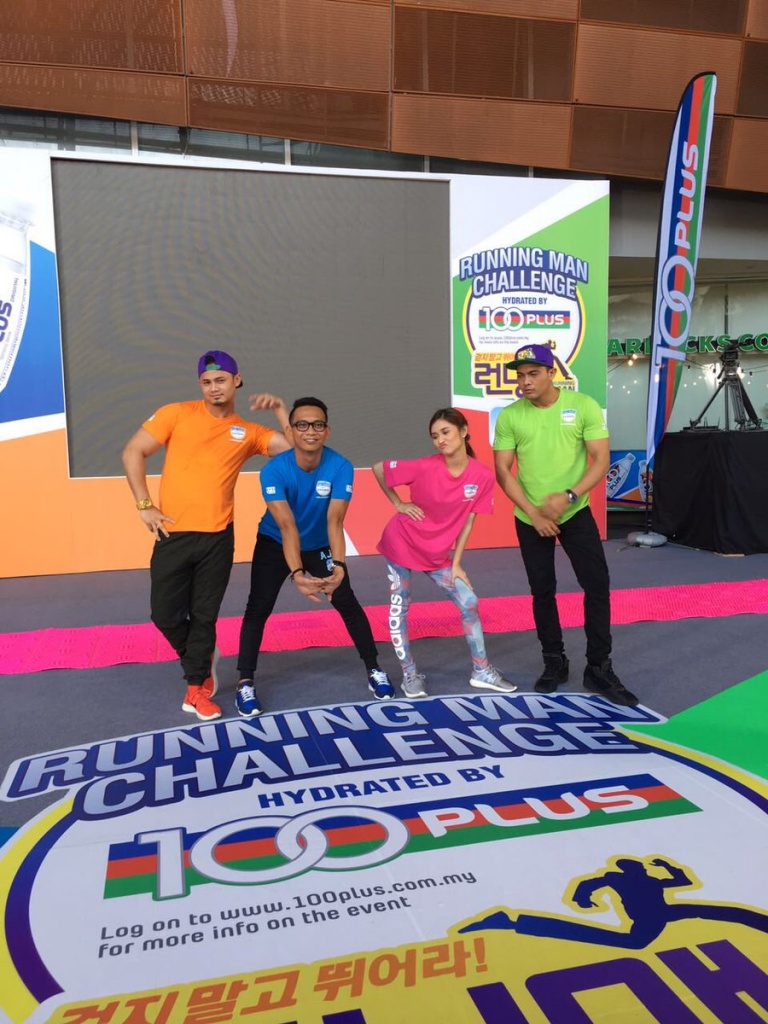 However, one particular actress and singer, Ayda Jebat, was said to be humiliated on stage in front of a huge crowd, KL Coconuts reported.

24-year-old Ayda and the other local artists were taking photos on stage with Kwang Soo. After the photoshoot with the press, Ayda wanted to take a ‘wefie’ using her own phone.

That was when one of the bodyguards (presumably Kwang Soo’s) jumped onto the stage and swiftly snatched the phone out of the actress’ hand. 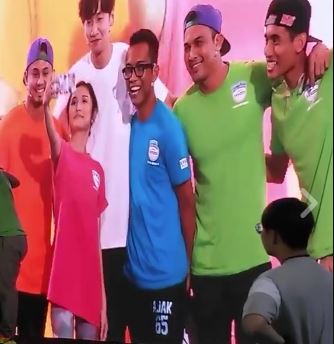 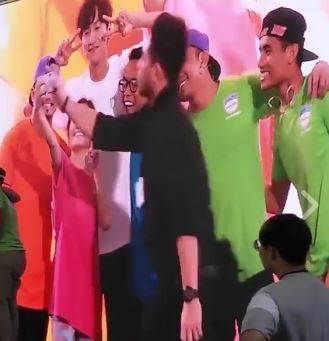 The whole incident was witnessed by hundreds of people in the mall. Obviously stunned, Ayda didn’t know what to do but stood there feeling blur. Seriously, that was pretty rude of the security tho.

But the gentlemanly Kwang Soo was quick on his feet as he rushed after the bodyguard and asked for the phone back. Then, he quickly returned the phone to the shocked actress and proceeded to take the group selfie together. So sweeeet! 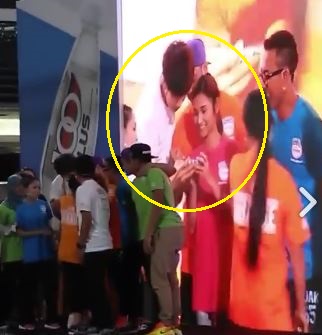 But of course, the embarrassment impacted Ayda’s feelings as she went onto Twitter to express her opinion.

But it seems like it wasn’t only Ayda who suffered terrible treatment throughout the event. Another local celebrity, Saharul Ridzwan also went onto his social media to post a rant about the event organizer.

Apparently, all the local celebrities had to stand throughout the whole ‘Running Man Challenge’ as the organizer failed to prepare seats for them.

Now, it seems like the event organizer might issue an apology to the local artists though they are still discussing on this.

Watch the incident over here: