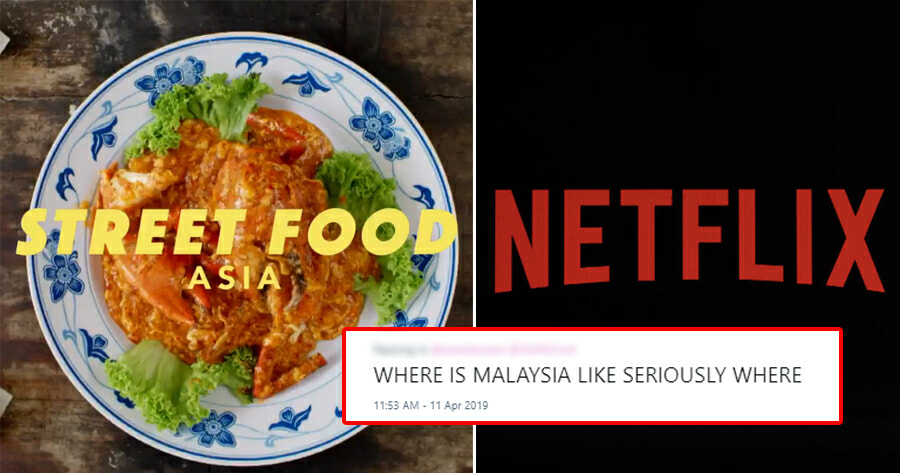 One of Malaysia’s pride and glory is our scrumdiddlyumptious and mouth-watering street food. No one can deny – not even tourists – that the food here is as heavenly as it gets.

So, it comes as no surprise that Malaysian netizens were extremely upset when Netflix released a trailer for their new culinary series called Street Food Asia, and completely skipped Malaysia altogether! What?!

The two-minute trailer looks inspiring as they showcased a variety of street food and their owners of different Southeast Asian countries like Thailand, Vietnam, India, Taiwan, South Korea, Indonesia, Japan, the Philippines, and yes – Singapore, of course, but they did not mention Malaysia at all! Mana boleh, bro?

As reported by Malay Mail, our local foodies instantly took to Twitter to express their displeasure at Netflix’s decision to dismiss the Malaysian cuisine entirely, with some being extremely bitter about Singapore being chosen instead. 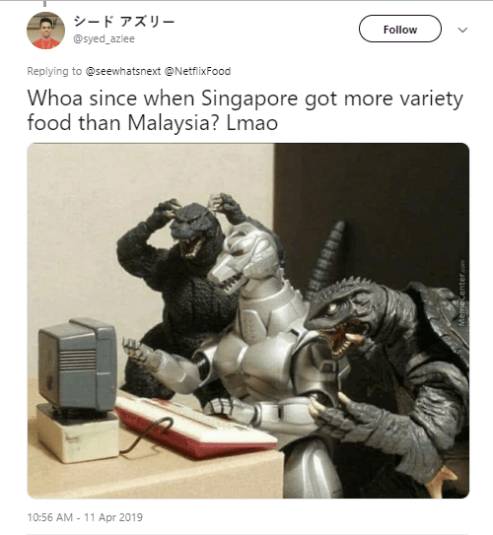 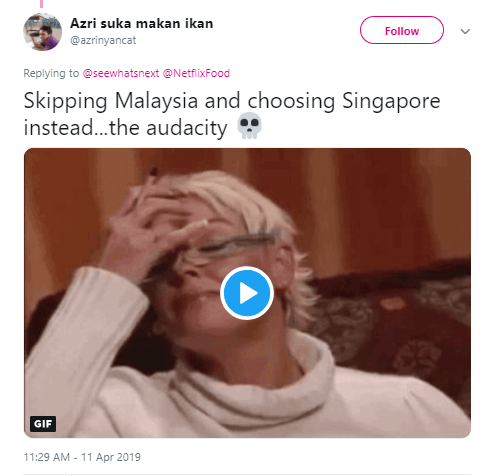 Some had a thing or two to say about the country’s Ministry of Tourism.

While others questioned the world’s knowledge of Malaysia’s existence. 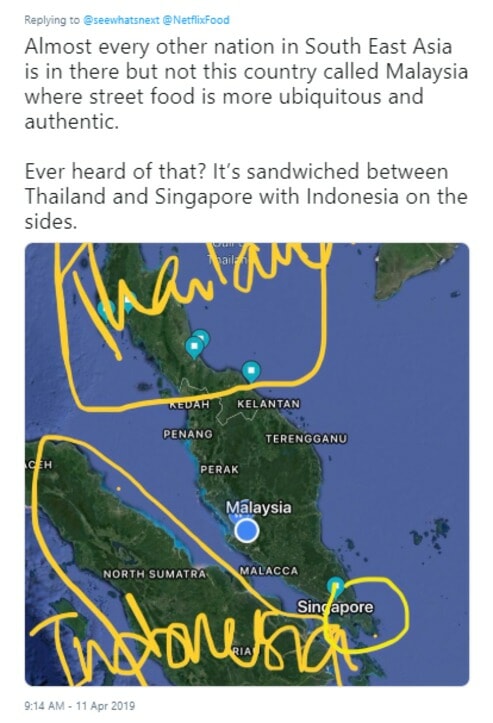 Well, we’re certainly not pleased that Malaysia was overlooked, especially when the Netflix series is all about street food. Do you feel unhappy about this too? Let us know in the comments below. 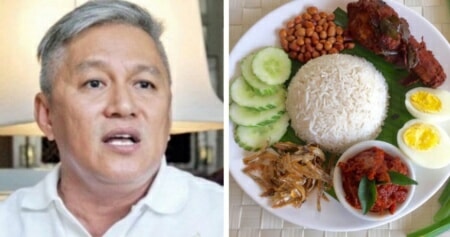