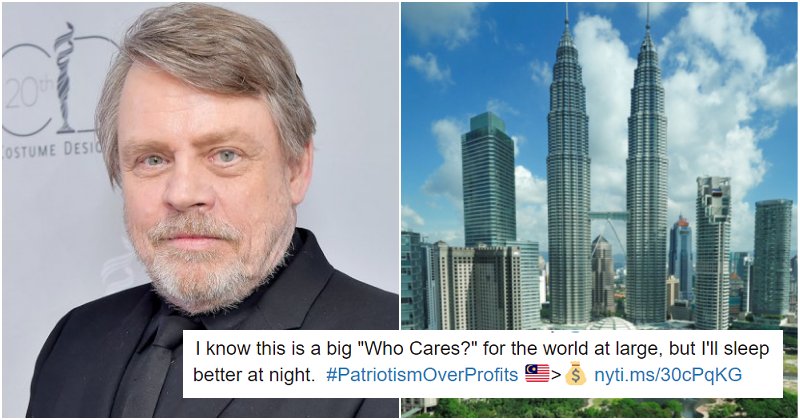 The Force is strong in Malaysia, after fans came to light to help address the flag error.

It was a day when Mark Hamill, an American actor best known for his role as Luke Skywalker, decided to do the unthinkable, a typical Jedi move… He decided to delete his Facebook account because he pointed out CEO Mark Zuckerberg prefers to make profit than focus on the truth.

So disappointed that #MarkZuckerberg values profit more than truthfulness that I've decided to delete my @Facebook account. I know this is a big "Who Cares?" for the world at large, but I'll sleep better at night. #PatriotismOverProfits 🇲🇾>💰 https://t.co/seb2eJMTo6

He tweeted about his decision and ended the sentence with #PatriotismOverProfit. The admirable tweet is great, but Hamill mistakenly included an emoji Malaysian flag instead of an American flag.

This somewhat beautiful mistake have highlighted how respectful Malaysians are with most of them reacted in a positive manner, sending love while making Star Wars joke references.

Now that we all have had a good laugh at my expense for mistaking a TEENY-TINY flag of Malaysia for a TEENY-TINY Old Glory-the fact remains the same: NO country measures their worth in💰(also, I accidentally blundered into a LOAD of Malaysian followers) #HammyHeartsSoutheastAsia pic.twitter.com/SI3nLW80jJ

On 15 January, Hamill then tweeted both flags while re-emphasising his point that no country’s value should be measured in money. Admittedly, Hamill mentioned about stumbling upon a huge following from South East Asia in which he sends his love to.

The Malaysian and American flag do share similarities but in this incident, Malaysians have proved that we love our country so much and we are able to react in a very positive manner if we choose to do so. Hence, let’s learn to react better to anything also after this ok?

Also read: M’sian Kids Share How They Made Ice Kepal Out Of Milo & Snow In a Foreign Country 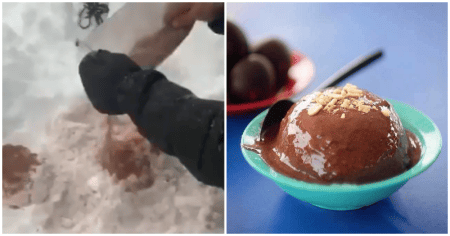