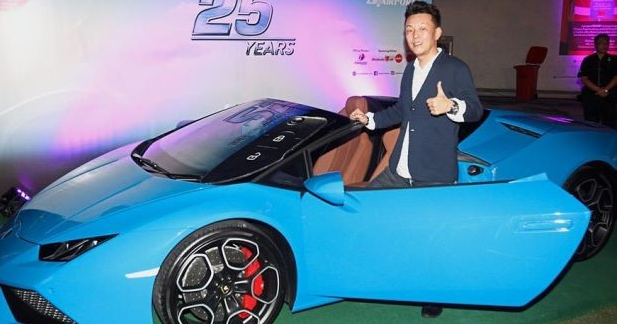 Luck usually comes unannounced, and you will never know when or where luck decides to bless your life. For example, this man who went out shopping in Kuching!

What happened, you ask?

Well, according to Asia One, there were five finalists, who were all competing to become the lucky owner of a Lamborghini.

One of the finalists, Riyo Kawakami, was the one to strike gold when he walked away with a Lamborghini Huracan Spyder at the Malaysia Airports Bhd’s 25th Anniversary Shopping Campaign Spend and Win contest (Jun – December 2017). 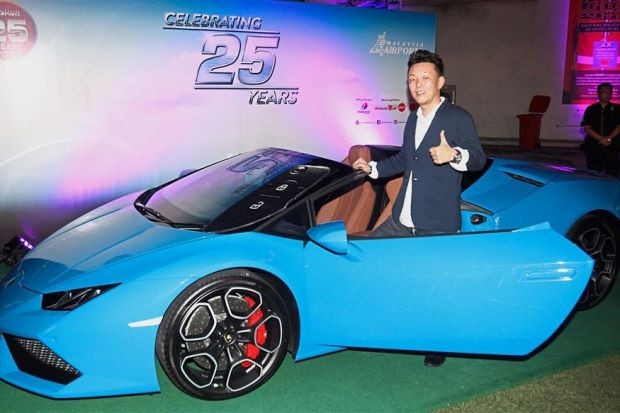 How did he win?

In order to participate in the lucky draw, all he had to do was spend a minimum of RM250 at any of the five international airports operated by the Malaysia Airports, which are;

At the finale of the event, which was held in Avenue K’s Rooftop, Kawakami emerged as the prize winner. Upon his big win, the 43-year-old Japanese engine oil manufacturer general manager was seen patting his chest repeatedly, as he realised he had bagged a Lamborghini. Winning this car was probably surreal for him!

“I am at loss for words. This is my first time participating in such a contest and I did not expect to win anything,” he said.

He also added that he loved collecting luxury watches and had spent about RM2 million on Rolex watches at KLIA during his visit last year (2017). Expensive hobby!

As for the other four finalists, well, they walked away with some pretty impressive prices too. They won an all-expense-paid trip to Paris or London for two each! Cool! 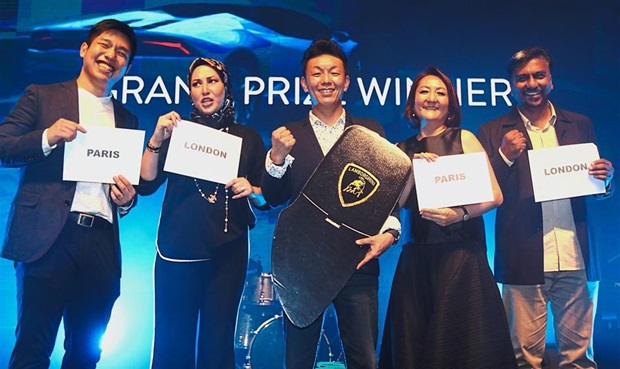 FYI, each trip includes business class flight tickets, fine accommodation, fine-dining experiences, and allowances of RM3,894.50 (US$1,000). Yep, they weren’t kidding when they said it was all-expenses paid!

At the same event, Datuk Badlisham bin Ghazali, the Chairman of Malaysian Airports (Sepang) Sdn. Bhd. and Malaysia Airports Sdn. Bhd. had said that the airport shopping had become an integral part of air travel.

“Last year, we registered about 96 million passenger traffic movements, a growth of 8.5 percent from 2016, at our airports in Malaysia with KLIA itself handling about 58 million.”

The shopping campaign had garnered a response of 170,000 entries with these five finalists being the luckiest one amongst the many entries.

Wah, if only we were as lucky! We want a Lambo too! 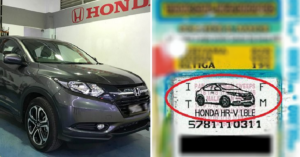