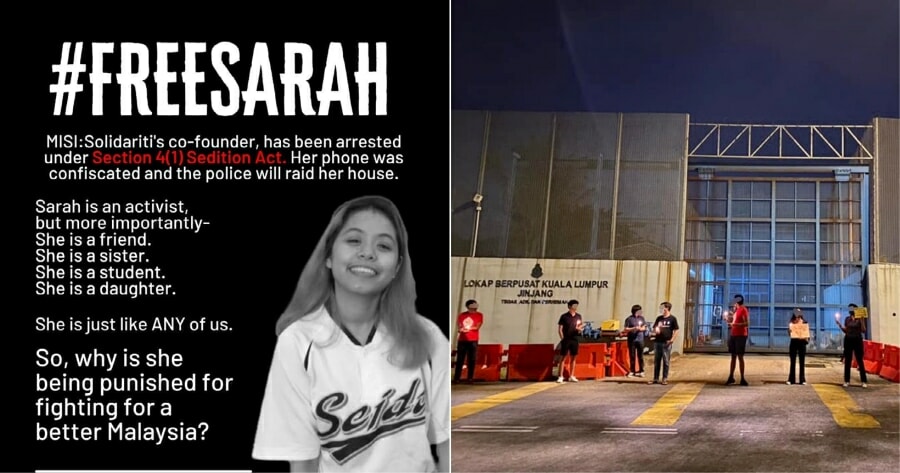 20-year-old activist, Sarah Irdina, was arrested under Section 4(1) Sedition Act and the Communication and Multimedia Deed, following a tweet that called for the Prime Minister’s arrest. She was later released from police custody.

It is also believed that her arrest came due to her connection with the youth social group, MISI: Solidariti, in regards to the #Lawan movement, which has called for a rally at Dataran Merdeka (31 July) at 11am, against the government.

“So, why is she being punished for fighting for a better Malaysia?”

In another Instagram post, the NGO said that the police “intimidated her mother, raided her house and confiscated her phone.” It was also said that she was arrested without a warrant under the Sedition Act.

After the arrest, activists, organisations and members of the public took to their social media to stand in solidarity with the activist by using the hashtag #FreeSarah.

“We stand with Sarah and all those who have been called in these past few days. The more they try to intimidate us, the more we must fight! We will not stay quiet! This Saturday, we #Lawan! We #LawanIntimidasi!” shared the Malaysian Youths for Education Reform. 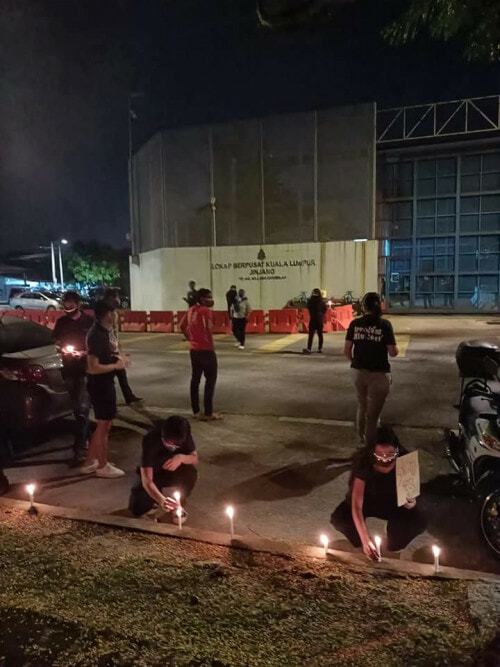 Supporters holding a candlelight rally outside of jinjang lockup for sarah irdina.

“Sarah Irdina, an activist and citizen who only exercised her right to speech, was arrested and taken to the Jinjang lockup.”

“MUDA calls for Sarah Irdina’s immediate release and fully supports the demand made by the People’s Solidarity Secretariat, namely for the Prime Minister, Tan Sri Muhyiddin to resign immediately. MUDA calls on all Malaysians to continue to exercise our rights to speak out, and put all forms of pressure until Sarah is released, also until this failed government steps down,” he shared in a statement. 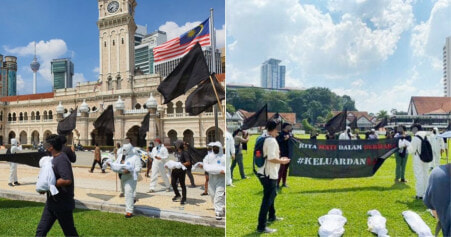