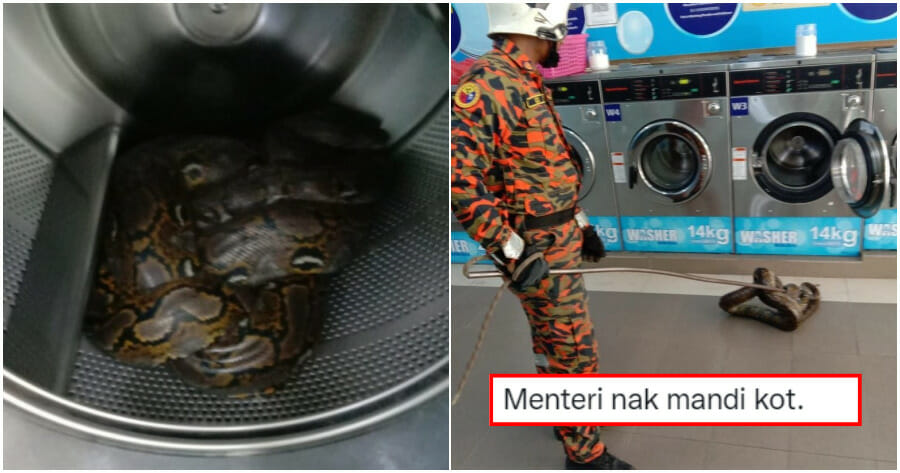 Surprises are all fun and games until they pose actual danger to those receiving it.

On Saturday, a customer’s trip to the launderette was cut short when she was surprised by an unexpected guest behind a washing machine door. 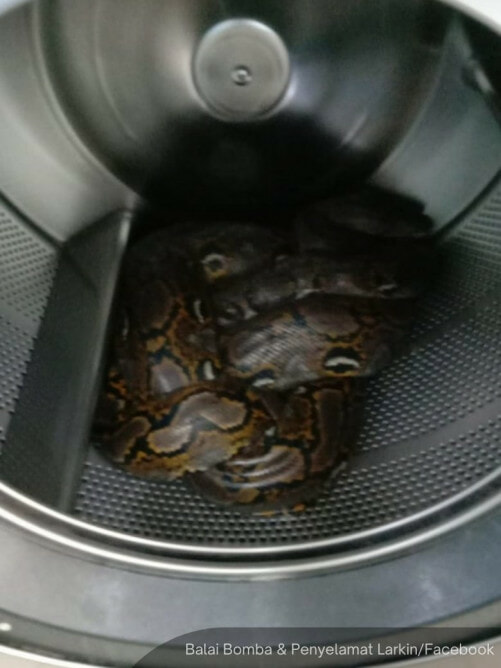 As she was about to wash her clothes, she discovered a 20kg python in a washing machine.

Chief of Fire and Rescue Station (BBP) Larkin, Deputy Fire Chief I, Suhaimi Mohd. Jamal said the fire brigade was informed of the incident at Taman Impian Emas, Johor Bahru, after the owner of the premise contacted them. 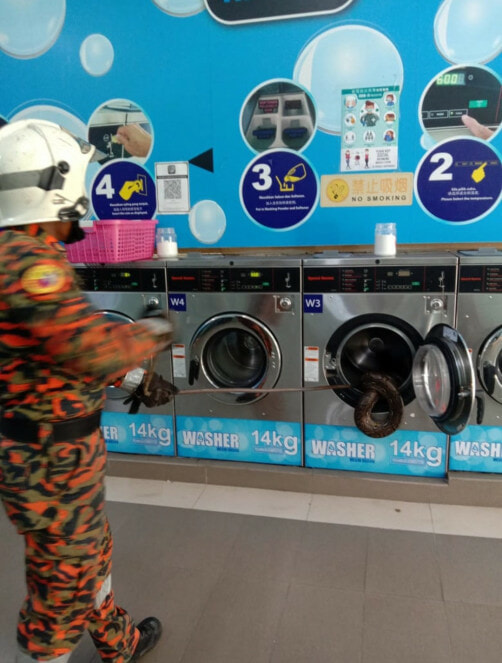 “The customer reported the incident to the owner of the premises who then contacted the fire brigade.”

“According to the operation commander, Senior Fire Superintendent II, KUP Mohd. Ali Matt, they found a six-foot python weighing 20 kilograms inside one of the washing machines in the shop.” 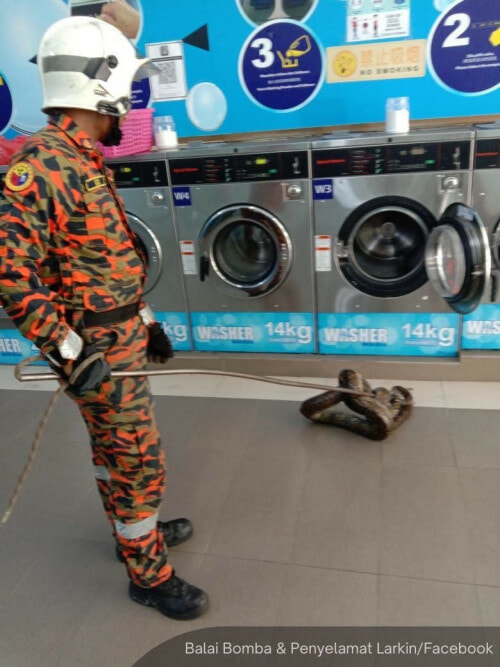 “Members at the location caught the snake using a snare and released it in an area far from civilian settlements,” he said in the statement, adding that the reptile was not aggressive.

Online, netizens are amused about the incident and took the opportunity to make funny remarks.

Some were even so daring to make references to certain politicians!

“Perhaps the minister wants to take a shower.”

“General elections are near. Need to cleanse their image.”

Thankfully, the incident was resolved quickly! 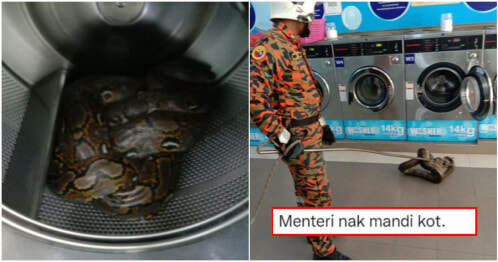