Apart from Tengku Adnan, Rosmah and her aide, Rizal Mansor also had “appointments” with the Malaysian Anti-Corruption Commission (MACC). Here are the updates! 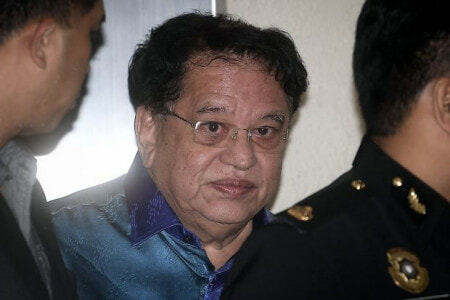 Now, according to The Star, Tengku Adnan had pleaded not guilty to receiving RM1 million and RM2 million from businessmen, Tan Eng Boon and Chai Kin Kong respectively. He claims trial at the Sessions Court. The court has now set a bail of RM1 million and ordered him to surrender his passport. His case will be mentioned on 12 December. 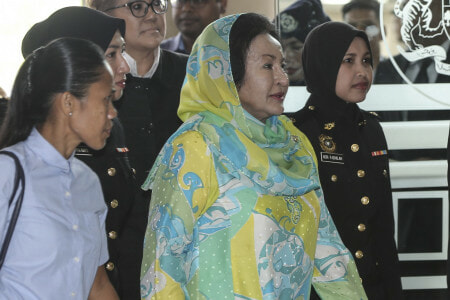 According to MalaysiaKini, Rosmah Mansor has also been accused of soliciting RM187.5 million between March and April 2016, which happens to be 15 per cent of a contract with Saidi Abang Samsudin, the managing director of Jepak Holdings Sdn Bhd.

Apparently, the money was meant to help the company with a tender from the Education Ministry for a solar panel project for 369 rural schools in Sarawak worth RM1.25 billion.

In another offence, Rosmah has been accused of accepting RM1.5 million from Saidi on 7 September 2017 to help with the solar panel project. Both charges fall under paragraph 16(a)(A) of the MACC Act and are punishable under section 24(1) of the same Act.

Rosmah, however, pleads not guilty and claims trial to both charges.

The judge has set bail at RM1 million and Rosmah’s counsel Geethan Ram requested that it could be paid in a staggered manner. The judge then set RM500,000 to be paid today, while the balance should be paid within seven days. Her case will be mentioned on 10 December. As for her aide, Rizal Mansor has been accused of receiving bribes from Saidi on four different occasions.

Both charges allegedly happened between March and April 2016.

Rizal also claims trial to all charges. Judge Rozina Ayob has set a bail of RM1 million for Rizal too, on top of instructing him to hand in his passport. Pre-trial proceedings will occur on 29 November.

In total, that sums up to about RM222 million – imagine how it could’ve gone to good use instead! What are your thoughts on their charges?

Also read: Ku Nan Arrested by MACC, to Be Charged Over 97 Land Deals Worth RM5.63 Billion 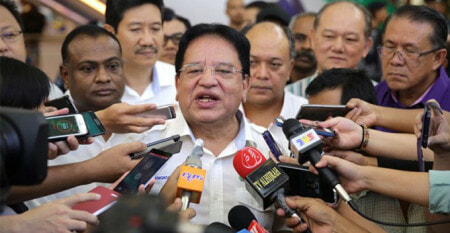