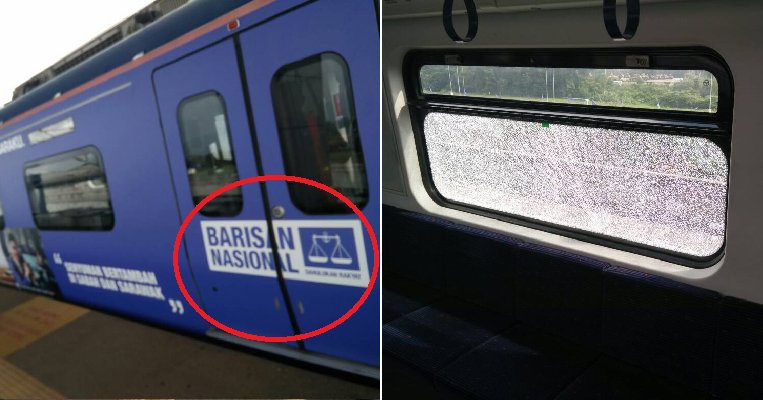 With just a few more days left for GE14, promotional materials for the political parties are seen everywhere, even on public transport (and probably some private cars!). Now, although some of these are paid by the political party to advertise their messages, we should still treat them with respect regardless of which party you support. 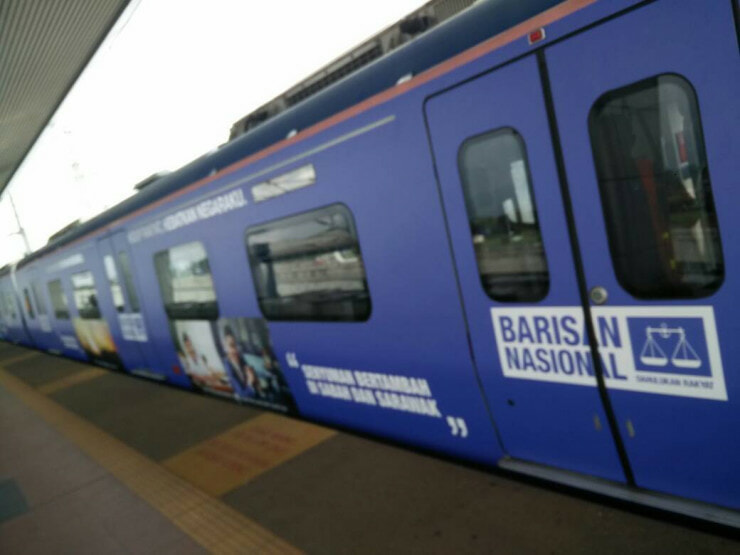 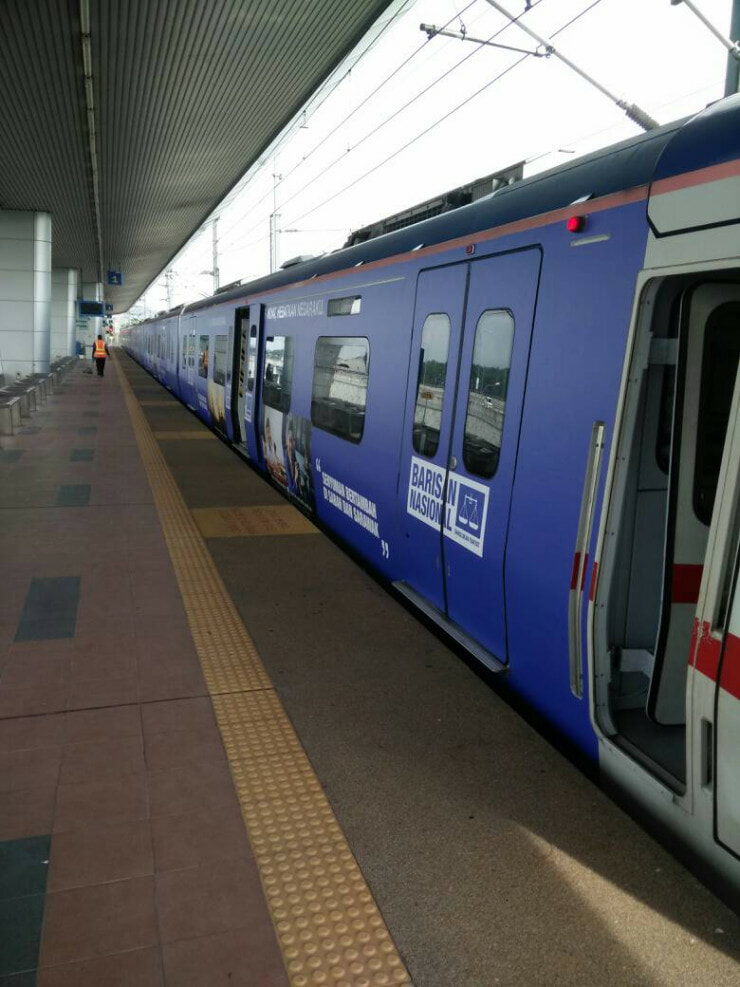 Unfortunately, an innocent KTM train allegedly became the victim of some disgruntled Malaysians just because it was plastered all over with political stickers. A Malaysian, who claimed that the driver of the KTM was her father, shared photos of what happened to the train he was driving on Twitter.

She wrote, “My dad drove this train today from Sentul to Tanjung Malim-Tampin and you know what happened? People threw stones at it (the train) and broke 18 windows in the process. Even if you hate the government, you shouldn’t do this. Think about what it would have done to the safety of my dad and other passengers. Before you want a better government, you should be a better you first.” She’s right, you know! 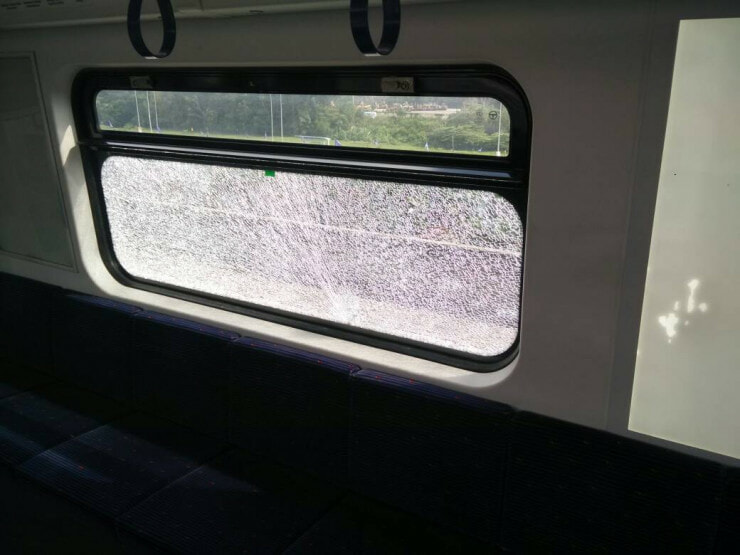 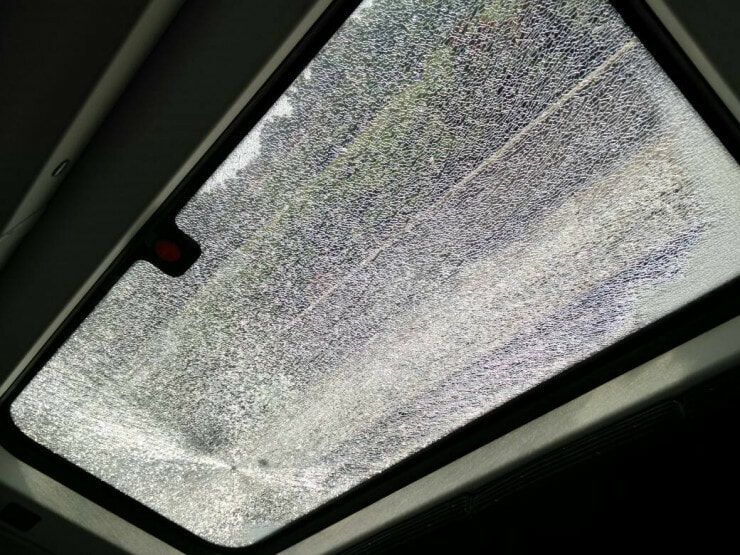 In about 24 hours, she got more than 8,300 retweets as netizens were debating the issue. Many of them agreed that change should first begin with themselves and said that even if they were unhappy, they should let their voice be heard with their votes.

They also said that even if the people were displeased, there were other ways of showing their dissatisfaction and not turn to violence as this was uncivilised behaviour. However, there were some of them who said that they should not make use of public property to advertise for voters as it was built using the rakyat’s money. 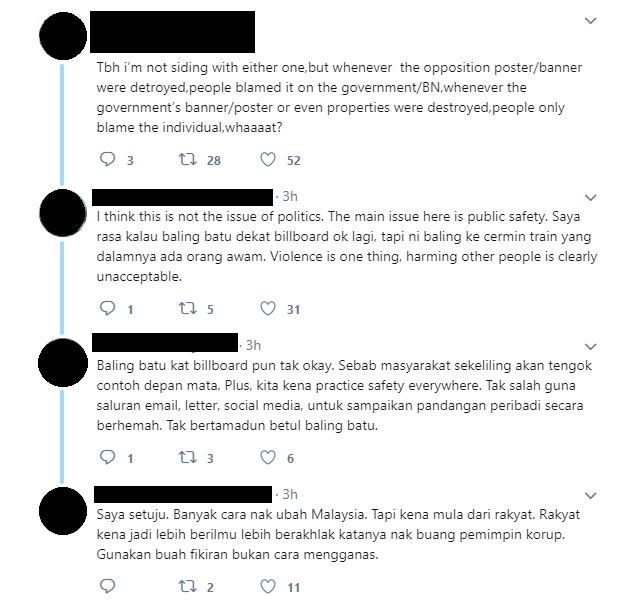 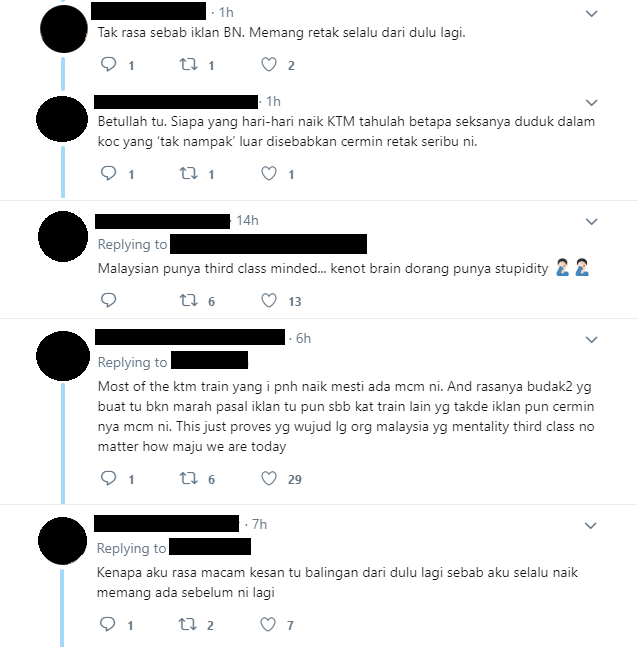 Nevertheless, some netizens said that it was a norm for the trains to be damaged as they have seen many windows that were broken even before the campaigning for GE14 started and might not have happened just recently. They chalked it up to “Malaysia’s third world mentality” that stopped us from progressing and improving as a nation.

What do you think about this? If you want to make your voice be heard, the most effective way is by voting and never by violence! 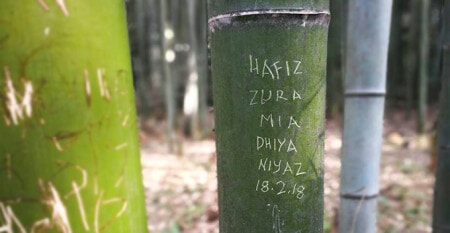