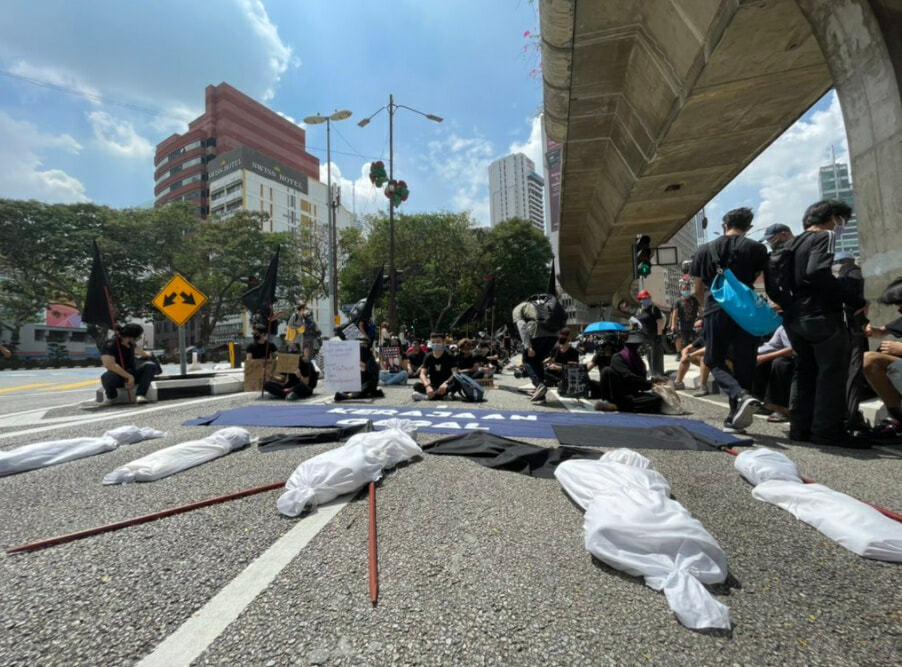 Since 10 am, hundreds have made their way to the Masjid Jamek LRT Station to join the #Lawan protest demanding the resignation of Prime Minister Tan Sri Muhyiddin Yassin.

Dressed in black, bringing along banners and placards that read “Kerajaan Gagal” (Failed Government), protesters equalled the number of police as they made their way to Dataran Merdeka.

Adhering To SOPs, marshals donning white safety hats made sure everyone in attendance fell in line and socially distance themselves from one another.

On site, netizens pitched in to report what was going on at the Masjid Jamek LRT Station.

According to @imnormgoh, “A crowd of about 200 people are preparing to march to Dataran Merdeka.”

Things however turned south an hour ago as a group of provocateurs provoked #Lawan protesters.

“An unknowns small group of provocateurs created a minor, rowdy situation during the rally. It was later controlled by the marshalls from the #Lawan rally group.”

Taking the #Lawan rally tp the next level, in his latest update, he writes, “#Lawan rallygoers now instructed to sit down and protest adjacent to the Dataran Merdeka.”

Also read: Local Activist Released After Arrested Without Warrant In Connection With The #Lawan Movement