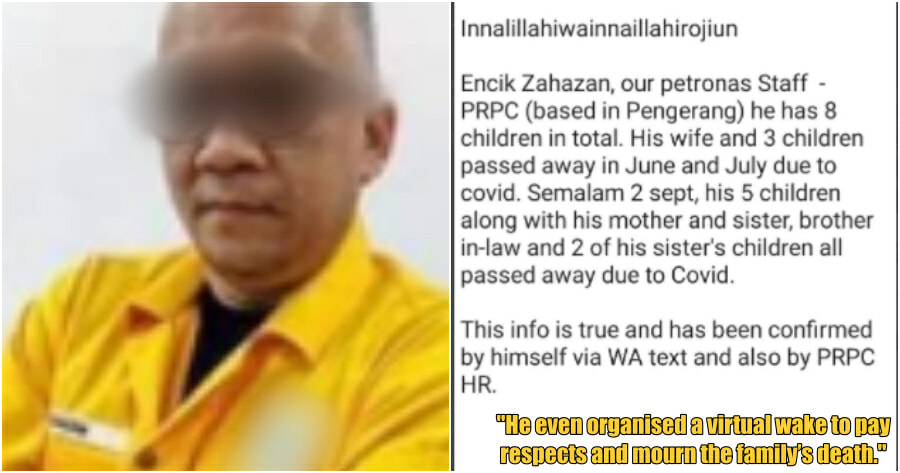 He had allegedly made RM91,000 from claiming that his mother, sister, brother-in-law, nephew and niece, wife, and 8 children had died.

The Covid-19 pandemic has brought about new opportunities for scammers and criminals to take advantage of the kindness and generosity of Malaysians.

A contract worker employed with Petronas’ Pengerang Integrated Complex in Johor has been detained after making false claims that he had lost several family members due to Covid-19.

He had allegedly been scamming co-workers and the public with the fake story and proceeded to collect donations.

The police said in a statement that the suspect had been spreading the lie since June to take advantage of people’s sympathy and collect handouts straight to his bank account. 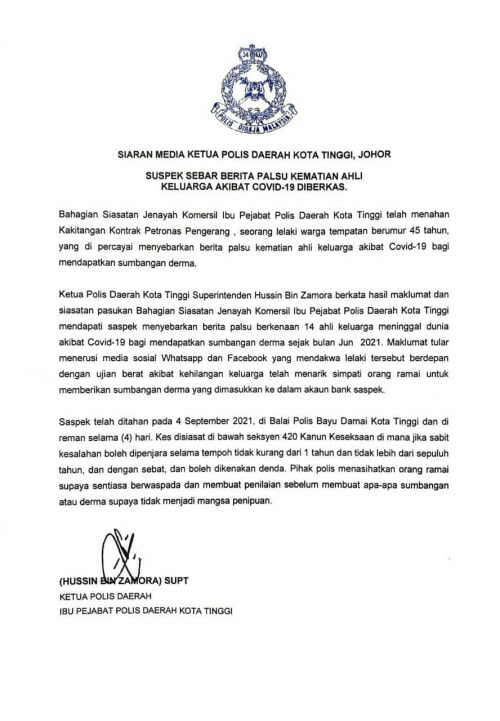 Accordingly, he was arrested on 4 September and investigated under Section 420 of the Penal Code for cheating, dishonesty and deception. This carries a maximum punishment of 10 years imprisonment, fines as well as whipping.

Harian Metro reported that the man’s message which made rounds on social media platforms WhatsApp and Facebook garnered sympathy from netizens and included a call for a donation from the public. 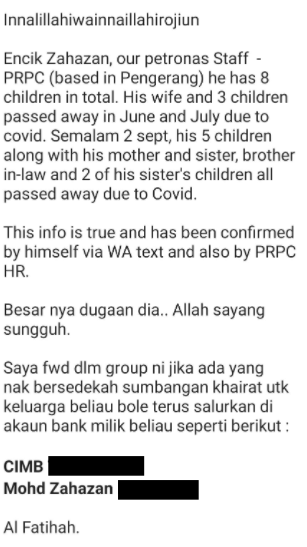 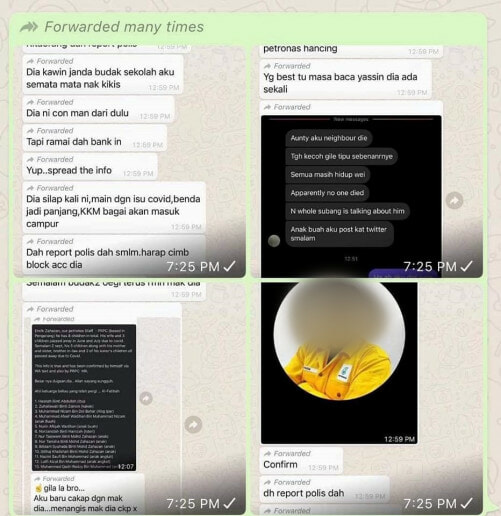 To make things even more ridiculous, the man’s co-workers and bosses were even tricked to attend a virtual ‘tahlil’ or wake to pay respects and mourn the family’s death.

The news was also confirmed by PETRONAS in a statement made on Saturday, 4th September. Petroliam Nasional Berhad (PETRONAS) through their statement informed that the male staff has also allegedly been receiving donations after appealing for public sympathy. 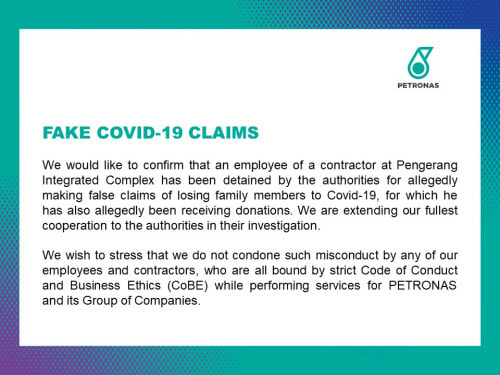 “We wish to stress that we do not condone such misconduct by any of our employees and contractors, who are all bound by strict code of conduct and business ethics (CoBE) while performing services for PETRONAS and its Group of Companies,” the statement read.

“We are extending our fullest cooperation to the authorities in their investigation.”

Well, hopefully, this serves as a reminder to not take advantage of people’s generosity. Let’s hope that justice will be served.

Also read: Aussie Police Team Up With PDRM To Capture One Of Malaysia’s Most Wanted Pedophiles 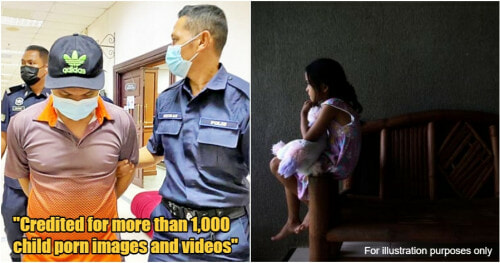