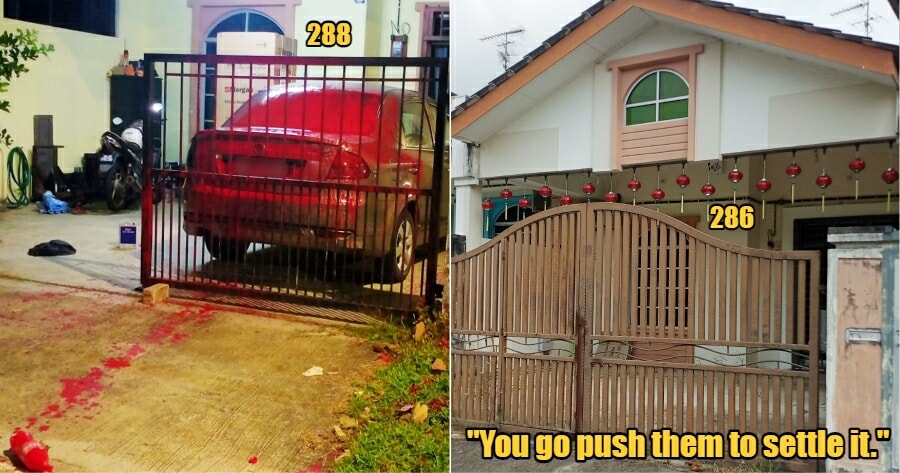 Ah Longs are terrible towards the people who owe them money, but what happens when their collectors can’t find the borrower?

Unfortunately in this case, an innocent family has to pay the price when their neighbour, who owes a loan shark money, has moved away.

Azhar Md Arif took to his Facebook page to share how he and his family have been threatened by a loan shark, because they can’t find his neighbour who owes them money.

He wrote, “An incident where red paint was splashed at my house last night. Someone else owes (a debt) and my house and car are the victims. I wrote this post for you guys to help me make it viral. I hope the debtor calls me to pay for compensation, but I’m not sure if they will.”

It all started when Azhar heard a commotion outside his house at midnight. He went outside to see what had happened and noticed 2 boys on a motorbike leaving after throwing a bottle of red paint at his car.

“My house number is 288, but according to a note, the debtor’s house is 286, which has been empty and unoccupied for almost half a year,” he shared.

Azhar decided to contact the Ah Long, whose number was left on the note, and did not expect the response he got.

“You go and push them to settle it.”

“You push the (house) owner to settle this.”

“That doesn’t make sense. Do I work for you? To listen to what you tell me to do?” Azhar asked again.

The loan shark then sent Azhar a phone number, stating that the person behind the number was challenging him.

“So if there are more problems at your house, don’t blame me. I will do worse later.”

Azhar then told the loan shark to do his worst to the debtor, instead of to him, but the loan shark insisted that the person behind the phone number told him to do it.

“You just wait. The more people challenge me, the worse I will do to your house. I am in a dark place. You don’t know me.”

“What you put out on Facebook is the same, you are creating problems for yourself,” the loan shark added.

Azhar has since made a police report and hopes that the general public keeps him and his family in your prayers.

Especially considering the fact that he has never been involved with loan sharks, it is unfair that he had to endure the torture that comes his former neighbour’s debts.

We genuinely hope that the authorities look into this matter and that Azhar and his loved ones stay safe during this tough time.

What would you do if you were in Azhar’s shoes? Share your thoughts in the comment section. 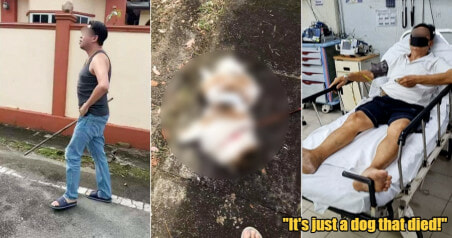