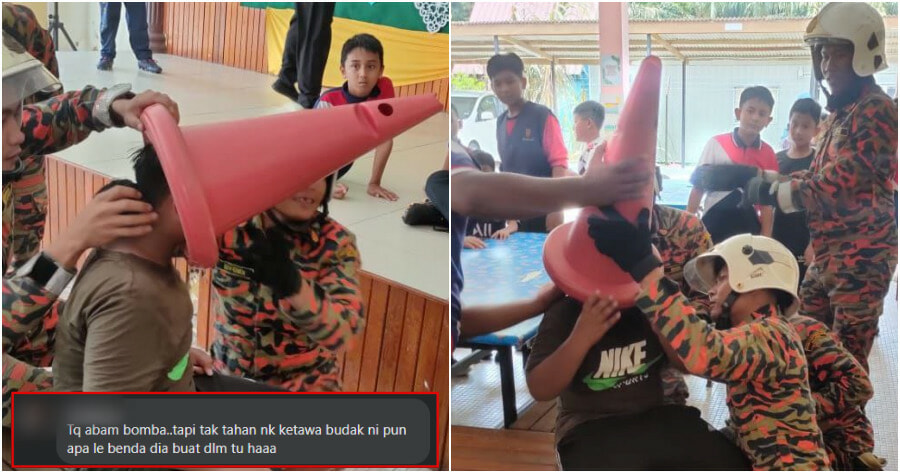 Kids often get up to no good when either unattended or in the presence of a group of friends, where they’d often challenge one another to do things that may seem harmless.

However, a schoolboy in Pontian, Johor found out the hard way that sometimes a simple way to impress your friends could prove dangerous.

One fire truck from BBP Pontian with a total of 6 members sent to the scene. The Operation Commander was led by Senior Fire Officer II KUP Mohd Ezal bin Azman.

According to the operation commander, upon the arrival of the operation release team (PKO) at the scene it was found that there was indeed a victim who had gotten a traffic cone stuck onto his head.

“PKO acted to cut the cone using SOS Rescue Tools and removed it from the victim safely.”

The victim in question was a 10-year-old boy.

“Don’t know whether to laugh or feel bad”

The post by the Johor Fire Department went viral and captured the attention of Malaysians. Most netizens expressed their amusement at the boy’s predicament.

“Thank you to the firefighters. But I can’t stop laughing at what the boy could possibly be doing in there.”

Another commented, “I don’t know whether to laugh or feel bad. In the future when he comes to reunions, everyone would be reminding him of this story.”

Meanwhile, others urged kids to learn from this. “Not everything should be made into a joke.”

We hope that the boy learns from this and doesn’t ever do it again! 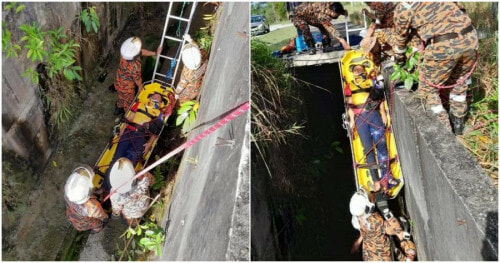