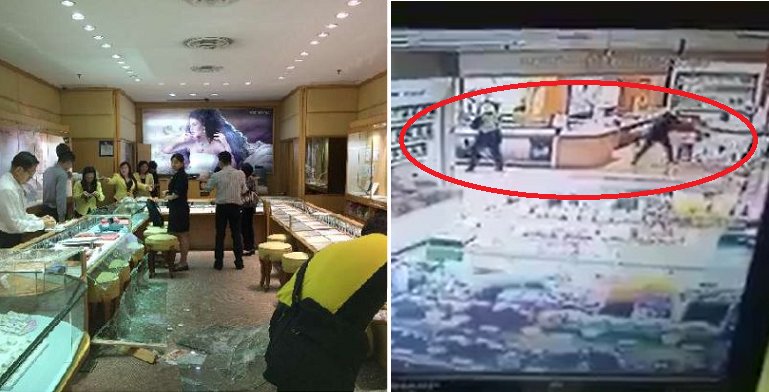 Four men made off with more than RM1 million worth of jewelry from a heist at a jewelry shop at Plaza OUG near Jalan Klang Lama yesterday. The incident happened in broad daylight while customers were on a long lunch break around 12.50pm. 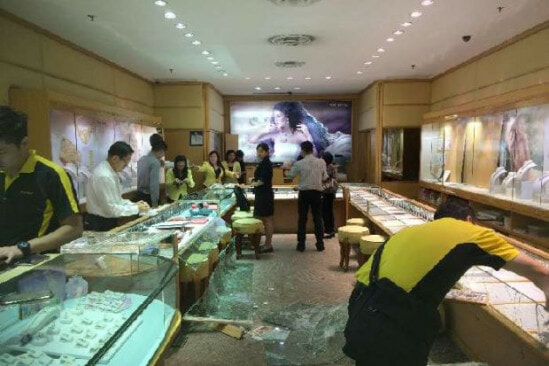 The robbers were armed with a hammer, machete and weapons that are believed to be guns. They managed to make off with 21 trays of jewelry in just four short minutes.

They barged into the shop wearing masks and helmets where one of them then pointed a gun at the employees while others smashed the glass cases with the hammer to get to the jewelry.

The shop had an armed guard but the robber pointed the gun at the two men and three women employees before the guard could react. The escape vehicle is believed to be a green Mercedes Benz car.

One of the staff at the convenience store located opposite the jewelry shop said she panicked and ducked when she saw the robbers as she feared for her own safety.

ACP Shahrul said that the police are currently investigating the case for armed robbery. Evidence collected by the forensics department at the crime scene include nine swabbings of blood and two glass shards with blood traces. The robbery was also caught on closed-circuit TV cameras which will be analysed for identification.

Watch the CCTV captured below: