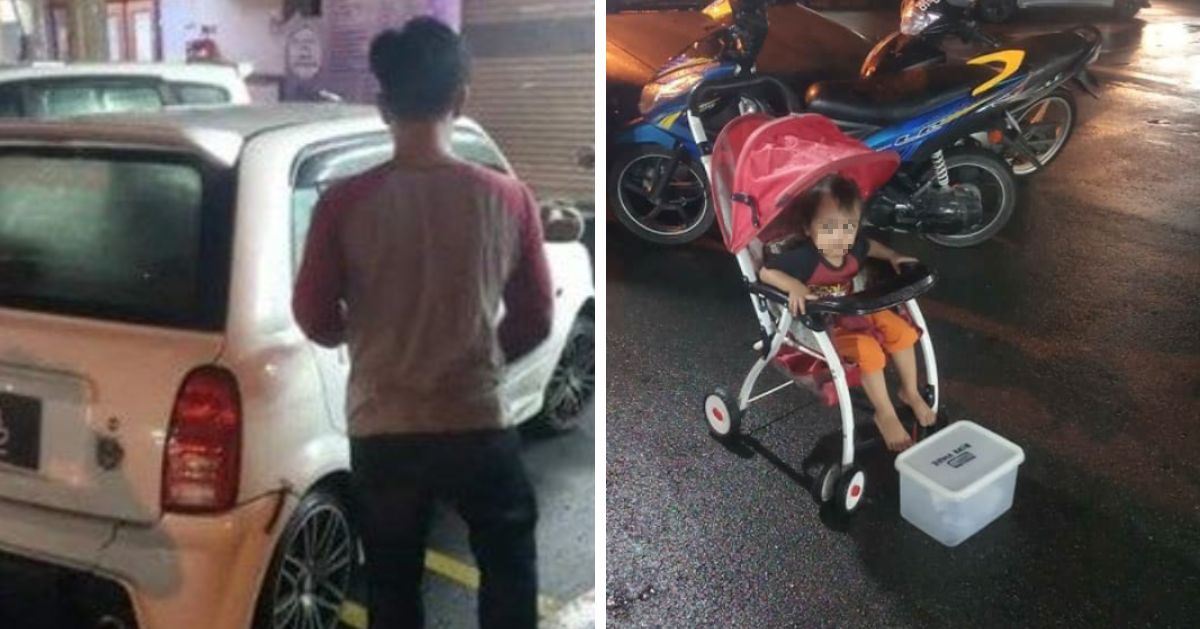 Parents are supposed to be the protectors of their children, the nurturing figures who shape what they will become through dedication and example. At least, that should be the case, but not all parents are up to the job, as shown in this horrific set of photos posted in the Facebook group UPDATE & INFO by a netizen who goes by Sonya Pilatus.

The photos, which were allegedly taken in Uptown Perda, Penang, show a toddler in a stroller sitting in front of a plastic box for donations in the pouring rain. The toddler doesn’t even have a blanket or jacket while he sits looking fearfully around him, and his or her parents are nowhere in sight! 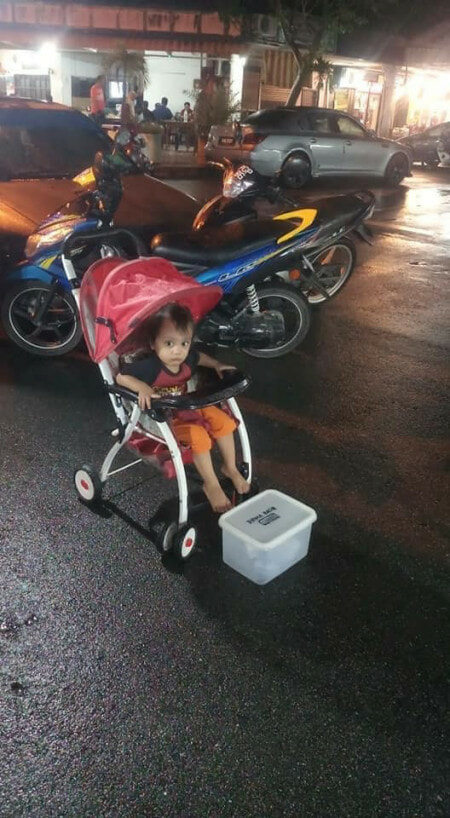 According to a WhatsApp conversation that allegedly comes from a group of traders at the Perda City night market, the toddler’s father is in debt to loan sharks and cannot afford to repay the RM38 daily repayment demanded by them, and so he is soliciting donations using his child.

The dad is seen sitting in a Perodua Kelisa, and it is unclear if these images were taken after he had collected his child from the night market with the donations. However, Sonya said in her post that neither he nor the mother appeared to be watching over the toddler while the child was forced to beg.

That’s truly terrible! Everyone has their own circumstances, but leaving your child to beg alone on a cold night with no protection from the weather is just irresponsible. We hope the relevant authorities can act before any harm comes to the toddler.

Also read: Brave M’sian Shares How He Hunted Down Scammer Who Sold His Car to Loan Sharks 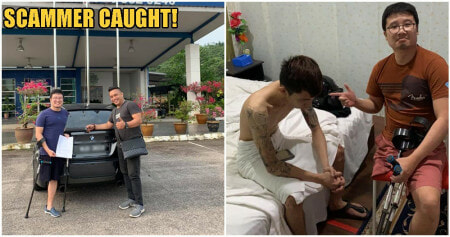