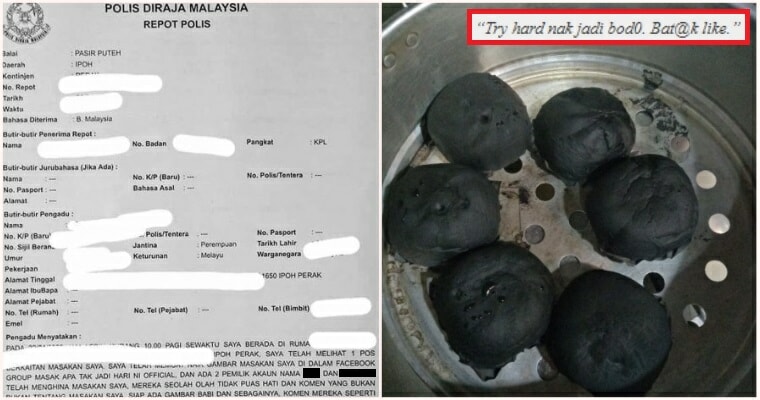 Let’s just say, not everyone can cook.

That’s not something to be embarrassed about. People just have different skills. It’s even okay to make fun of bad cooking when it’s justified. But what happens when you take it too far?

You get reported to the police. As according to Lobak Merah, a woman from Ipoh who had shared her ‘burnt paus’ on the Masak Apa Tak Jadi Hari Ni Facebook group became the target of unnecessarily mean comments because the paus could possibly be charcoal paus.

A couple of those commenting apparently took their opinions too far when they allegedly overly insulted the woman to a point where she believed it was personal. She then decided to make a police report against two particular netizens who left insulting comments on her posting. 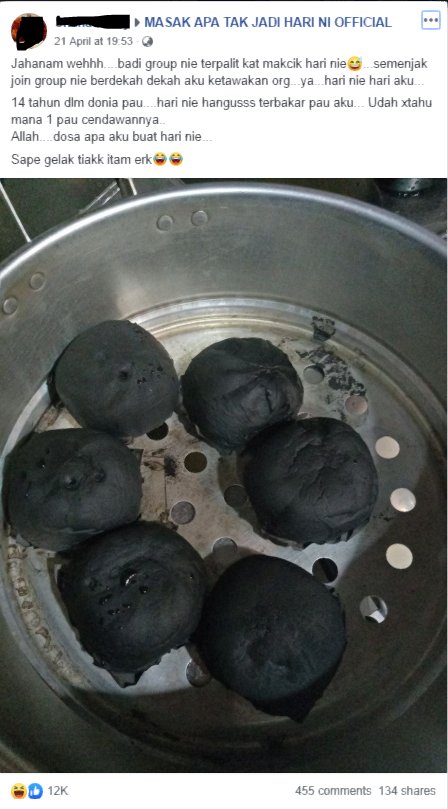 The woman wrote in her posting, “What the hell, weyh. 14 years in the world of paus and today, I completely burnt them. I don’t even know which is the mushroom pau. Allah, I don’t know what’s my sin today.”

She jokingly added, “Whoever laughs, their armpits are black.”

Apparently, two netizens saw the posting and as described by the woman in her police report, seemed like they were unsatisfied with her. They allegedly made comments that she found to be overly insulting and targeted towards her.

They said things like, “Trying hard to be stupid”, “She looks old, not pretty, already overly annoying”, “Pig, I can steam corn in a plastic bowl and it wouldn’t burn la aunty”, “Trying hard to show her stupidity. If you’re scared of backlash then don’t post anything” and even allegedly inserted a picture of a pig in the comment section of her posting.

They apparently also said, “14 years of experience making ‘paus’, first time burning it so that you have something to post on Facebook? Trying too hard”, “This aunty likes to post people’s stories on her wall. She’s just hungry for attention” and “Is it true that your armpits are black? Just asking”.

Netizens are also speaking out about the fact that the paus are allegedly charcoal paus, and that they’re not burnt. They added that the woman could be posting lies for attention.

The woman has since made a police report against two netizens who she found to have gone overboard with their comments. 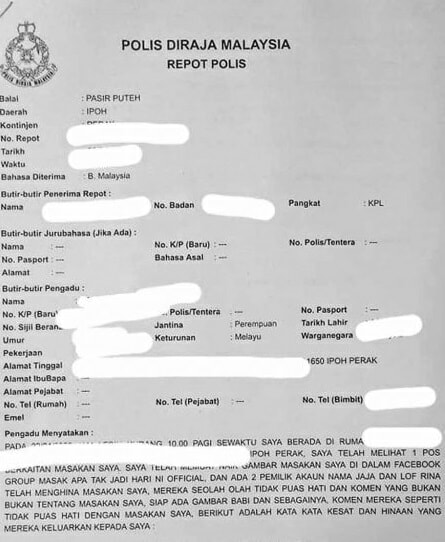 “There are two accounts that have insulted my cooking. It is as though they are not satisfied about something and commented things that had nothing to do with the food. They even added a picture of a pig along with others. Their comments were as though their were unsatisfied with my cooking,” she wrote in her police report.

It is unclear as to whether action will be taken against the netizens mentioned in the report.

What do you think about this? Were those comments warranted? Was the woman lying about the paus?

Also read: M’sians Are Sharing Their Failed Cooking Attempts On This Page And It’s Just Too Funny! 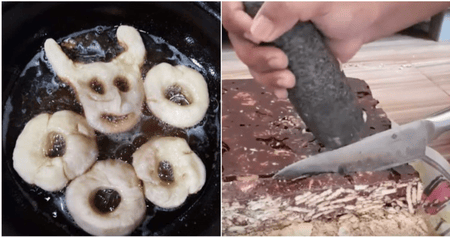