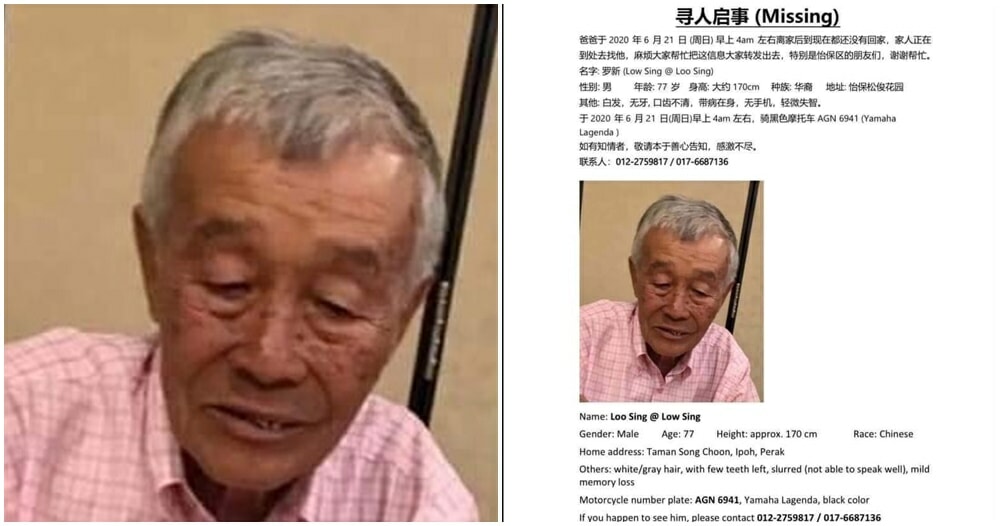 If you have any information about the missing person’s whereabouts, do reach out to his family.

Hi guys, my friend's grand relative has gone missing. Appreciate it if you could spread the notice!

A 77-year-old man, who goes by the name of Loo Sing, was reported missing three days ago after he didn’t return home on 21st June. According to his daughter, Loo Kam Lan, the family first noticed their father’s absence at 4am as, “he would usually go out for an early breakfast and return home shortly (around that time).”

However, with no sign of his return, Loo’s family decided to look for him in familiar places, “We went to his usual coffee shop but he was not there,” said Kam Lan, in a statement recorded by the Star.

The elderly man didn’t bring his phone with him so his family had no other means of contacting him. On Tuesday (23rd June), a press conference was organised by Simpang Pulai assemblyman, Tan Kar Hing, to alert the public of the concerned family’s missing father. 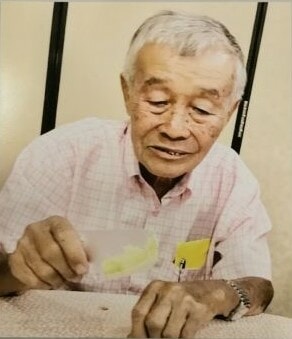 According to the missing person’s report, Loo has white/grey hair and speaks with a slur. He also has mild memory loss. The elderly man was last spotted in a blue chequered shirt with long black pants. He was also described to ride a black Yamaha Lagenda motorcycle with the number plate, AGN 6941. Loo reportedly, “has several chronic diseases such as high blood pressure. Before leaving the house, he did not bring his medicine,” added the assemblyman.

While the family took to social media for help and received news from multiple sources of their father’s reported sightings, he still remains missing. “Over the past three days, we have received information, such as people seeing him at Buntong and Silibin. However, upon, checking, he was still nowhere to be found,” added Kam Lan.

“The family informed me that they received some false information saying that Loo Sing is in Cheras and several areas that are far away from home,” said assemblyman, Tan, who urged anyone who has any information on the missing elderly man to contact the family immediately.

Also read: 76yo Missing Grandma Found Dead In a Drain in Serdang Raya After 7 Days