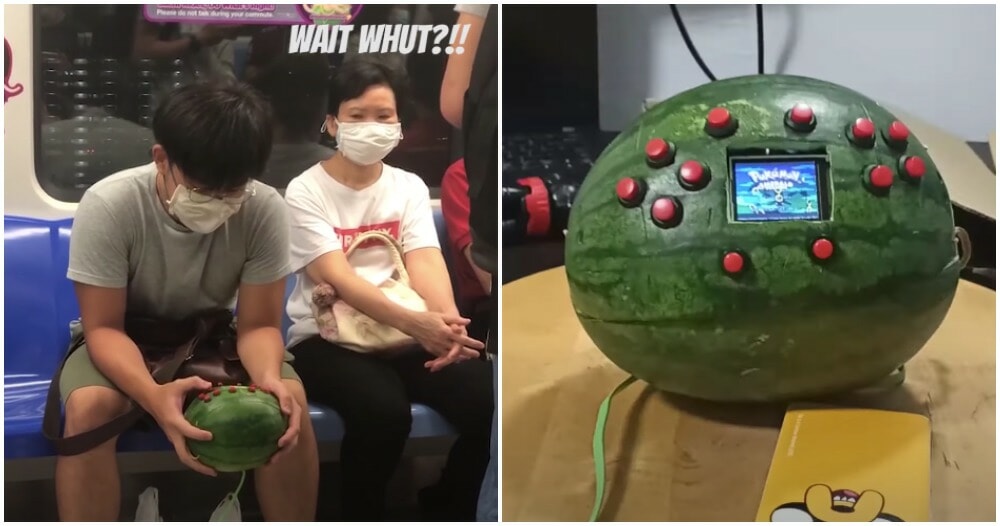 We’ve seen many game inventions throughout the years such as Sony’s PSP and Nintendo’s Gameboy, 3DS and the new craze, Switch. However, surely nothing can beat this new invention made by a Singaporean student, that has caught the attention of many.

Cedrick Tan had a brilliant idea to create a Gameboy made out of a watermelon, called Melonboy. Judging based on his YouTube channel, the 24-year-old student majoring in both Business Analytics and Marketing seemed to enjoy tinkering with tech stuff in his leisure time. 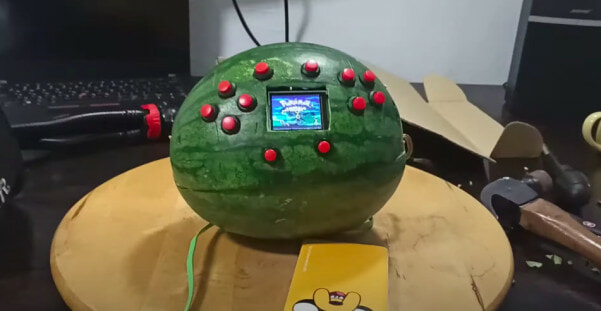 Initially doing it as a joke,  he didn’t realise that Melonboy would pique many interests as it has now. The device itself is so eye-catching, it would literally turn everybody’s heads.

“It really appealed to me that it would be something hilarious to bring around public! So I decided to go ahead with the project and everything fell in place”, said Cedrick. 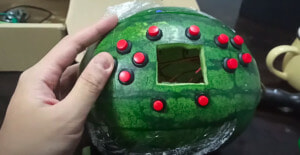 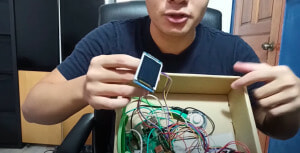 Cedrick shared with WORLD OF BUZZ that it took him one month to complete the construction of Melonboy. He had dealt with some obstacles along the way but has managed to successfully build and play it.

He knew that his invention would make everybody curious, especially carrying something as big as a watermelon. So, he brought it around Singapore with him on an adventure and had encountered many hilarious interactions.

“Most people gave me confused looks. Some took pictures from afar and the fun ones were when people came up and asked me what I was playing with!” 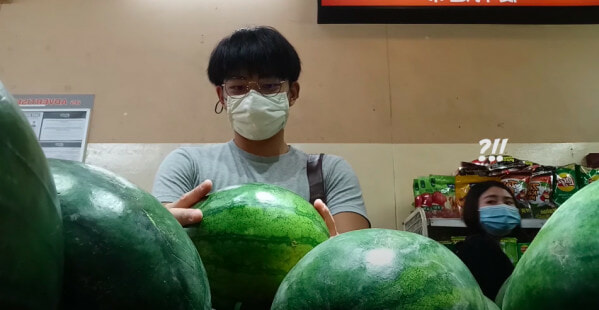 Amongst the many interactions that he has experienced, there was one that truly takes the cake. While taking the SMRT train, he received a complaint that he was carrying a watermelon bomb. A distressed officer approached him asking what was he holding. Discovering that there was a Pokemon game playing on the screen, she asked him to follow her to the control station since she noticed many people are complaining about his device.

Upon reaching the control station, to his surprise, the SMRT staffs were elated to see Melonboy and even took pictures of it. Cedrick could not be happier seeing how people gleefully reacted to Melonboy. 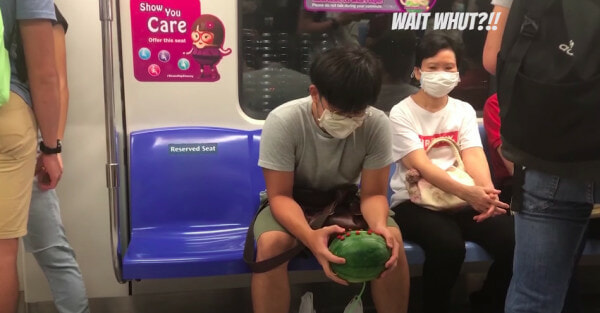 He ended the interview stating that many people, locally and internationally, have reached out to him about Melonboy saying how they were inspired by him to start creating bizarre inventions such as his.

“Personally, it was mind-blowing that the Melonboy could have an impact on people and I’m really glad it is!”

Stay tuned to see more of his creations on his YouTube channel (Cedishappy) and Instagram (@cedishappy)! Sound off in the comments of what you think of Cedrick’s Melonboy!

Also Read: This YouTuber Created A Device That Shoots A Mask Onto A Person’s Face 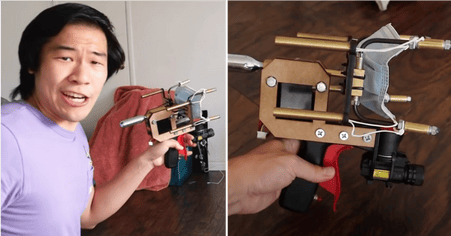