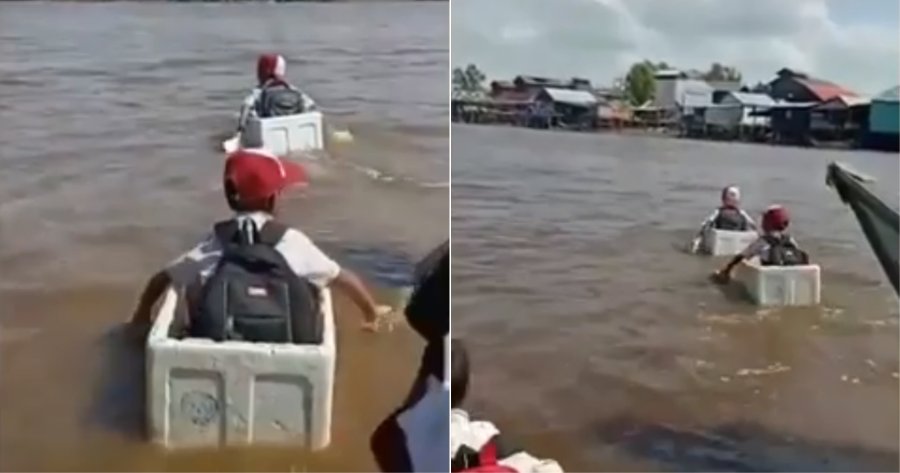 It’s no secret that there are communities all around the world, including in Malaysia, where children have to endure difficult situations just to go to school.

For instance, there were students in Sabah who had to dangerously cross a pipeline over a river in order to get to their school.

Now, based on a report by Kompas, it has come to light that there are primary school students in Indonesia who use Styrofoam boxes as boats to cross a large river, on their journey to school. 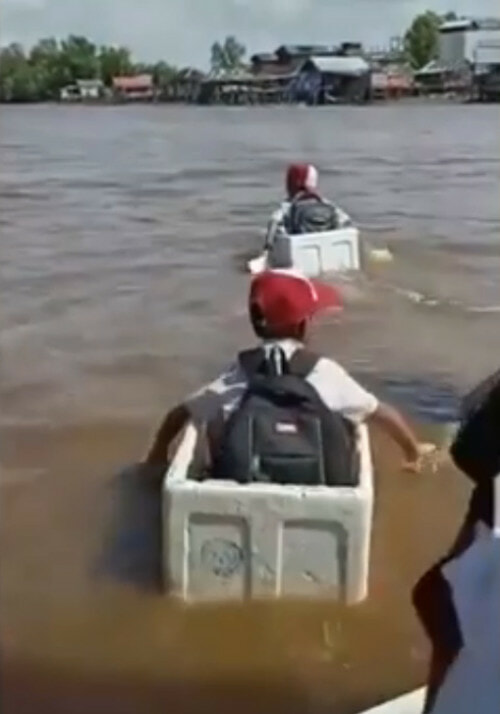 These students have to cross the river, which is located in the Ogan Komering Ilir (OKI) regency in South Sumatra, using Styrofoam boxes, which has caused concerns among the residents there as it is clearly a dangerous feat. One wrong move or even a twist of bad luck can end in tragedy for these kids.

According to the Head of Planning and Finance of the village, Adi Perdana, students rowing Styrofoam boxes as boats across the river to go to school has become a norm to the natives there.

While some kids are escorted across by parents on boats, apparently, sometimes the children themselves refuse to be escorted by boat and prefer taking the Styrofoam boxes. 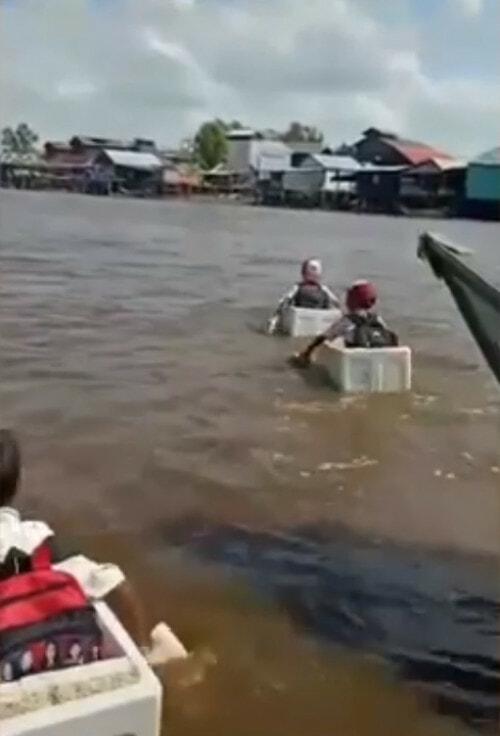 “For the past 10 years, children have used these boxes to play in the river. There’s usually up to seven or eight of them playing there using these boxes,”

“All of the children can swim well. They usually swim across rivers which are up to 120 meters wide,” Adi shared.

The fact that this has become a norm makes the whole situation that much more saddening. We genuinely hope that these kids stay as safe as possible on their journey to school.

Also read: Here’s Why This 11yo M’sian Got A Very Special Shout Out From Popular Talk Show Host, James Corden! 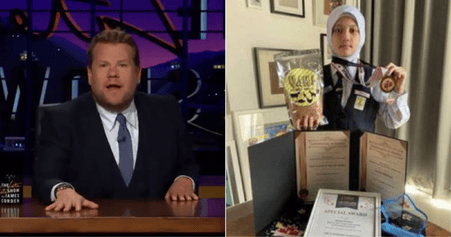