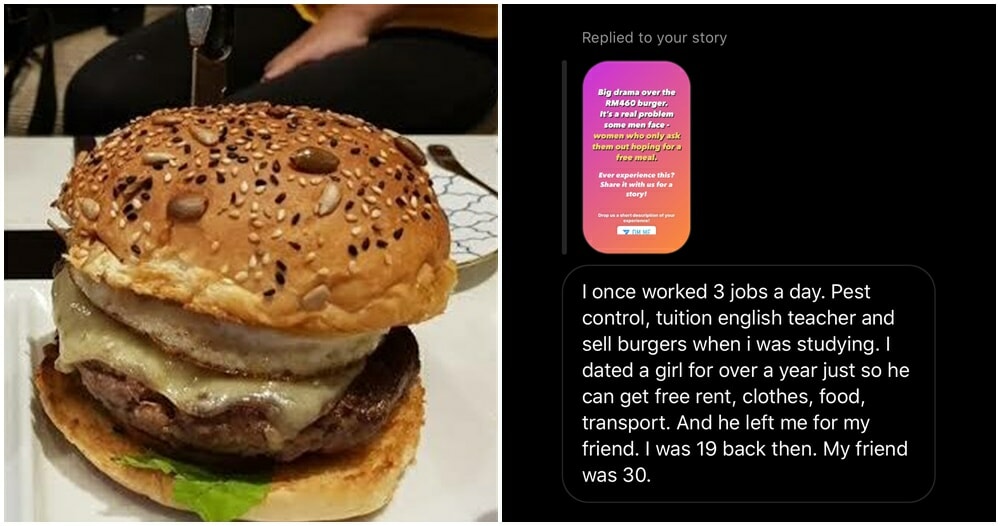 Disclaimer: This piece reflects compiled opinions of others on the subject matter. It does not reflect the opinions or beliefs of WORLD OF BUZZ.

Unless you’ve been living under a rock, you would’ve heard about how the #RM460 burger fiasco blew up on social media and took the internet by storm yesterday (7 October). But if you haven’t read about that yet, you can check it out here.

It’s pretty outrageous thinking about how someone would make a guy pay for a bill that costs TEN TIMES more than what they actually ordered. ‘Some girls’ may feel like its the “gentlemanly” thing to do for a guy to always pick up the bill when they go out. But does that apply for all occasions? We took to WOB’s Instagram to ask you guys if this story hit a little too close to home and here’s what some of you said!

“I worked 3 jobs for her and she left me for my friend.” 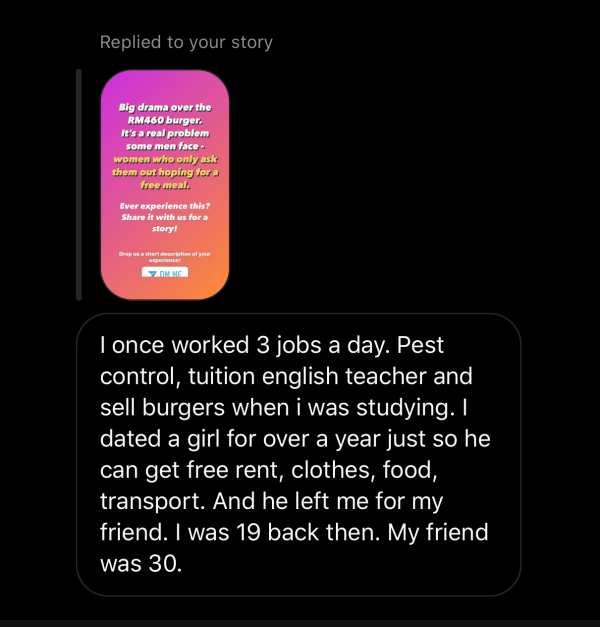 One netizen said he used to work three jobs when he was studying just so a girl he was seeing could have free rent, clothes, food, and transport. But after a year, the girl still left him for his friend who was eleven years older than he was.

“Even during funerals, people don’t ask you to pay for the burial.” 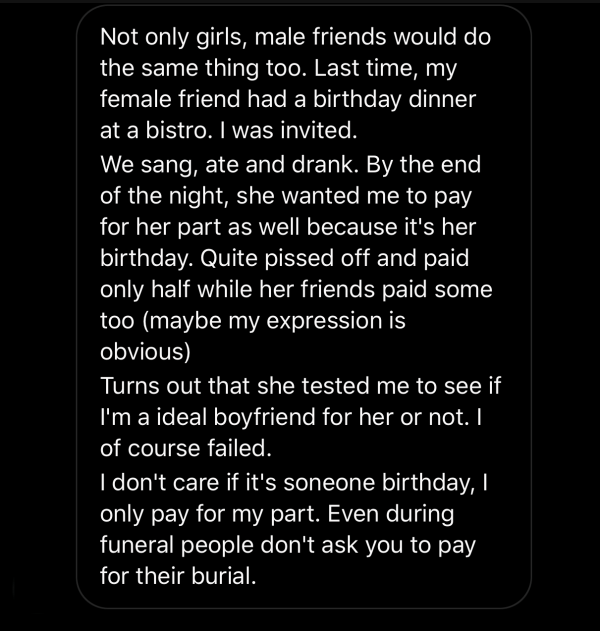 Another netizen pointed out that it’s not just female friends but male friends who tend to do the same thing. He recalls an experience he had with one of his friends where he was invited to a party by a girl who wanted him to pay for her meal as it was her birthday. After he begrudgingly paid for half her meal, he found out that it was actually a test to see if he could be an ideal boyfriend. “Of course I failed. I don’t care if it’s someone’s birthday, I only pay for my part. Even during funerals, people don’t ask you to pay for their burials.”

“It doesn’t just happen to guys” 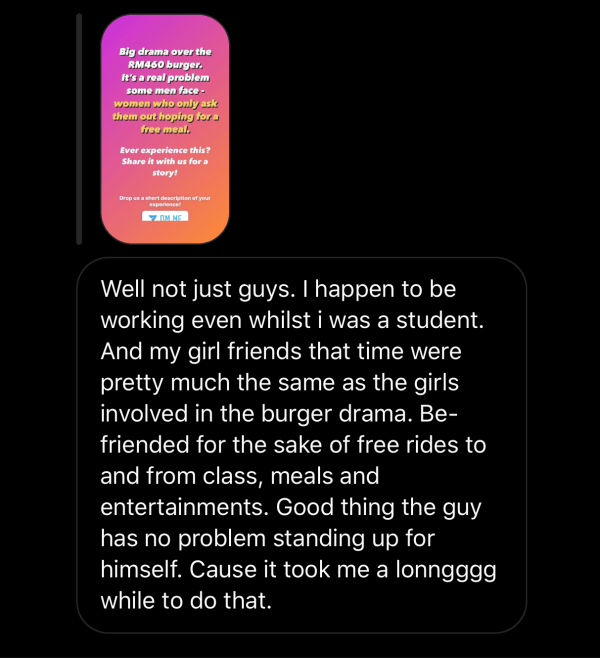 Girls have friends who freeload off them too! One netizen shared that while she was a student, she had friends that were the exact same as those involved in the burger drama. “Befriended for the sake of free rides from class, meals, and entertainment.” She added that it was a good thing the guy from the burger fiasco exposed those girls as it took a while for her to do the same! 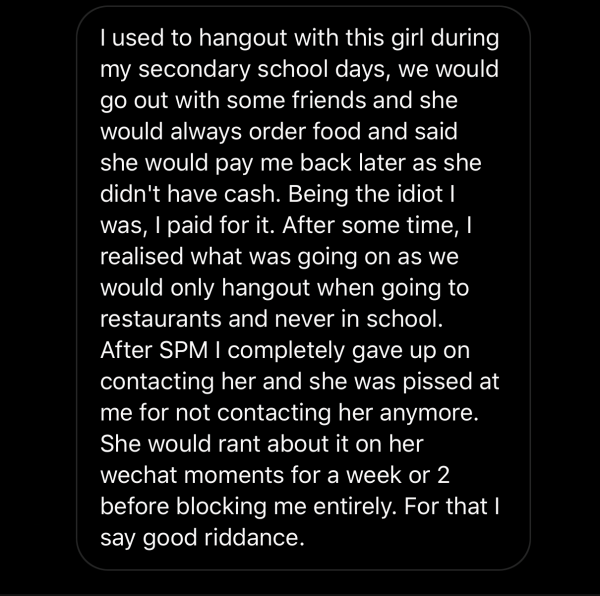 Most of us can relate to this netizen’s experience of having friends who promise that they’ll pay you back but never do. He shared about a friend who would always use the excuse that she didn’t have cash and ask him to settle the bill first but he soon realised what she was actually up to and gave up on the friendship after high school. “She would rant about it on her WeChat moments for a week before blocking me entirely. For that I say good riddance.” 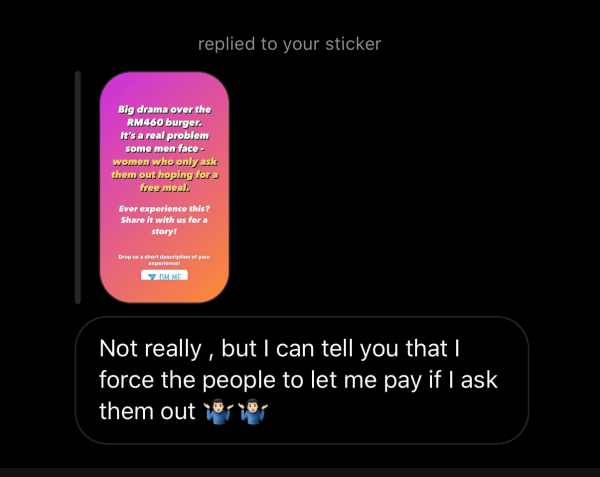 One netizen who replied said he doesn’t really face this problem in his own life. He lives by a simple principle, “if I ask them out, I force the people to let me pay”.

Regardless of whether you’re a guy or girl, we want to know what you think. Sound off in the comments below!