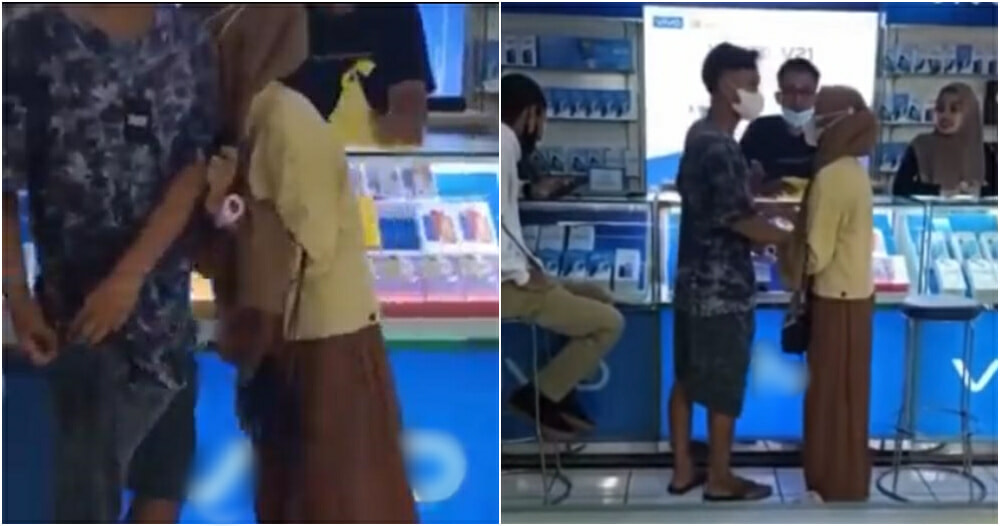 Recently, a video of a young couple arguing at a mobile phone shop has gone viral on social media. The cause of the argument?

Well, as reported by Kendalku, the woman in the video wanted an iPhone but her boyfriend bought her a different phone brand instead. 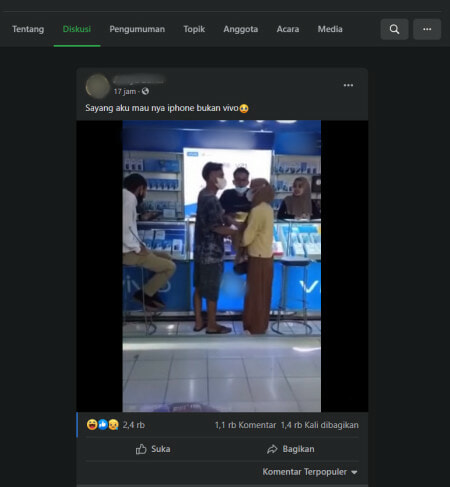 In the video, the woman can be heard saying “Honey, I want an iPhone.”

The woman seemed rather frustrated at the situation while her boyfriend tried his best to stay patient in calming down his partner. However, she then tried to push her partner out of anger which provoked him even more.

Even the person behind the camera tried to calm them down by saying, “Fighting instead? So, are you buying the phone or not?”

At the time of writing, the video has been watched over 500,000 times on the Facebook group.

Also Read: “But he’s a big eater” Girl Asks For Advice On Splitting Bills As Her BF Eats More On Their Dates 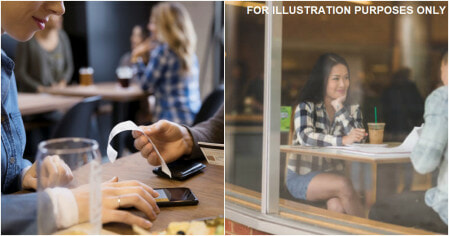