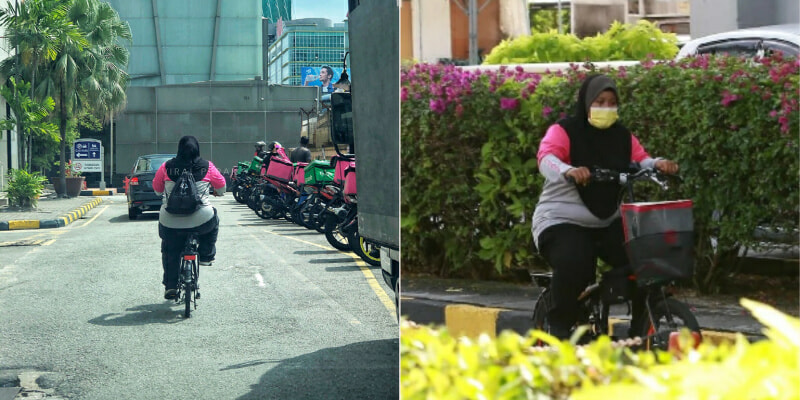 Recently, a FoodPanda delivery rider, 29-year-old Siti Khadijah Suhaimi was praised by netizens as she cycled to make her deliveries despite the cruel Malaysian weather.

And it turns out, there are in fact, many delivery riders in Malaysia who either use bicycles or walk to make their deliveries. But, considering the dangers of riding bicycles on Malaysian roads, why would she; and other riders, put themselves through such situations?

As according to Harian Metro, Siti Khadijah had previously worked two jobs, as a fast-food restaurant worker and as a part-timer at a hotel but became unemployed in July, during the Covid-19 pandemic. After being introduced to the FoodPanda Walker initiative by a friend, she was sceptical at first but ultimately, decided to join as she wanted to work and be independent. 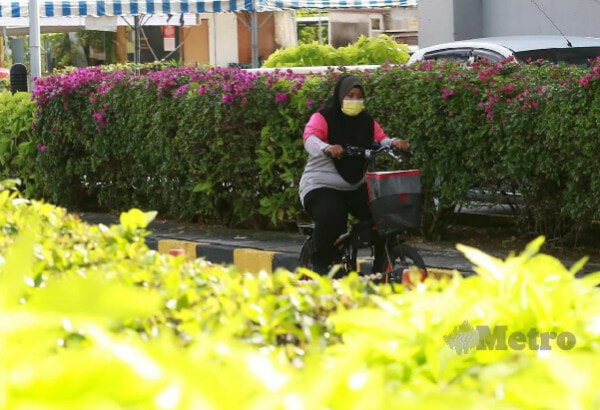 “In the beginning, I was embarrassed but I fought off my feelings and thought as positively as I could about all of this. Plus, I lost 4kgs of my body weight after cycling to deliver orders. Maybe some people will assume that delivering orders via bicycle won’t earn much but I’ve chosen to take this on as for me, it is a challenge and I want to be independent and make a living for myself,” she shared with Sin Chew.

In the two weeks that she’s been making deliveries on her bicycle, she has also encountered some shady characters on the road.

On her second day on the job, a motorcyclist had attempted to snatch her phone from her as she was checking the map to plan her journey. The snatch thief had failed to steal her phone but had caused it to fall, which left a crack. 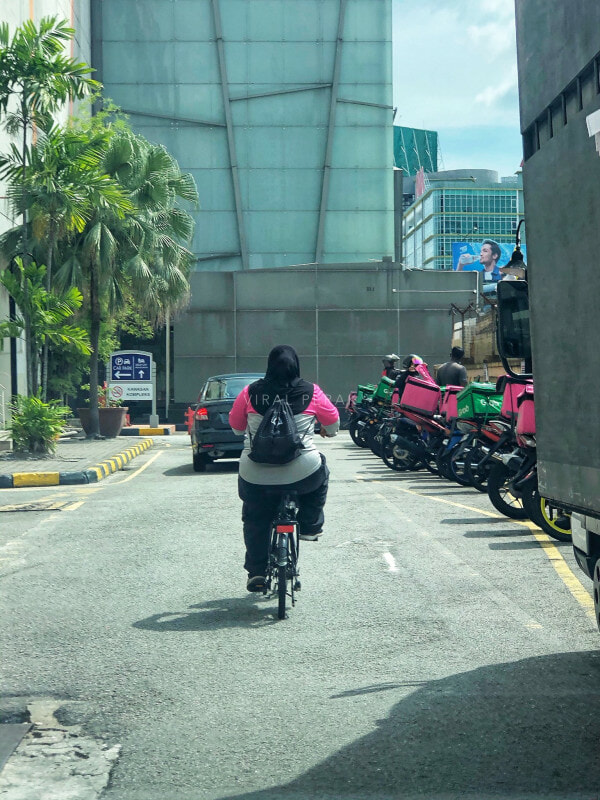 “At that point, I wanted to cry, but I strengthened my spirits and continued to deliver the orders. I am aware of the tenacity of the challenges that lie ahead that I may face,” she said.

With such dangers on the road, any parent would fear for their child’s safety.

“My mother and father didn’t stop me, instead, they supported me and asked me to be careful. My father even bought me a bicycle for RM500 as a form of encouragement,” she added.

Siti Khadijah shared that during her first week, she received 24 orders and the numbers increased as she went into her second week on the job. The highest number of orders she received in a day was eight orders.

“I take it as a form of exercise, where I leave the house at 11am and come home at 3pm.”

Her willingness to work hard in order to earn a living for herself while facing adversity is truly exemplary, but what’s most inspiring is her optimism and positivity throughout her experiences.

Also read: Uncle Kentang Is Developing An App To Help Hawkers & The Underprivileged 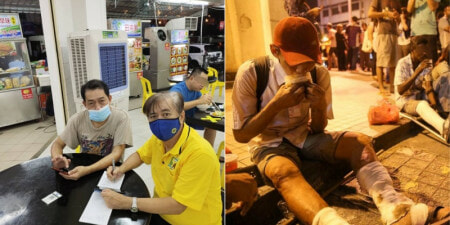