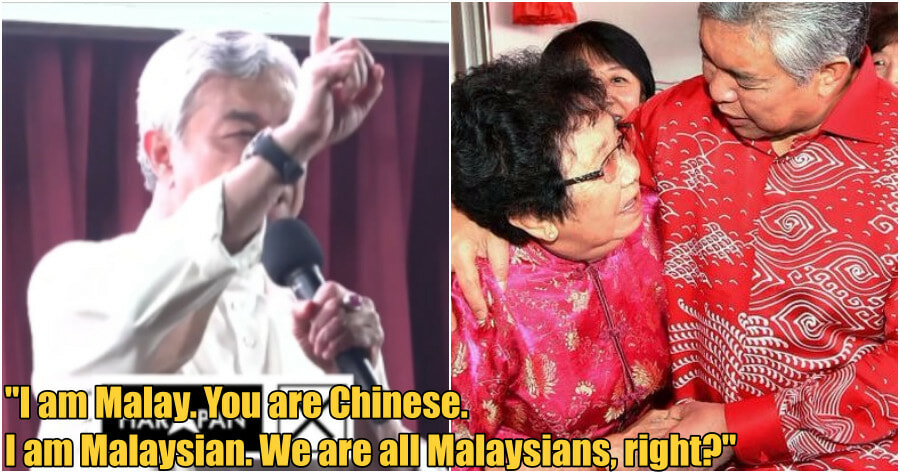 Although we live in a country where there is a melting pot of different races, cultures and religions, it is quite rare to hear of an intertwining of cultures and races as we’d often keep to ourselves.

This is made even worse with race-based politics which often polarises us against one another.

However, some politicians appear to have gone against the grain to embrace their background and heritage. 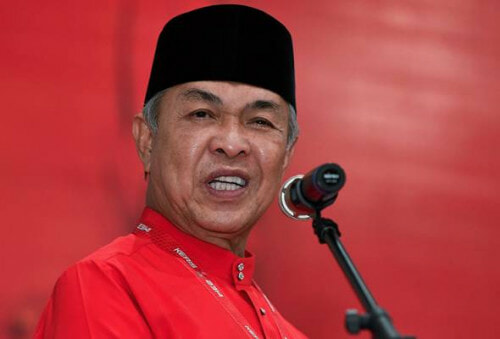 In his speech at the Pakatan Harapan’s (PH) ceramah, Zahid stressed that the collaboration between BN and PH to form a unity government is essential for the progress of the country.

He then suddenly switched to Mandarin and said, “Wo mei you qian. Hen duo qian? Bu zhi dao, bu yao qian (I don’t have money. A lot of money? I don’t know, I don’t want money).”

“I am Malay. You are Chinese. I am Malaysian. We are all Malaysians, right?” he continued in Mandarin. 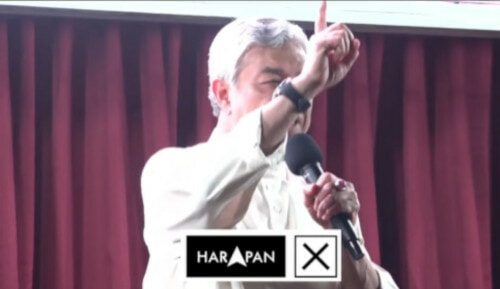 How is he able to speak Mandarin?

The clip of him speaking Chinese has gone viral on social media. Although it was met with cheers at the site of the ceramah, some netizens were a bit more skeptical and made jokes about it.

“The DAP effect,” commented another user.

The reason behind why Zahid was able to speak Mandarin is because he was raised by a Chinese foster father.

“I must tell Chinese journalists that I have a Chinese foster father. I sold ice-cream together with him way back when I was in Primary One to Primary Six … for 6 years.”

“His children are like my own siblings. They are from the Hai Lam clan, and we had lunch and dinner together in their kitchen. Until now, I still maintain my relationship with them,” he added.

Meanwhile, it is also reported that Zahid has a Chinese godmother who he visits almost every Chinese New Year.

Watch the video of him speaking Chinese below:

What do you think of the video? Were you surprised to hear Zahid speaking Mandarin? 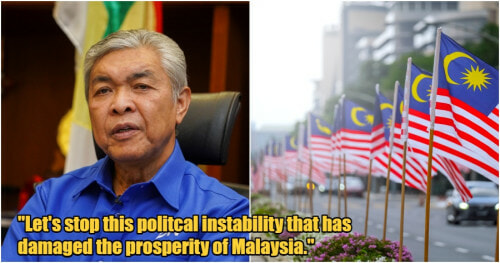