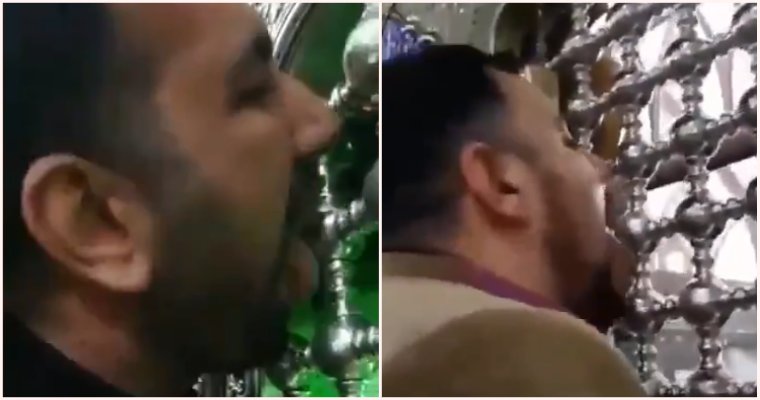 The Covid-19 virus is no joke. While many people in foreign countries such as Italy, France, Spain and Germany are feeling highly threatened by the wide spread of the disease, those in other nations are feeling the need to prove the higher power that they believe in will protect them from getting infected.

So much so, that the people of Iran are licking the shrines of their Gods to show the world that they have no fear of the potentially deadly disease, as according to LadBible.

Masih Alinejad took to her Twitter profile to showcase a video that has surfaced online, where a man can be seen proudly licking a shrine while telling the world he is not afraid of the virus.

While the city of Qom is the epicentre of #CoronaVirus in Iran, authorities refuse to close down religious shrines there.

These pro-regime people are licking the shrines & encouraging people to visit them.

Iran's authorities are endangering lives of Iranians & the world pic.twitter.com/s9o6zYhzNQ

She wrote, “While the city of Qom is the epicentre of the Coronavirus in Iran, authorities refuse to close down religious shrines there. There pro-regime people are licking the shrines and encouraging people to visit them. Iran’s authorities are endangering the lives of Iranians and the world.”

The man in the video can be heard saying, “I’m licking this and I don’t care what happens.”

He then proceeds to lick the shrine as other men recite prayers around him. After taking several licks, the man added, “I’m not scared of the Coronavirus.”

Another man showcased in the video told the camera that he had heard rumours that people were afraid that a shrine could spread the disease.

“I am here to lick the tomb so that I can fall ill. This way, I’ve removed the viruses. You can come and visit,” he said.

“I have subjected myself to the Coronavirus. I hope you will come and visit it,” he added.

It’s truly something else to see people put their lives in the hands of faith but is risking their lives and the lives of others in a show to prove belief really necessary?

We genuinely hope that the authorities look into this matter, as they are not only endangering their own lives but the lives of others who didn’t choose to participate in their spiritual experiment.

Masih’s posting has since garnered over 2,300 retweets. 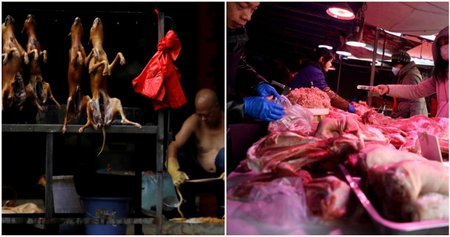