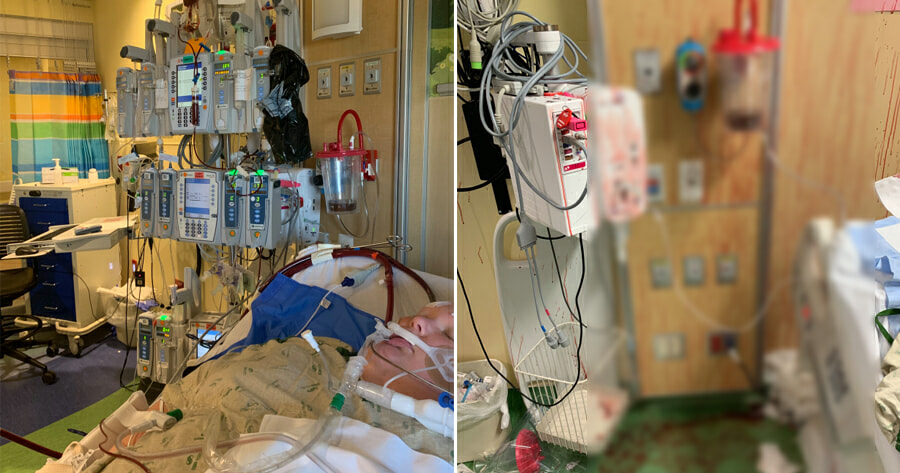 Photos circulating on the Internet show the horrifying outcome of the death of a 13-year-old boy who succumbed to Covid-19 and various other illnesses.

Peyton Baumgarth, from St Louis, Missouri, tested positive for Covid-19 and was admitted to SSM Cardinal Glennon Children’s Hospital but died a few days later after he had a horrible coughing fit that splurted blood all over the hospital walls. 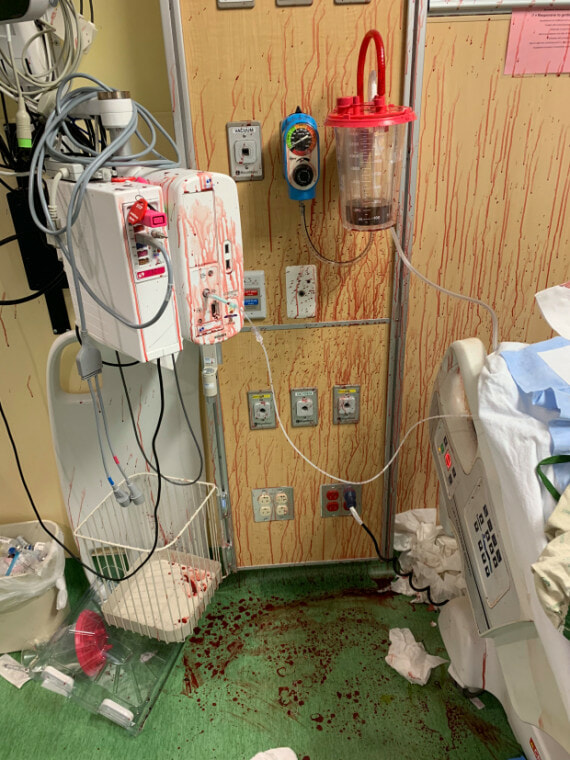 His mother, Stephanie Franek had previously tested positive for Covid-19 on 25 October, after which she and Peyton began to experience mild symptoms and quarantined themselves.

“His symptoms didn’t seem life-threatening and we didn’t do a whole lot other than watch Netflix movies,” she said.

However, Stephanie began to notice that Peyton couldn’t continue a conversation and that his fingernail and toenail beds had turned blue. She brought him to the hospital and was horrified to discover that her son’s oxygen levels had dropped to just 44%. A healthy person’s blood oxygen levels are between 95% to 100%, according to Mayo Clinic.

Peyton was in the emergency room for about an hour before the doctors decided that he needed to be put on a ventilator. Peyton also suffered from thyroid problems and asthma, but Stephanie didn’t consider him to be at risk of Covid-19.

The Sun reported that Peyton was treated with extracorporeal membrane oxygenation (ECMO) where blood is temporarily removed from the body to allow artificial oxygenation of the red blood cells and the removal of carbon dioxide. 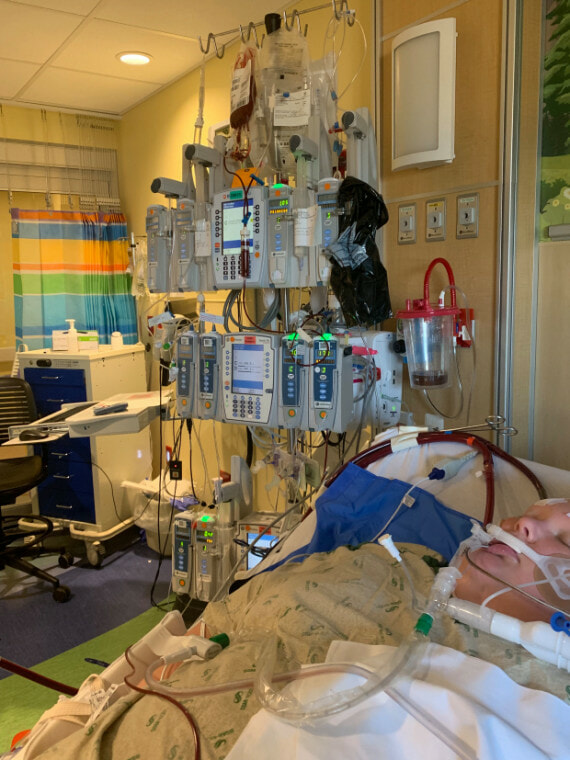 However, his conditioned suddenly worsened on 31 October when he had a coughing fit and began to haemorrhage in his chest.

“The surgeons were trying to replace the ECMO and they were doing CPR to help circulate his blood because his pulse was so weak and his oxygen levels were so low,” Stephanie said.

As doctors tried to replace the ECMO tubes in Peyton’s neck, the blood that had accumulated in his chest sprayed all over the walls with some droplets even hitting the ceiling.

Stephanie could only watch as 10 nurses and four doctors struggled for over an hour to save her son’s life before he was pronounced dead. 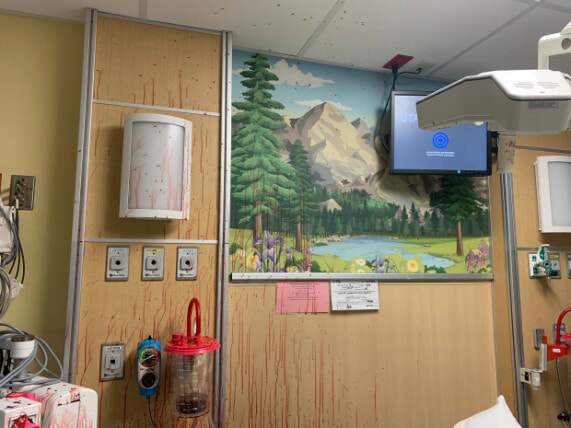 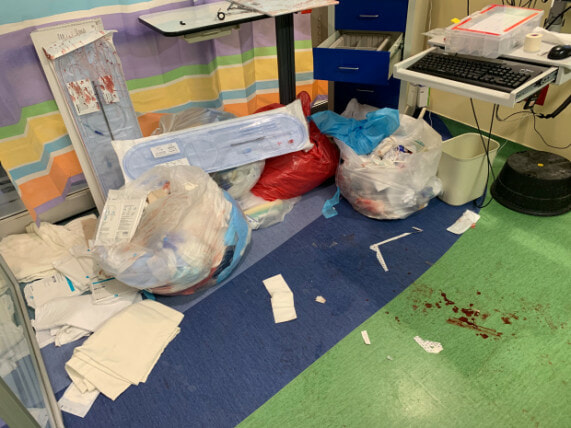 “Never did I ever think this was going to happen,” Stephanie said.

“You don’t hear about kids getting Covid and it being that serious. I was just in shock.”

Furthermore, Stephanie also lost her sister to Covid-19 on 7 December where her sister was also put on a ventilator and received ECMO.

Stephanie shares this story about her son’s death in hopes that Americans will take Covid-19 seriously.

“I hope people will take Covid more seriously and not say it is a political agenda or some type of fakes news or that it is the same as the flu,” she said.

“We were so very careful. If we ever went anywhere, we always wore masks and we always washed our hands and used hand sanitizer and we still got Covid.”

“Our hearts go out to all the healthcare providers who are battling this on the front lines every day.” 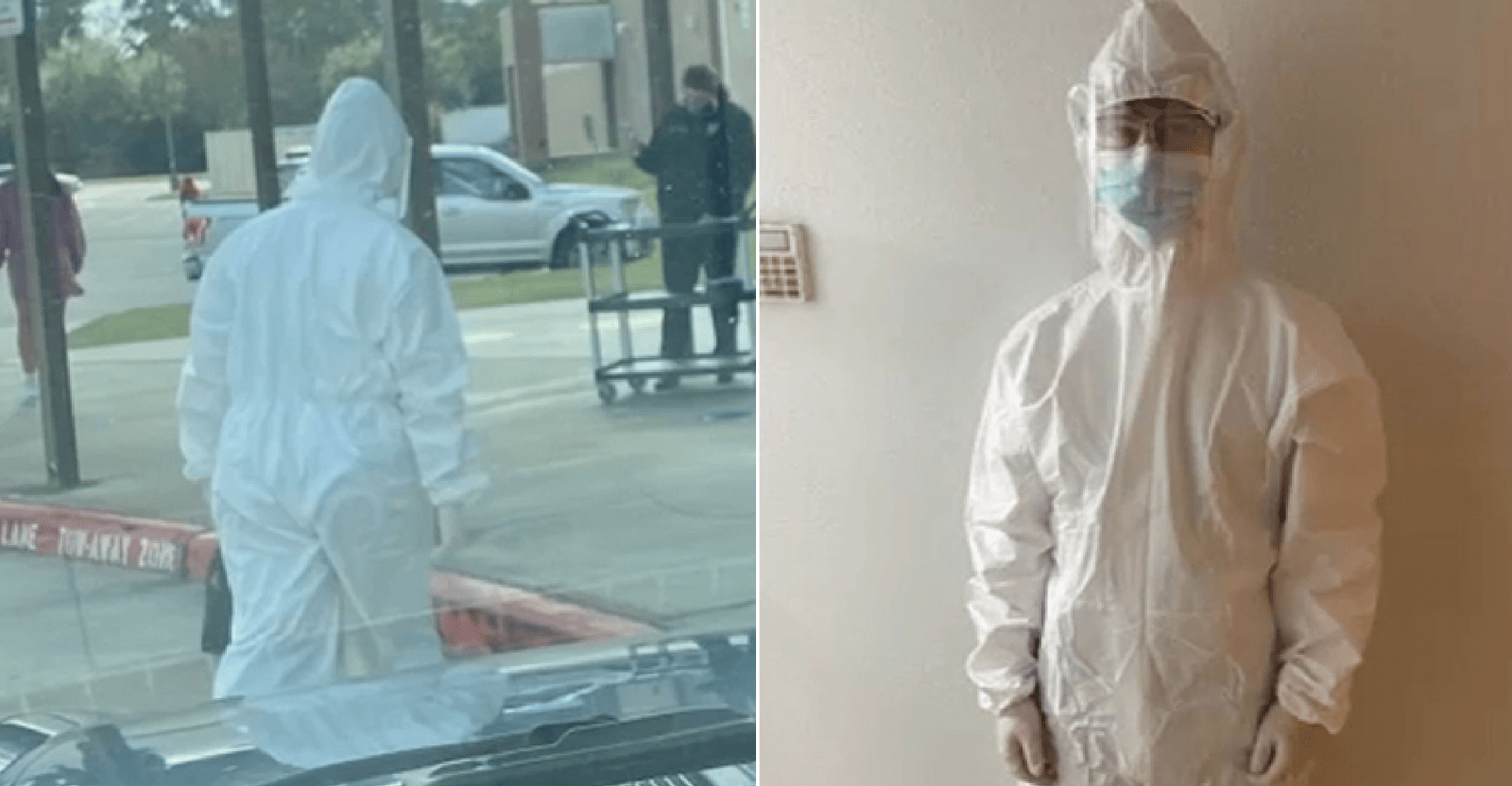