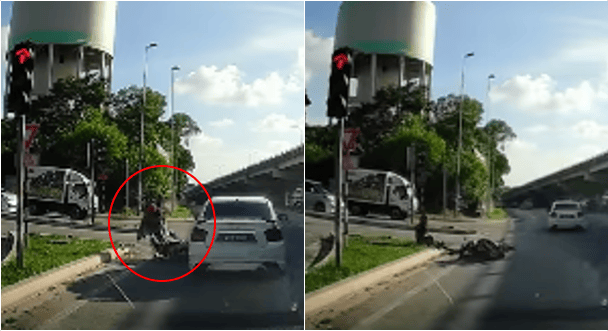 From the date of the dashcam recording, the heinous incident occurred at around 5.36 pm on 24 April 2021 at a busy intersection. A white Honda City with a vehicle registration number, WXT 9505 was recorded to have hit a motorbike on the road.

From the video, we can see that the driver of the Honda City was waiting for the traffic light to turn green but decided to just move because the intersection was clear. Because of this, the driver rammed into the motorbike that was coming from the other lane.

Fortunately, the rider managed to jump to the side of the road, preventing himself from being run over by the car. His motorbike, however, can be seen to have been damaged by the white Honda City. Thanks to the dashcam recording, the vehicle registration number of the white Honda City can be clearly seen.

Hopefully, the driver can be brought to justice soon to pay for his or her recklessness that has put the lives of other road users in danger. 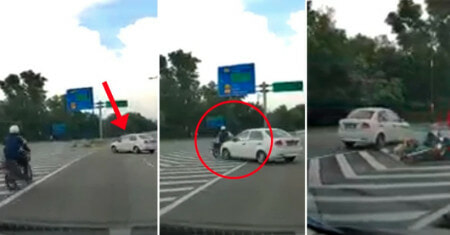