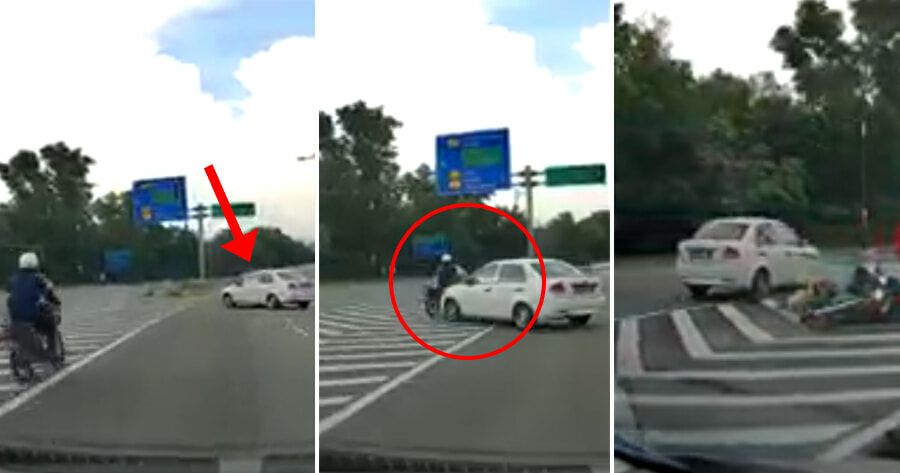 Disclaimer: This article contains images and videos that some might find distressing.

The police are tracking down a driver involved in a hit-and-run accident on 14 April at Jalan Tun Abdul Razak – Lebuh Ayer Keroh, which left a motorcyclist injured.

In the 5.15pm incident, a white Proton Saga had seemingly entered a wrong lane and was seen trying to switch lanes by driving almost horizontally across the road divider.

An oncoming motorcyclist was unable to dodge the Proton Saga in time and crashed into it. The Proton Saga immediately took off and left the scene of the accident, as seen in a video.

According to the head of the state Traffic Investigation and Enforcement Department (JSPT), Superintendent Hasan Basri Yahya, the driver of the car has not come forward to make a report.

However, he said information has been obtained about the 27-year-old motorcyclist, who was injured in the back and left thigh as a result of the accident, reported Harian Metro.

“Efforts to track down the driver of the car are underway and we are asking him to come forward to assist in the investigation,” he said.

He added that the case is being investigated according to Section 43 (1) of the Road Transport Act (APJ) 1987. 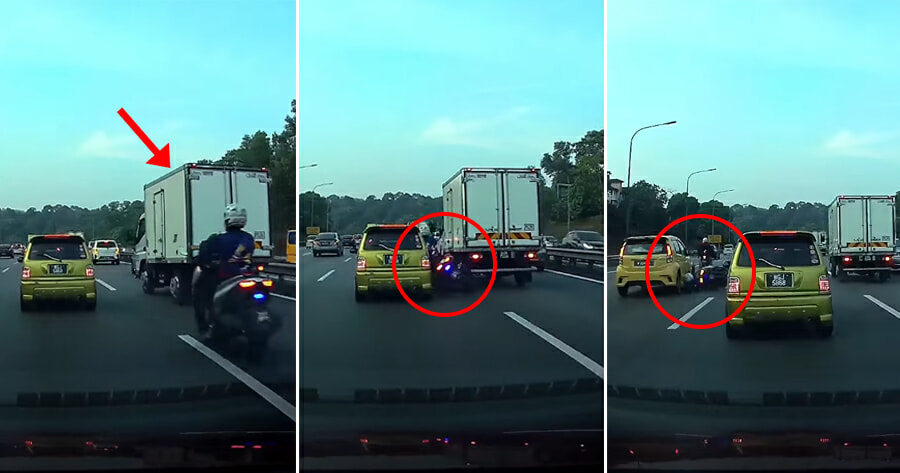